Images of real coins used as “rewards” in games

There are some educational math "games" for androids targeted at pre-highschool students.

Since their goal is to make learning fun, they some times include rewards which are visually appealing to promote certain actions (repeating exercises, coming back for more, playing regularly, etc). Those rewards are not purchasable, tradable or exchangeable, and are purely there for cosmetic purposes.

Some of those rewards are depicted as real images of coins. For example answering correctly a difficult question could give +1 to the count of the user's gold coins. 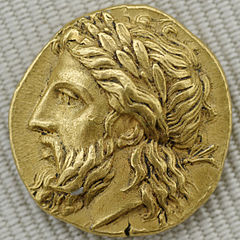 Could this be interpreted as false advertisement? Since someone could ... mistakenly assume that by playing the game he can win 100 gold coins aging 2500+ years.

What is the general practice when it comes to "rewards" being depicted as monetary items?

Some extremely popular games contain the following in their Terms Of Use:

The Virtual Currency and Virtual Goods have no real currency value.

But then again, their coins are not photos of real coins, they are just drawings.

someone could ... mistakenly assume that by playing the game he can win 100 gold coins aging 2500+ years.

Not the answer you're looking for? Browse other questions tagged software currency or ask your own question.