Can a US passport be used in advertisements?

I recently saw an ad on facebook using a picture of a passport, and it seems a bit fraudulent but I can't any law restricting the use? So, is this allowed or are there certain cases for which it is allowed? 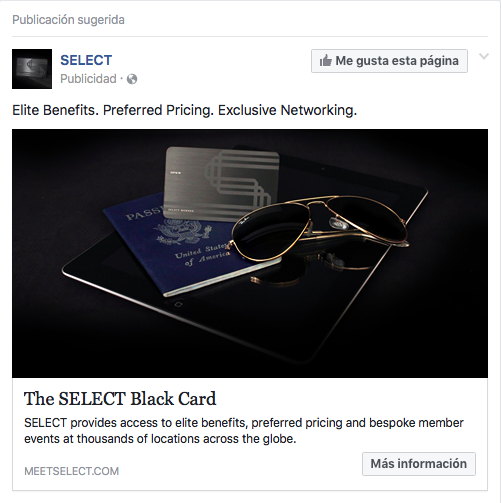 The picture shown is not fraudulent or problematic. Fraud involves using a false representation (or concealing a fact) in order to obtain a result that would not have been possible to secure without the misstatement or concealment.

No one is using the photograph of the exterior of a passport (which is identical for all U.S. passports) to obtain any immigration benefit or for a non-U.S. citizen to obtain citizenship. All that is being done is visually associating international travel (which would usually be done using a passport) with a credit card that can be used internationally.

Since a passport is a federal government document, it is also not protected by trademark or copyright laws -- the exterior, generic design of a passport is in the public domain. It can't be used for a purpose to mislead someone about citizenship or immigration benefits, but otherwise, it can be used for any purpose.

I suppose that you could be interpreting the photograph (on a Spanish language speaker's facebook feed) as implying that by getting this credit card you will also get a U.S. passport and cool sunglasses, but that would be a patently unreasonable assumption in this context, particularly in light of the clarifying caption at the bottom, and, of course, many people who speak Spanish as a primary language have legitimate U.S. passports (including more or less all passport holders in Puerto Rico).

You could also, I suppose, be interpreting the appearance of the passport as some sort of implicit government endorsement of the product when the government does not, in fact, endorse the product, but again, nothing in the advertisement that I can see that can be reasonably interpreted as conveying that message.

Not the answer you're looking for? Browse other questions tagged fraud advertisements passport or ask your own question.

2
Can a person get in trouble for using an altered photo ID?
0
Do any UK laws dictate how a person's title shall be determined on their passport?
1
Stolen passport and loan is taken or company opened who is liable for fraud?
22
What might be illegal about a company using deceptive phone calls to establish a contract and seeking payments under it?
3
Do we have attempted fraud laws like we have attempted murder?
8
Passport requirements for travel between a US territory and a US state
0
Is a passport proof or presumption of citizenship?
25
Is it illegal to withhold someone's passport and green card in California?
17
Is it illegal in any western jurisdiction to hold a fraudulently obtained but legitimately issued passport of another country?