What is the legal take on the trolley problem?

From the Wikipedia page on the trolley problem:

There is a runaway trolley barreling down the railway tracks. Ahead, on the tracks, there are five people tied up and unable to move. The trolley is headed straight for them. You are standing some distance off in the train yard, next to a lever. If you pull this lever, the trolley will switch to a different set of tracks. However, you notice that there is one person on the side track. You have two options: (1) Do nothing, and the trolley kills the five people on the main track. (2) Pull the lever, diverting the trolley onto the side track where it will kill one person. 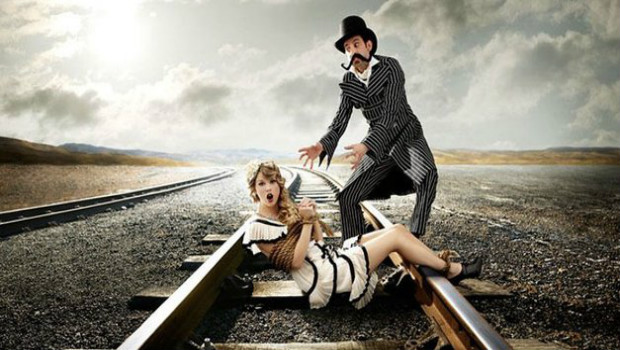 Doing nothing is legally safer than doing something, but you're not without hope if you pull the lever. Although you'll likely have committed murder or at least manslaughter, case law is littered with lenience in exigent circumstances, even where convictions have been affirmed.

Because this is a philosophical problem, there are plenty of opinions from that perspective, but not so many from a legal standpoint.

Let's assume that you're an innocent bystander, (not an employee of the railway company or the train company, etc) and have no duty to act.

If you do nothing, then it is unlikely that you would be charged with a crime - you had no duty to fulfill, and therefore not negligent. There's little doubt that not pulling the lever is the safer option.

More interesting is when you choose to pull the lever - then it's probable that you would have charges of murder, or at least manslaughter, brought against you by the state. What defenses does the law offer?

Let's assume that you are aware that pulling the lever will kill a person.

The primary defence is a legal principle of necessity: where your criminal actions are not protected or excluded by some other statute or principle, the fact that you were obliged to take this action in order to prevent some greater harm may safeguard you from penalties.

There are certain elements of necessity:

I see such a defense only possibly falling over on (4), where the prevented and caused harm, in the case of human lives, are inherently very subjective.

Unfortunately, each state has different rulings regarding the threshold for evidence of this defense.

One of the most famous cases where necessity was attempted as a defense to murder, with remarkable parallels to this hypothetical, is that of R v Dudley and Stephens:

This case concerns essentially the choice you're making in the trolley problem: either the four crew members were going to die, or one of them would definitely die and the others might live. It's easy to say that they should have just waited, but they didn't have the benefit of hindsight.

It's also a great example of a situation where although the law says one thing, it doesn't align with our morals and ethics, and while it's a UK case, I would wager that almost every lawyer in common law countries would have heard about it.

A perspective for the Czech Republic:

You are probably safe either way.

If you don't pull the lever, you might be guilty of Failure to provide help, but that requires you to be able to "provide help without any danger for self or another". Clearly, helping here endangers somebody, so you are not required to help.

If you pull the lever, you might be guilty of Murder, but the qualifications for dire need state that: If you commit a crime in order to prevent a danger, you are not guilty as long as you didn't cause a harm of the same magnitude or greater than the one you prevented. Regardless of philosophical discussions, I believe the law considers the death of multiple persons a worse outcome than the death of a single person (we can infer this from the fact that a more serious penalty is prescribed for a man who kills two people simultaneously than for a man who kills only a single person). Because pulling the lever kills one and prevents the death of five, you are causing lesser harm than would have occurred initially.

It doesn't matter whether you're professionally qualified to pull the lever. What might matter is whether you knew what pulling the lever would cause as you pulled it.

You're better off from a legal perspective to do nothing.

My answer is solely based on this Wikipedia article I found.

The details of good Samaritan laws/acts vary by jurisdiction, including who is protected from liability and under what circumstances.[23] Not all jurisdictions provide protection to laypersons, instead protecting only trained personnel, such as doctors or nurses and perhaps also emergency services personnel such as trained police, fire and EMS workers.

Ethics, morality and law usually comport. But not always.

I think you have successfully recognized a scenario in which the law, if followed to the letter, results in a suboptimal moral outcome. Maybe one could argue one life is just as valuable as five? But, theoretically, the scenario could have been constructed to make the comparison between one life and five thousand. Or five million. And instead of a person, it could be property that would get destroyed given the action choice versus one or more lives lost given the non-action choice. Thus making a clearer distinction between the better moral outcome.

The law is not set up to handle these individual "loophole" scenarios. So it should be no surprise to find many hypothetical examples one can construct to illustrate this.

By way of comparison, Judaic law is practiced in the U.S. The conclusion under that legal system is the same. As this Stack Exchange question and answers point out.

I'm not a lawyer. So if you have a real situation you need help with, please hire a real lawyer and don't follow my advice or any advice from strangers on the internet.

Not the answer you're looking for? Browse other questions tagged united-states criminal-law or ask your own question.

1
Is it legal to use pictures I take of places on a website without the property owner's permission?
2
What is the legal term for the plea where the defendant admits the action but denies wrongdoing?
0
Statement may be misunderstood as admission: is this a problem?
3
Is it technically legal to take a young child into an opposite sex rest room?
3
What happens if a country refuses to take its citizens back?
11
I was racially abused at a public park. What legal actions can I take?