I couldn't move in right away, can I claim my deposit back?

I have got an issue in a tenancy agreement in the UK.

On Jan 8th I visited an apartment. The agent told me the tenant's notice runs till Jan 31 but he said he would leave earlier.

I have accepted to rent the apartment starting Jan 16th, and the agent insured me that I would get refunded of everything if I don't move in by Jan 16th. He told me that the date is indicated on the agreement.

Now the tenant didn't move out and I have found another property. I thought it would be ok since I would get refunded. But now the agent says the deposit is not in his hands, and the building (they have like 200 apartments) say they won't refund since I have made the reservation, which starts in Jan 31.

They say the contract says "Jan 16th" is a "proposed moving date", nothing else. So clearly the agent screwed me and made me sign something and explained something else and telling me I had guarantees I didn't have. Note that Im not a native English speaker.

The agreement is attached, please let me know if I can do anything : small claims court, ... ?

Note that I have recorded a phone conversation with the agent where he says I will get refunded by both parties. (he didn't know I recorded) I made it before I paid for the new property.

Thanks in advance for your help 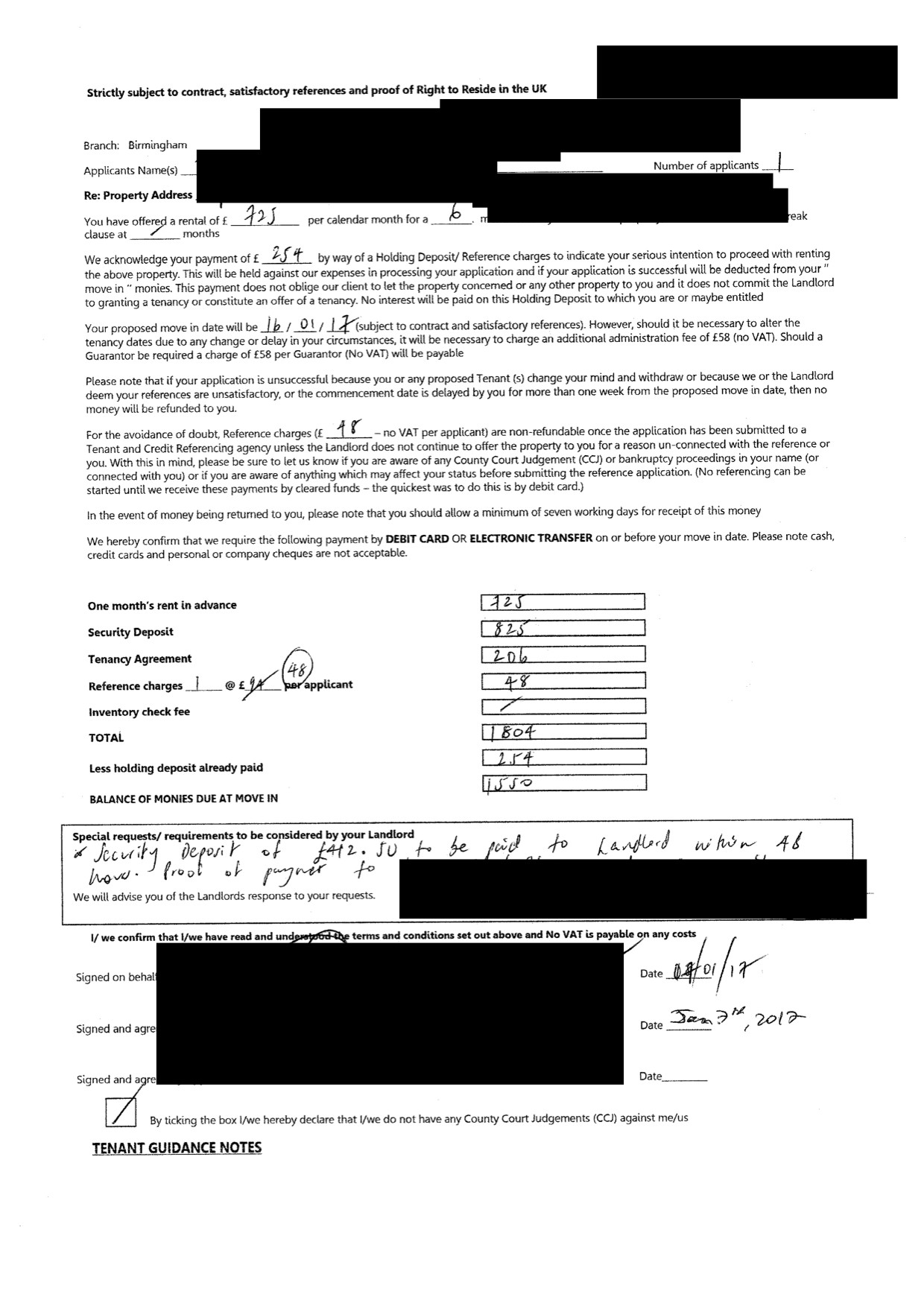 The fact that you're not a native speaker of English doesn't alter the legal situation. If you literally had no understanding of English but for some reason you signed a piece of paper, then you might argue that there was no agreement in the first place, but obviously you do speak some English. Most people don't actually understand what contracts mean (on both sides). Contracts are still enforced, based on what the contract says.

The move-in data is proposed, not firm, and it even indicates what the charges are if your circumstances change and the dates have to change (whereas is their circumstances change, they wouldn't have a basis for charging extra). It also does say that there will be no refund if you change your mind. So the piece of paper says "No refund". The problem seems to be that there's an "agent" whose statements you relied on, who is ultimately responsible for this problem, and s/he implied that you could get a refund. It's not clear what kind of "agent" this is (is he working for you, or for the owners?). You'd have a somewhat different legal basis depending on which it is, but you could sue someone in either event, assuming that you could actually persuade the court that you were given false information which you relied on.

Not the answer you're looking for? Browse other questions tagged united-kingdom rental-property real-estate landlord tenant or ask your own question.

3
Is it legal for a landlord to prorate additional days of rent without mentioning price?
1
30-day notice to landlord in Massachusetts: can the rent responsibility end at the end of the month in which the 30-day notice falls?
0
Landlord lost 60 day Notice
2
Lease Terminated, Tenant Has Not Moved Out Yet and Cannot Pay Rent
6
Letting agent lying (UK)
2
How to report Airbnb income in tax return?
2
If landlord insists/pressures tenant to move out early should mutual agreement to end tenancy be signed?
1
My bicycle was stolen and I feel like I'm entitled to some compensation
1
Should I sign apartment condition form before inspecting apartment?
1
Can Landlord Make Changes To Apartment Fee Policy In A Memo?