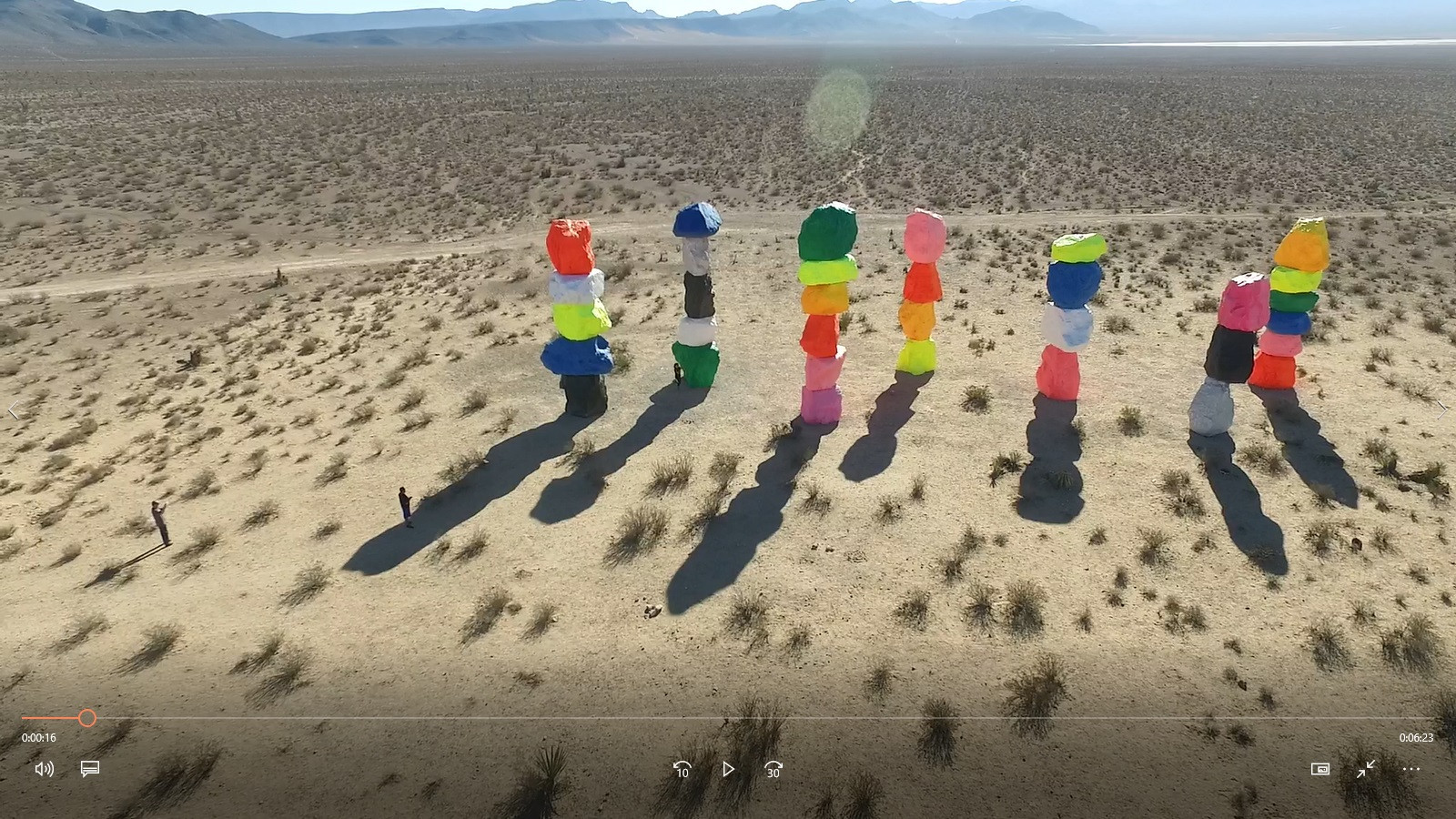 I have taken many photos there, the one above I took, well its a frame from a movie from my drone.

I am out a few weeks ago and I notice a small sign, that says photography is fine for personal use, commercial use requires written permission from...Well I will quote from the website

"Photography by visitors is permitted only for private noncommercial use.  Professional photography equipment (e.g., tripods, lighting umbrellas, etc.) may not be used or brought onto the premises.  Photographs taken on site may not be sold, licensed, distributed, or commercially exploited in any manner whatsoever."

So I am not a commercial photographer, how ever this policy bothered me on a number of levels. My first thought is that just because you say so, it does not mean it is so. Or in other words I think the policy is a bit of a bluff. I think I still own the photo below and any value I might gain from it would be the product of my work as the copyright owner.

So I am wondering, if someone offered me money for this picture I would then be in violation of their terms, are these terms actually binding on someone? And does someone down the line IE the artist, the company that organized/provided the funding, the US Gov(its on public land) have some claim on royalties if these pictures actually had some commercial value, like say ad revenue from a YouTube video?

I have now posted the picture on SE, a commercial venture, I also have a video on YouTube, another commercial entity, anybody have a legitimate monetary claim? Take that last question as rhetorical, I am really asking if "they" would ever have any kind of actionable copyright infringement claim on any work just because their art is in a picture?

Just to be clear:

I would like to thank Dale M for his answer, I put some questions in the comments section of his answer, I was really talking to myself Dale, not really questions I expect you should or could answer.

I have for the last few hours been looking around the net, and I was able to find the particulars of the land use that the Seven Magic Mountains are granted. They have a right of way (ROW) from BLM. This is the same ROW that the BLM grants anybody that wants to put something on BLM land like power lines, roads etc. They are renters and have no particular rights beyond permission to put the sculpture on BLM land at this location for a couple of years (and watch out for desert turtles).

Their thing about commercial photography may be a bit overstated, especially the comment that

Professional photography equipment (e.g., tripods, lighting umbrellas, etc.) may not be used or brought onto the premises.

Photographs taken on site may not be sold, licensed, distributed, or commercially exploited in any manner whatsoever."

According to the BLM, on BLM land one can essentially photograph rather you are a professional or amateur and there is no particular language that even implies what gear is or isn't allowed. However a permit is required for certain filming and photography, such as filming movies, commercial products and photographing in non public areas or if sets and props are involved.

It seems the BLM is interested that you do not leave a mess, trespass etc., they don't seem to have any interest in fair use and copyright or have any vested interest in protecting users of all and any types from possible infringement, guess BLM just don't think it's BLM's business. A search on the keyword "Drones" netted no results that indicated BLM had any policy that limited use of drones beyond FAA regulation.

I left one key thing out, an over site. The signs posted on site said you needed permission from Seven Magic Mountains to film or photograph for commercial use.

So let me rephrase the question a bit:

Does having a public work of art on a ROW, on BLM public land, public land with anytime public access, give one extra weight with fair use rights or to deny or allow permission to BLM allowed public uses, because one has posted a fart in the wind contention on a sign? Or a shorter version, is that website language and sign a bluff?

Your photos of their copyrighted sculpture would constitute "derivative works" or "copies" of their sculpture in a different form, thus infringing the copyright, absent a statutory exemption or a license. They have granted a license for certain limited uses. You would have the burden of proving a statutory exemption, such as "fair use", or compliance with their license, were you to be charged with infringement. Commercial sales of photos of someone else's art, displayed in public, are not "fair use".

Similar issues are raised in https://photo.stackexchange.com/questions/4140/what-are-the-copyright-issues-when-selling-photos-of-public-art

Disclaimer: I am not a lawyer.

Fair use is a very tricky area of copyright law. But I think you'd lose on this.

In general, you cannot take a photograph of a sculpture and then sell the photo without permission from the sculptor. See, e.g. Ty vs Publications International, 333 F. Supp. 2d 705 (2004). A publisher printed a book containing photographs of Beanie Baby stuffed toys. Stuffed toys are considered "sculpture" under copyright law. The manufacturers sued for copyright infringement and won. The court ruled that the pictures were just a different way of presenting the same thing.

Or Gaylord v United States, 595 F.3d 1364 (2010). An artist created a sculpture for the Korean War Veterans Memorial in Washington DC depicting 19 soldiers. The Postal Service made a stamp with a picture showing (most of) the sculpture. The court ruled that the stamp was not fair use and the Postal Service had violated the sculptor's copyright. Oh, and just occurred to me, that sculpture is on public land.

On the second part: I doubt that using "professional" photography equipment versus a simple amateur camera would have any effect on a fair use court case. None of the criteria for establishing fair use have anything to do with the tools the defendant used to create the copy. I'm not a copyright lawyer, but I would be very surprised if a court said that a photograph taken with a cell phone is fair use but the exact same photograph taken with an expensive professional camera is not.

That said, a copyright owner can set just about any conditions for use that they want. They can't take away your fair use rights, but if you do not qualify for fair use, the copyright owner decides what conditions you must meet. If he wants to say that only people wearing orange shirts are allowed to take pictures of his work, I'm not aware of any law saying he can't set that condition. (Of course if he said that only white people are allowed, he'd run into civil rights issues, but there's nothing like that here.)

It appears that "Seven Magic Mountains" does not own the land, nor does it have the kind of lease that would restrict access to the land, so they have no legal basis for forbidding tripods or other particular kinds of photography equipment.

If a photograph is so designed that it has a sculpture as a central element, or as the "focus" of the photo, then it will be a derivative work of the sculpture. In that case, the owner of copyright in the sculpture has the right to grant or withhold permission to take the photo at all, or to reproduce or distribute it, and can condition that permission in whatever way he, she, or it chooses. This can include a "no commercial distribution" condition. If the photo is made or used without such permission or in violation of the specified conditions, the copyright owner may sue. In such a suit, the issue of "fair use" might be raised (in the US) as a defense. Whether that succeeds will depend a good deal on the way in which the photo is being used or is planned to be used. It will also depend on other things, such as the market or potential market for the sculpture or photos of it. There are not enough facts in the question to determine this, and such determinations are always case-by-case.

However, if the photo is a landscape photo in which the sculpture simply appears as an incidental element of equal weight or significance to many or at least several other elements, then it is not a derivative work, and the holder of the copyright on the sculpture has no rights over the photo at all.

Note that a photo similar to the one displayed in the question would pretty surely be considered to focus on the sculpture and thus to be a derivative work.

Being on public land, or along a right-of-way, will not affect the merits of a fair-use claim one way or the other, except that being on public view might be relevant to what commercial market there is, if any, for the art or photos of it, and that is one of the fair use factors.

They have no copyright claim to your pictures.

However, the owner/occupier of land can limit what is permitted on their land. If you or your drone were on/over their premises: any photos you take are subject to whatever restrictions they imposed. By entering their property in knowledge of the conditions you have agreed to a contract - break it and they can sue you.

For discussion of the misunderstood term "public space" see What is the definition of a "Public Space" for photography?

Not the answer you're looking for? Browse other questions tagged united-states copyright intellectual-property or ask your own question.

2
What is the definition of a "Public Space" for photography?
1
publishing images of public art in US

4
Copyright on User Form Design/Layout
1
Copyright status of photographs published in 1924 by, and created by, the International Boundary Commission
2
Is a local regulation preventing the operation of a UAV legal?
3
Is it copyright infringement if I make a work of art that has already been made before?
1
How does copyright law apply to reusing images from before the 1900s?
2
US Copyright Question
1
Archaeological sketches of visual works of art in public domain
0
Legal use of public event videography on a company page