If an app doesn't have a licence, can anyone use it in anyway?

Most apps you install on MS Windows get you to agree to their terms of service before using it. If an app doesn't come with any sort of agreement, does anyone who possesses a copy have the right to use it? Can they do whatever they want with it?

I'm talking about these sorts of things and don't really get their point. The first sentence after 1. is about granting the user the license as long as they follow the agreement, but why is it necessary to have a license at all? If you find a disk on the street, put it in your computer and run a program off it that doesn't have a license, are you breaking the law for using a program without license? 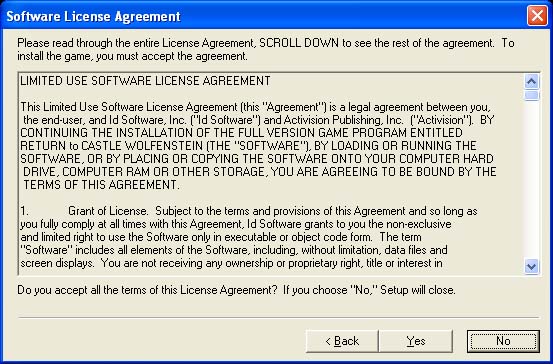 Everybody needs a license to use software. A license is permission to make copies, and under copyright law, you can only make copies with permission of the rights holder. You cannot use software on a computer without making a number of copies (most of which are made semi-automatically by the computer).

If you own a copy of the software, you are allowed to do anything with that copy (not make other copies, but otherwise, whatever you want). This is the so-called first sale doctrine. However, it is very rare (perhaps nonexistent) that anybody "buys a copy of the software", in fact it is not at all clear what that would mean. When you buy a disk that installs software, you are buying two things: (1) a physical disk, and (2) a license to use the program in a specified way. Without the license, you only have a disk which can be used as an expensive coaster.

Found disks are not an escape hatch that circumvents copyright protection. Suppose you buy a copy of Word, then installed it; then toss the original disk. Someone finds the disk, installs it, and tosses the disk. Ad infinitum: 1 legal and paid copy multiplies into thousands of free copies.

If you have an installation disk for e.g. MS Word which does not have a license (look for the license file), and somehow (somehow) suppressed the code that shows you the "you must agree" box, then you have an illegal copy of Word. If you have software that is supposed to be distributed under some do-anything license (e.g. CC-0) and there is no actual license on the disk (or similar means of distributing a license along with the software), they you don't know what you have. If you can locate the author, they may say "I put the license file on my web page, I guess the other guy didn't include the file, but as you can see, everybody has permission to use it, and you don't even have to include the license". In other words, there is permission, you just didn't know it. The same author might have even thought "If I put the software out there for all to download and don't restrict access, then I've licensed it". Or, the original author licensed the software as long as it is used non-commercially.

The problem is that the honest user cannot distinguish between pirated software and sloppily-distributed software, where the original author or the re-distributor has failed to include explicit permission to use. This is why software does and should have an explicit license, so that you know what you can legally do with the software.

Not the answer you're looking for? Browse other questions tagged contract-law intellectual-property software or ask your own question.

2
Would using Windows 10 Home on a PC in a build farm violate the license terms?
0
If making software for a client, is a EULA necessary even after signing a contract with them?
2
If there is no EULA with a program, can a person use it?
0
Can I use a proprietary software in my web service?
3
If running Linux on same physical computer as Windows, can one legally use Microsoft's files?
0
What is the law for sites like Fiverr in using purchased "creative works"
0
Is opening a blog, publishing technological/educational content on it and earning money via blogger earning methods like AdSense legal?
0
Is it illegal to use an unsupported version of software, without a license key?
2
Is it illegal to reverse engineer a software if the EULA prohibits it for all purposes?
2
Buy a computer/phone from Apple, disagree to the terms of service after purchase; what's the legal perspective