When in the NBA, a player with a two-way contract will accrue a day of service and make money consistent with an NBA rookie minimum...

Those are the words that struck me to ask:

From reading the articles , it seems like they are employees because of their inability to move freely to other teams because

How do short term contracts work in the NBA? 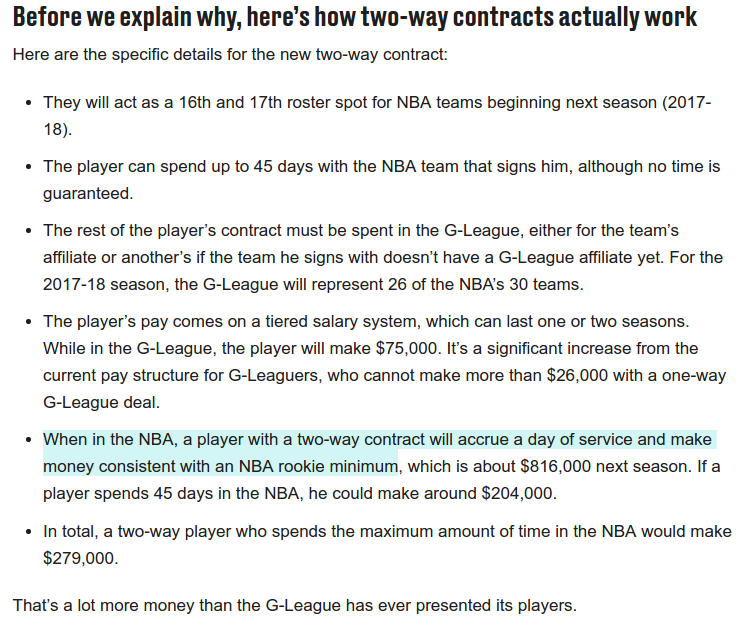 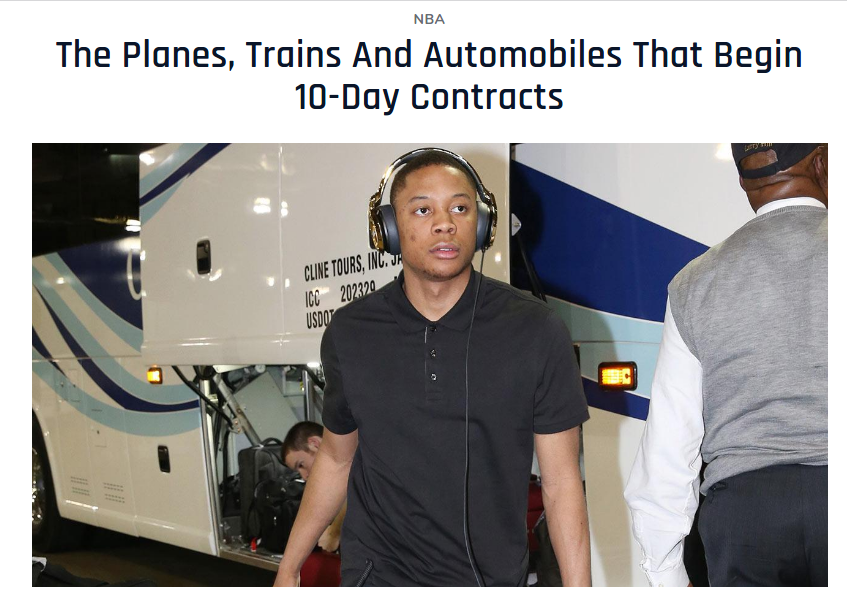 The Planes, Trains And Automobiles That Begin 10-Day Contracts

In the new collective bargaining agreement, the league has introduced two new roster slots where teams can sign players to “a two-way contract,” which allows them to spend a finite amount of time with their respective NBA team and the rest of their season with a G-League affiliate.

My understanding is that NBA players are classified as employees in this situation, but I have not seen any direct tax authority to that effect.

My conclusion is largely based upon the fact that state and local governments often impose taxes on professional sports players for the earnings they make while in their city and state at away games as employees. But, I have seen those reports only in secondary sources which do not always respect the niceties of tax law terminology.

One doesn't have to have a long period of employment to be an employee.

Not the answer you're looking for? Browse other questions tagged contract-law employment or ask your own question.

3
Are NFL athletes employees of their teams?

0
Looking for any case that connects an assault and the signing of arbitration agreements, possible duress
1
Cancelling the 3rd party service contracts
2
Is it legal to instruct an employee not to put contract concerns in writing?
2
UK - Joint Tenancy - Renewal/Replacement Tenant Fee