Can behaviour of a witness in a witness box affect the outcome of the proceedings?

I'm getting myself ready for the court hearing and I need to verify factual accuracy of the following statements. 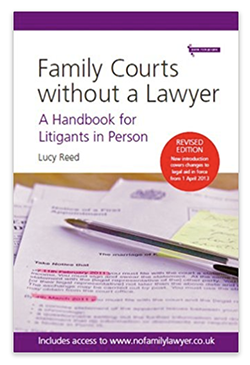 This type of evidence is opinion evidence, rather than factual evidence, although sometimes an expert will need to give evidence about what they have seen or observed as well as what their view is;

I admit that in my behaviour I was hyper-rational and put too much emphasis towards factual accuracy rather than feelings and emotions of another person.

Before I start investing time and energy into acting classes I would like to either confirm or debunk the body language part, as well as the other parts.

Witness demeanor is absolutely relevant, both to evaluate the credibility of a witness and in a matter such as a child custody case, to evaluate the merits of what constitutes the "best interests of the child" which hinges, in part, on the interpersonal social skills of a parent in dealing with the parent's children.

Before I start investing time and energy into acting classes . . .

Generally speaking, I would not encourage you to take acting classes. There is nothing that you can learn in a few weeks or months that will fool a judge. Instead, your inept acting effort will only make you look dishonest because, you are being dishonest.

If you are "hyper-rational and put too much emphasis towards factual accuracy rather than feelings and emotions of another person", you are better advised to focus on how your personality can have positive aspects, rather than trying to hide who you are in reality.

For example, you can emphasize how you have a detailed child care plan, are on top of the children's medical and educational needs, are stable in your work life, and may be able to interact productively with any of the children who share your tendencies in a way that a more neurotypical person might not.

In a family law case, the marriage itself, if the couple was married, is assumed to be a lost cause. And, pretty much nobody in a family law court has exemplary interpersonal skills. If they did, their relationships wouldn't have fallen apart, or at least, they would have worked out mutually agreeable parenting arrangements without court assistance.

You are better off acknowledging that you are not perfect and showing the court that you have good coping mechanisms than to fake being the person that you believe that the court wants you to be. Someone who has personality and temperament issues who doesn't admit that those are issues is a much bigger concern than someone who has issues but is aware of those issues and demonstrates a conscious attempt to work around or cope with those issues.

A common law trier of fact is not trying to determine what the facts objectively are: they are magisterial, not inquisitorial. Common law is adversarial, it assumes that if the right decision were obvious the parties would not be in dispute. The role of the trier of fact is to determine from the evidence placed before them by the parties what the facts are.

They have to decide what weight to give every piece of evidence: the way a witness presents that evidence in testimony is material to that weighting.

Not the answer you're looking for? Browse other questions tagged united-kingdom family-law court witnesses or ask your own question.

1
What is the point of having a witness sign something?
4
What does the witness oath mean in legal situations?
0
Who can initiate the legal proceedings for hacking?
5
Can a witness safely admit to committing illegal actions?
3
What are the Responisbilities of a Witness (Witness Signature)?
5
What's the point of prohibiting leading questions when unfavorable answers can result in witness being declared hostile?
0
Are there any cases where the witness has answered the cross-examiner to highlight what he is attempting,and what are the potential consequences
5
Is it possible that the prosecutor trying a case can become a witness of such case and be taken off it?
1
Can suicidal behaviour be a crime if others call the emergency services?
4
Can witness from another state be held accountable?