May I use common symbol (like #, §) as a logo for a company or product of a company?

May I use common symbol (like #, §) as a logo for a company or product of a company? As a trademark? What if I slightly change it? May it be a registered trademark?

(Related to the US mainly)

Symbols which are not entitled to trademark protection in a market, usually because they are merely descriptive or generic or functional, are in the public domain and may be used by anyone, but a person using a descriptive or generic symbol can't prevent someone else from using the same symbol to promote their own business.

For example, I can use the scales of justice symbol to promote my law practice on my law firm website. But, since that symbol is a generic one in the law firm market, I can't sue a competing law firm from using the same symbol on their website.

The essence of a protectable trademark that an owner of can legally exclude competing firms in the same market from using, is that your firm manages to infuse into the distinctive affectation for which trademark protection is claimed with what is called "secondary meaning" to the words or image or other manifestation of the trademark when it is used in the market where the owner of the mark wants to obtain trademark protection.

For example, descriptive trademarks are not eligible for trademark protection and are instead in the public domain and can be used by anyone in a market where the mark is descriptive.

But, if you use the words "doughnut shop" to describe a business that sells liquor or bras, rather than doughnuts, and those words come to be associated in the mind of the public with your particular chain of liquor stores or lingerie stores, then the words "doughnut shop" have acquired a "secondary meaning" which can be legally protected by trademark law allowing you to deny other businesses the right to use that trademark in the economic market where it has acquired a secondary meaning.

The analysis with respect to symbols is analogous.

You can't gain legal protections for using a common symbol in a manner that merely conveys its pre-existing common meaning.

For example, if you use the hashtag sign # to mean "number" or "pound", that probably cannot be legally protected by trademark law.

But, suppose that one particular firm (e.g. Twitter) uses the hashtag sign in a novel sense associated exclusively with a service that this particular firm provides, in a manner that is not semantically derived from its pre-existing meanings. In that situation, the firm might very well be permitted to claim trademark protection for the use of that common symbol in this new sense that has a "secondary meaning", which associates that symbol in a certain context exclusively with that firm, in the market where that firm does business.

Similarly, you could probably not gain trademark protection for the common highway "yield sign" design to mean "yield" or be careful or some other similar semantic meaning. But, if you used the common highway yield sign to sell spaceships, and people came to associate that symbol with the spaceships sold by your particular firm, rather than with spaceships in general, you might be able to secure trademark protection for the yield sign symbol in that marketplace.

For example, while Apple could probably not have claimed trademark protection for an image of a clock spinning clockwise while the user has to wait while the computer is thinking about something, Apple's distinctive variant of this image (which some people call the "pinwheel of death") might very well be eligible for trademark protection.' 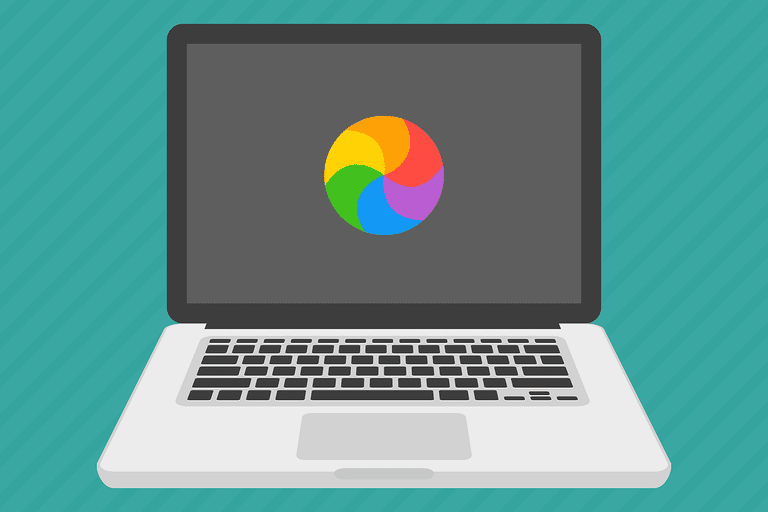 The AppleOS pinwheel of death

2
what happens if a brand or company's name is a common everyday word?

5
Can I use the ® symbol in the play store for a trademark registered in the Benelux?
2
Use of logo, trademark and brand
2
What is the penalty for unauthorized use of the registered trademark symbol ®?
1
Is it legal to use the TM symbol?
1
Are you legally obliged to show the registered symbol with a logo?
4
Use of Microsoft Trademark in Product Name
2
Does this German company really control the use of the term 'emoji'?
1
Is it trademark fair use to use company name/logo on your resume?