"... over 40 states had adopted a compulsory counterclaim rule."

but he didn't say their names. Who knows which states have such rule? (I found a table on the web with their names but I can't find them now.)

Advisory Committee on Rules of Court reported on October 1, 2007:

The rules in 42 states, the District of Columbia, and the 95 federal district courts reflect the judgment of almost all American jurisdictions, which have decided in the last 70 years that a defendant should bring any counterclaim available against the plaintiff as part of the original lawsuit if the counterclaim arises out of the same conduct, transaction or occurrence as the plaintiff's claim. 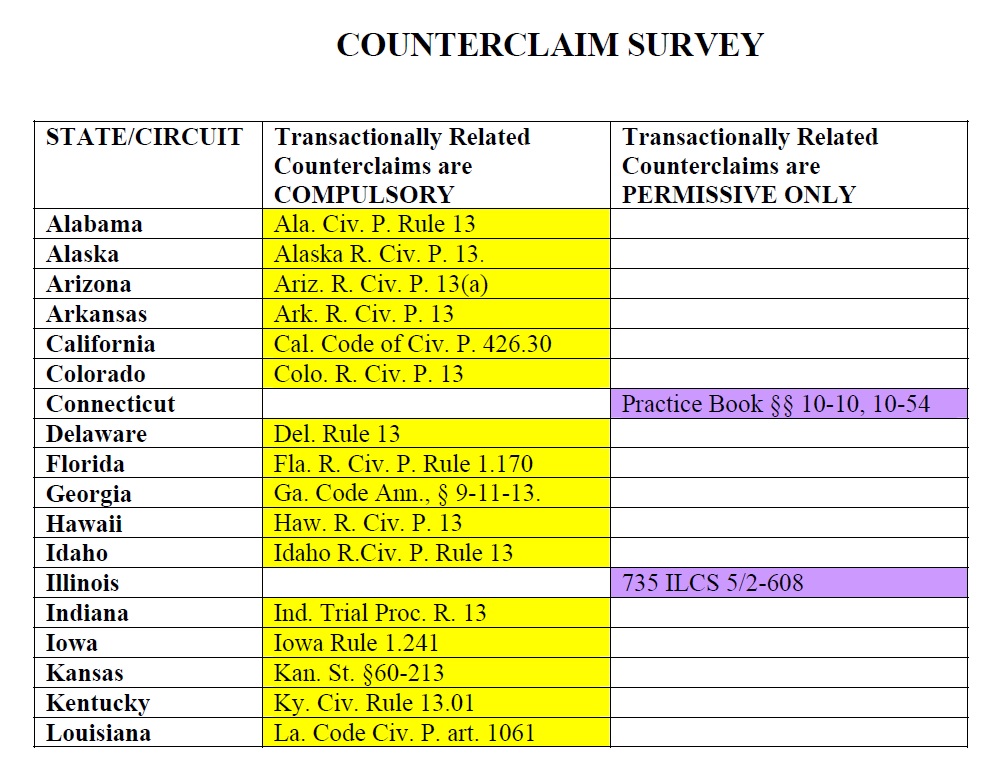 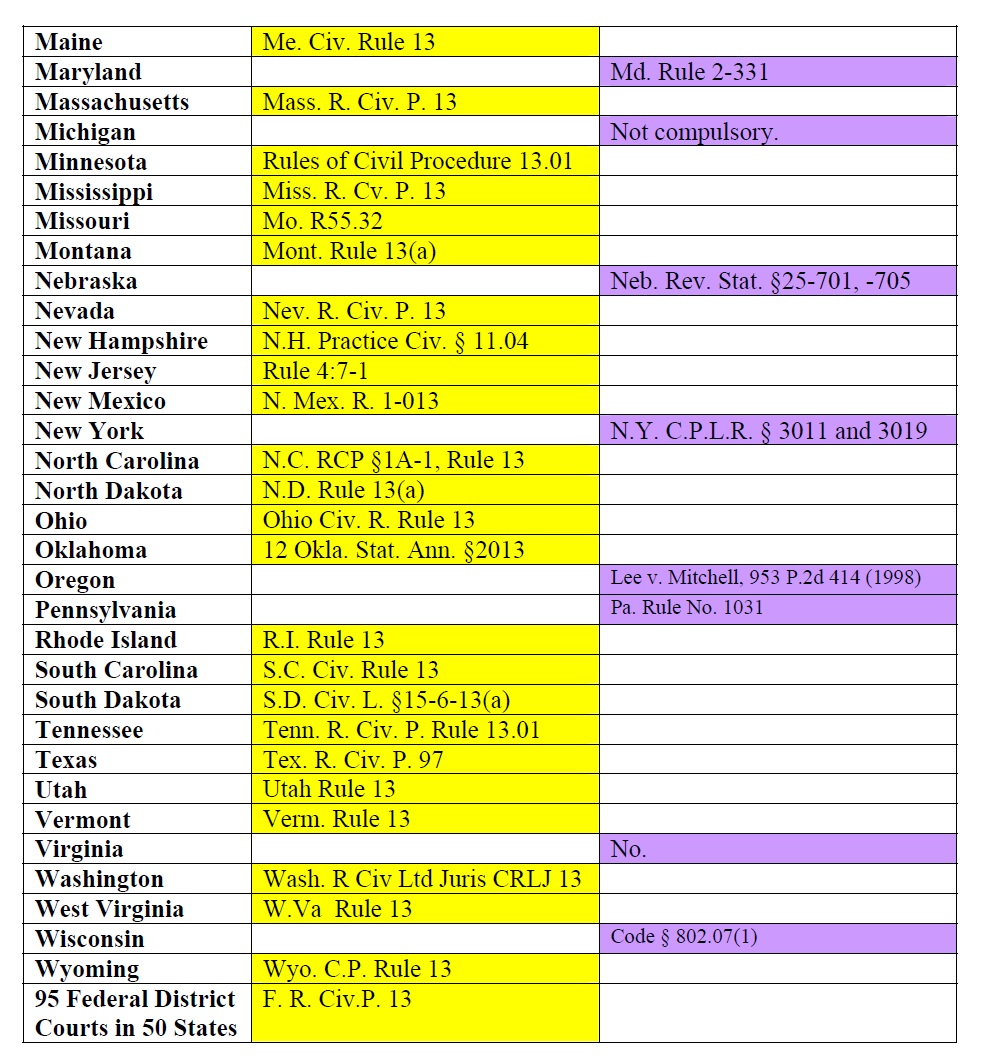 Not the answer you're looking for? Browse other questions tagged civil-procedure claims or ask your own question.

4
Federal Rule of Civil Procedure Rule 11
1
Prosecutorial discretion and jurisdiction
0
Do judges in Massachusetts always have original jurisdiction even in “trials by jury”?
2
Can Rule 15(c)(1) be used by original parties to defeat a timely claim?
22
Is a suit against a University Dorm for changing policies on a whim likely to succeed (USA)?
0
United Utilities claim for outstanding balance with no move out date
5
Can defendants switcheroo whenever they want?