In Texas, can a single roommate sign a lease renewal that is binding for all roommates?

I am in a leasing contract that ends at the end of May. I just found out that my roommate had gone to renew the contract in March, since otherwise the rent would have increased.

The renewal is a single page document which includes the statement..

THE SIGNATURE OF ONE RESIDENT IS BINDING UPON ALL RESIDENTS

I do not wish to continue on this lease, is this renewal actually binding for me? How can someone sign a renewal that is legal binding to me when there is no such statement that "one roommate signing is binding to all roommates" in the original lease.

Also, if it is not binding, is it legal for the leasing agency to have that statement printed on the document? Isn't it a misguiding statement? 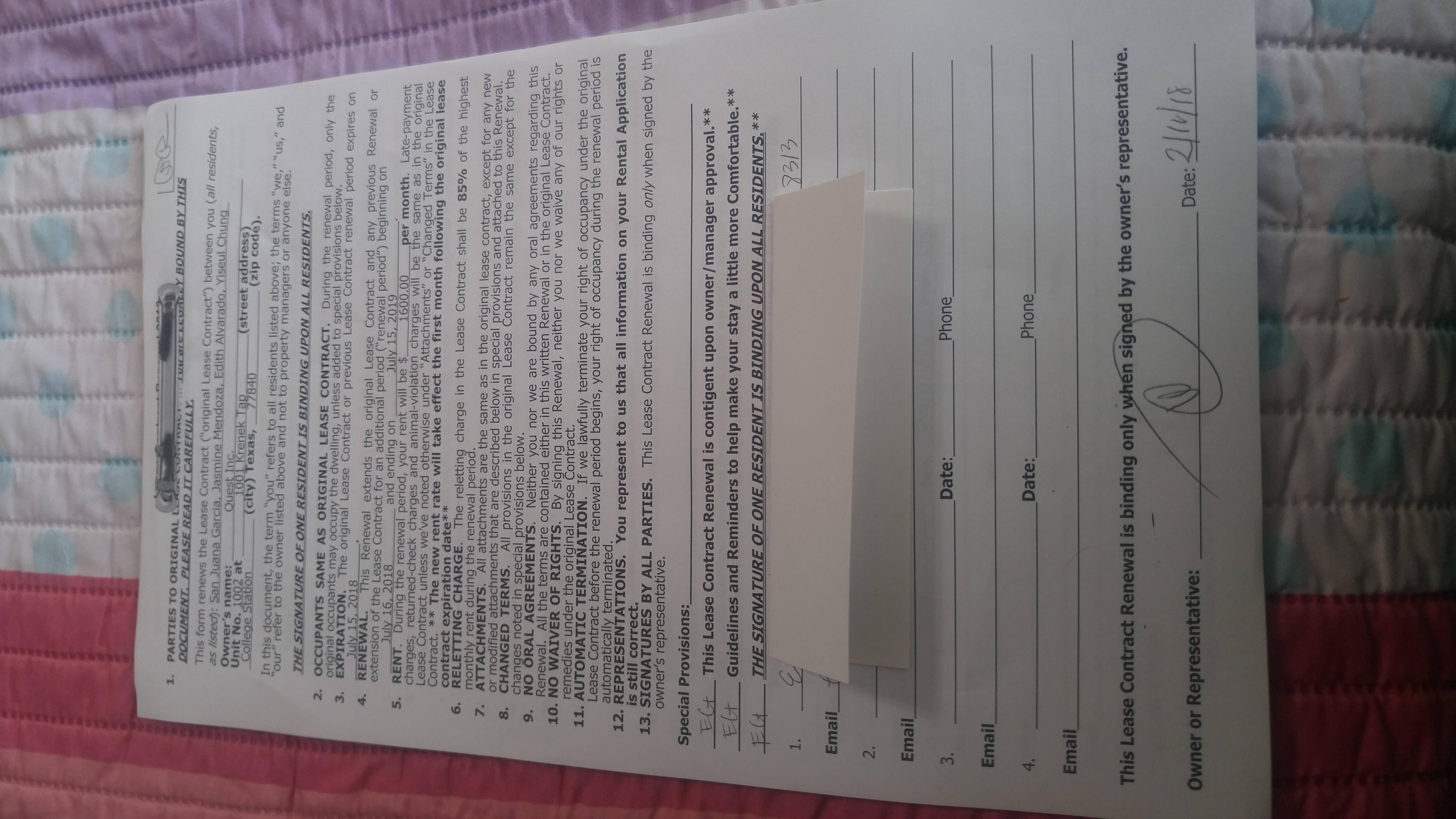 Unless there is a document (including the original lease) which designats the co-tenants as agents of each other you are not bound by the actions of the other tenant. Co-tenants are not by virtue of that relationship alone, agents of one another. The statement on the renewal does not change this: your co-tenant doesn't represent you so they can't unilaterally become your representative just by signing a piece of paper.

However, if you aquiese to the actions of your co-tenant (e.g. by failing to give any required notice); the landlord may assume that the other tenant has acted with your knowledge and consent.

The mere statement that one tenant can bind all tenants is absolutely without legal force. It requires an additional statement by each of the tenants involved (or one statement all have agreed to) to have legal force.

As the original lease did not give any tenants the ability to unilaterally act on behalf of all other tenants, you simply don't have any liability here.

If it were possible to do this, you could similarly sign a contract saying you may sign on behalf of the landlord and the other tenants, then sign a cancellation of the lease entirely.

As to whether it is illegal for such a term to exist, that depends on why it is there and what is done with it. If they attempt to use it to coerce you into doing something to their benefit or your detriment, this is likely to be a legal cause of action and potentially a criminal act, depending on jurisdiction. If it's boilerplate from a previous contract where the tenants had initially agreed to such a term, they may acknowledge it as an error and declare it to be not part of the contract (as it obviously isn't, since you didn't agree on that term).

Be wary that it may have legal effect if you incidentally give it power - this may be acting as if you agree with it, or even raising the point and not challenging it.

Not the answer you're looking for? Browse other questions tagged lease or ask your own question.

1
Lease: Rent increase legal?
3
Is there precedent for double dipping after notice to vacate?
0
Do all the roommates have to be on a rental lease in Virginia, USA?
1
Any recourse to landlord wanting very early renewal?
0
Lease dispute, over email and text message
0
My tenant signed the lease renewal, but I have not signed yet, can I terminate the lease?
6
Can a landlord use the delivery of U.S. mail as a method of surveillance?
0
Can I become a resident without changing my car registration? Co-lessee and lease are in Texas; the car and I moved to Pennsylvania
2
New manager will not accept renewed lease