So I'm asking here as a normal person, not as Marine Corps.

So as a marine fan, is it possible (legal) to add Marines' Eagle, Globe, and Anchor (EGA) sign before your name in the end of documents or posts?

Since according to 17 U.S.C § 105 which prohibits the US Federal government from holding copyrights. Which should mean that it isn't illegal to use USMC's sign (is it?). 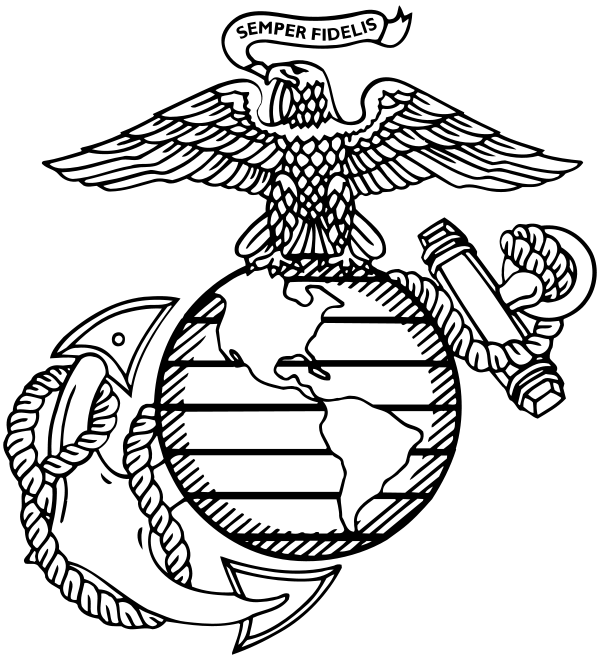 No, it is not illegal to use the symbol of the federal government for your own personal use as it is a public domain symbol.

However, the USMC will frown upon it. Marines have a sort of warrior culture ethos to them, when compared to the other branches of the U.S. military and a strong culture among those who served. Among Marine culture "there is no such thing as a former Marine"... that is, once you enter the service, you are a marine even if you retire (a former Marine is usually someone who was dishonorably discharged OR committed an action that would have gotten him/her discharged had they not retired). They do not take kindly to Stolen Valor (pretending or seeming to pretend you served when you did not). While this is legal to do per SCOTUS rule, it's not considered advisable. Most of the US military have dim views of Stolen Valor and will react very negatively. And seeing as how the Marines like to boast in song that they Guard Heaven for God upon Death, these are not enemies you would like to make. Tread extremely cautiously while doing this.

Not the answer you're looking for? Browse other questions tagged united-states copyright internet trademark us-federal-government or ask your own question.