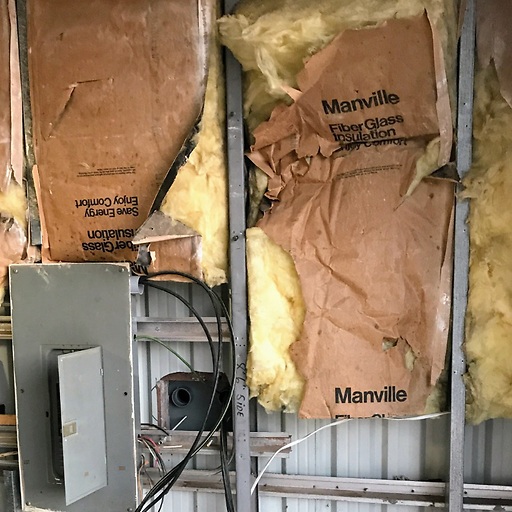 Yes. Unless your lease says otherwise. Your sole source of legal protections is your lease. Without knowing the detailed provisions of your lease, it is impossible to know.

In commercial leases, to a much greater degree than in residential leases, the principle of buyer beware (a.k.a. caveat emptor) applies. Commercial leases are typically negotiated between sophisticated parties, and if the tenant doesn't want to start paying rent until the certificate of occupancy is issued despite a lease that says otherwise, then that is tough luck and the tenant is bound to the terms of the lease.

Commercial leases are generally rented in "as is" condition, sometimes with and sometimes without a tenant finish and improvements allowance from the landlord.

Unless otherwise agreed, in a commercial lease, the burden is on the tenant to do "due diligence" including a physical inspection of the property by a professional inspector and independent review of the zoning status of the property to confirm that the tenant's business is allowed to operate at that location, much as a buyer of real estate would. If the tenant identifies an objection during the due diligence period set forth in the lease or contract to enter into a lease with the tenant, then the tenant can choose to get out of the lease obligation. But, there is only a due diligence condition if the tenant bargains for it.

The triple net absolves the landlord of the most risk of any net lease. Even the costs of structural maintenance and repairs must be paid by the tenant in addition to rent, property taxes and insurance premiums.

Some firms, such as WeWork build their entire business model around entering into the "as is", triple net commercial leases with landlords that are the norm, and then subletting the properties to smaller businesses on a furnished, all maintenance and building services provided, gross lease basis.

Many states have statutory or common law implied warranties of habitability in the case of residential leases that require that a certificate of occupancy be in place and that other conditions be met by the landlord:

Note that not every state even has an implied warranty of habitability for residential tenancies. Colorado did not have one until the early 2000s, and it had only very weak protections for tenants regarding habitability until the current decade. Before then, in Colorado, a defective or unsafe condition of the premises was not a defense to paying rent under either a commercial or a residential lease in the state.

In theory, a county or municipal government could impose a habitability requirement on commercial leases. But, this is very uncommon because, as the examples below illustrate, there are circumstances where it is sensible, even in a fair deal, to place the burden of making property subject to a commercial lease habitable.

For example, in what is called a "pad rental", a business rents a basically vacant lot with only a concrete foundation and utility hookups and zoning approvals in place, and then the tenant builds a shop or office building on the pad. See, e.g., this commercial lease offer on Loopnet, a major internet site for listing property available to be leased by businesses:

In a commercial pad lease, typically, a tenant would start paying rent immediately and the length of time needed to get the tenant's shop built and approved for occupancy by local government officials is their problem.

But, even then, the terms would depend on what was negotiated between the landlord and the tenant which would depend to a great extent on how hot the local commercial real estate market was and on the other terms. A landlord will usually offer more favorable terms (such as a provision stating that rent is not owed until a certificate of occupancy is issued) in a weak rental market, but may also decide to have very tough lease terms with a somewhat lower monthly or annual rental rate. Also, as in the example above, conditioning rent payment on occupancy or availability for occupancy, is less common in a very long term lease such as the twenty year lease being offered for the pad rental above.

In yet another example, it wouldn't be terribly uncommon for a landlord to rent a commercial space that is already occupied by squatters, or holdover tenants, to a new tenant on a triple net basis. In a lease like that, the tenant is responsible for evicting the current occupants, rather than the landlord.

It all boils down to the terms of the lease and a reasonable construction of the relevant lease terms.

The fact that there is such a thin amount of legal protection from unfair lease terms is one of the reasons that most commercial tenants hire an attorney to help them negotiate the terms of a commercial lease, in addition to, or instead of, a commercial real estate broker.

Footnote: Why Is Commercial Lease Law So Harsh?

The duties of a commercial tenant are much closer to, and in some cases, almost identical to, those of an owner of real property and are not infrequently for long terms such as twenty, or even ninety-nine years.

Why would a landlord and tenant enter into a commercial lease in these situations, rather than having the prospective tenant simply by the property subject to a mortgage?

A business can deduct every dollar paid in rent from its revenues when determining its taxable income, even the portion economically attributable to land value and depreciation in the structure of the building, as it is paid.

Furthermore, the portion of the purchase price of property attributed to land value can't be depreciated at all. In many cases, this quirk of the tax law is addressed with a business structure in which: (1) a non-profit that doesn't care about the tax treatment of its income leases the land to (2) another business that builds a multi-tenant building on the property which it owns even though it doesn't own the land the building is built upon, subject to a mortgage with a long amortization period similar to the depreciation period for the building, which in turn is (3) leased to businesses that actually used the multi-tenant building by the building owner.

Even further afield, in places like New York City that have rent control, residential tenants become more economically equivalent to apartment owners, and residential landlords become more economically equivalent to a combined mortgage lenders and home owner's association. There was a strong demand for rent control in New York City at the time that rent control was adopted, because economic necessity meant that mostly people needed to live in one unit of a multi-unit apartment building, but the legal concept of ownership of one unit within a larger apartment building that is now commonly called a "condominium" in the United States, did not exist. So, there were a lot of renters in New York City who very much wanted to be de facto apartment owners who didn't have the legal tools available at the time to achieve this goal.

The other work around which was used in the Northeast before the condominium was invented was a "cooperative apartment", in which all of the residents of a particular apartment building owned the entire building and were jointly and severally liable on the mortgage on the building, but then were allocated a unit within the building in exchange for economic obligations to the cooperative association that managed the building on a not for profit basis for its owners.

Although unable to formulate an accurate and precise answer, I can give you a starting point that might lead you to the information you need.

I did not find any New Mexico case law regarding certificate of occupancy that could be relevant to your inquiry. Searching with other terms might yield better results. However, one of the results from query http://www.leagle.com/leaglesearch?exact=certificate+of+occupancy&crt=New+Mexico is this case, which in turn refers to the Minnesota authority Rosso v. Hallmark Homes of Minneapolis, 843 N.W.2d 798, 802 (2014). By interpreting Minnesota statutes, the court in Rosso concluded that the issuance of a certificate of occupancy

is not a necessary condition that has to occur before substantial completion of a home is achieved under Minn.Stat. § 541.051

It is unclear to me the chapter(s) and section(s) of NM legislation on which you would need to rely for your claims. What I need to emphasize, though, is that the lack of a certificate might not necessarily be decisive in NM either. In that case, you would need to resort to other aspects for highlighting the risks inherent to renting/leasing an unsafe building for commercial use.

You might want to take a look at the query http://www.leagle.com/leaglesearch?all=certificate+occupancy&exact=premises+liability (giving 262 results as of today, though none from NM) to see whether any of those judicial reviews shed(s) any light on your inquiry. This does not mean that you have to thoroughly read each one of the 262 cases. Just open a result and search for some keyword(s) such as "occupancy" or "premises"; if all occurrences of the keyword are cursory references or pertain to jurisdictional issues and/or the statute of limitations/repose, skip over to the next result (over time one develops "expertise" in ruling out cases that seem irrelevant to the inquiry in question, thereby rendering one's legal research skills more efficient).

Not the answer you're looking for? Browse other questions tagged united-states lease breaking-the-lease business-lease new-mexico or ask your own question.

1
Lease: Rent increase legal?
0
Can my landlord (who recently bought the property) change the terms of breaking a month to month lease?
3
Can a landlord demand that a house rented when new be returned to “new” condition?
0
Grounds for Breaking a Lease : Health Risks due to Manager
0
Is a commercial landlord liable for damage due to roof leaks?
3
Can i get tenant evicted from my property if there is no eviction clause in lease?
0
In California, who owns buildings or soil left on a leased farm after abandonment?
3
Break lease agreement due to COVID-19