Can only people or businesses legally own something?

FYI I'm a programmer not a lawyer so please bear with me.

In the US (or abroad), what type of entity can own something? Particularly, in the blockchain space, there exist "smart contracts" that can buy and sell crypto assets autonomously under a predetermined set of rules. If, say, a house or car title were legally represented on a blockchain, would it be legally possible for what's essentially a program (the smart contract) to gain ownership of the title? Obviously the contract has no use for the car or house, it'd just hold it temporarily and return it or sell it.

A person or any kind of organization can own things, and they can execute an agreement (a contract is a kind of agreement). Apart from sci-fi scenarios, a program cannot itself agree, and as far as I know the courts have never been presented with a test case of a program claiming to have agreed to some exchange. A program could be used as a tool where natural humans agree to something: automated securities trading has been around for a decade or so. The result of such trades is that person A and person B exchange shares for money, and the program does not ever own anything.

Perhaps your question is, "could I write an automated trading system whereby the program itself becomes the owner of the property, and would the courts uphold the validity of such a trade not having a person (natural or otherwise) as the owner?". I doubt it very much, but again, I also doubt anybody has put this to the test. Animals can't own property (yet), so one would expect the courts to be even more firmly negative about programs owning property.

There are many ways that property can be owned other than by natural persons (not necessarily businesses).

A good modern example is MERS which is the nominee holder of mortgages that are then traded commercially (often electronically, often in transactions not involving humans between entities). A similar example, is street name ownership of a publicly held security within which electronic trades are facilitated.

Even when trusts are not created intentionally, they can be implied in law.

In New Zealand, even a river can have corporate personality (an idea proposed in legal scholarship decades earlier) and thus has legal standing to sue and own property, through a representative appointed by a legal process. 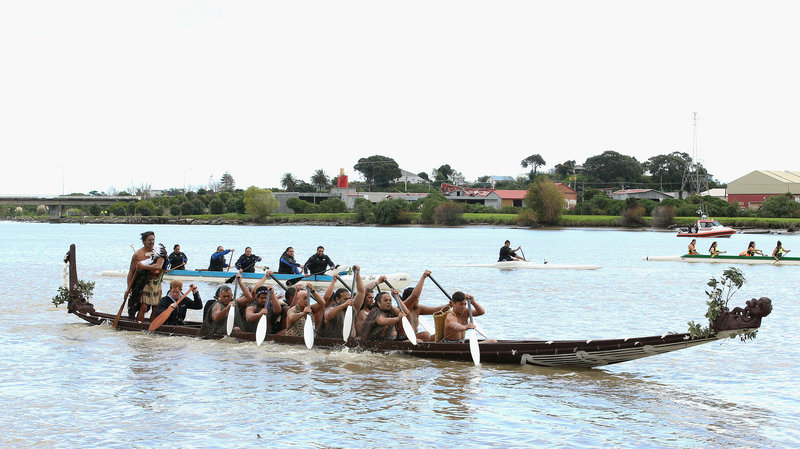 This river can bring lawsuits and own property.

While these entities must be formed by individuals at the outset, some kinds of entities and trusts, such as non-profits and charitable trusts, do not have human "owners" in any meaningful sense. You can also have trusts that are for the benefit of animals or the graves of deceased people.

The issue of "dead hand control" is a long standing one in the law, which was first addressed in the common law tradition in the Duke of Norfolk's Case of 1682 which gave rise to what is known now as the Rule Against Perpetuities (which now has many exceptions).

There is also no prohibition on entities or legal instruments making decisions based upon formulas or programs, indeed, certain kinds of mutual funds (e.g index funds and exchange traded funds), which are generally organized as business trusts, are required to carry out their operational duties in a formulaic manner.

Legal instruments such as deeds creating life estates and residuary estates, joint tenancy deeds, and beneficiary deeds have transferred real property by operation for law for hundreds of years without human intervention at the time of transfer, operating as simple "programs".

Likewise, business transactions are routinely effected electronically without human intervention. Lots of e-commerce is conducted in that manner.

For example, you do that when you use an ATM or go to a self-check out kiosk for a movie or at an airport or in a grocery store. Sometimes these programs are called "electronic agents" but they need not be agents of a natural person, they could also be (and indeed, usually are) agents of a legal personality that is not a natural person.

Even before electronics were invented, vending machines mechanically effected business transactions, transferring title to the personal property contained within them, without human involvement. 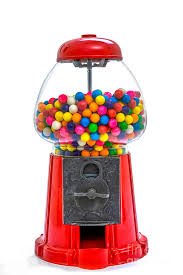 An early non-human device that conducted business transactions without electronics.

Legal instruments like paper currency, checks, negotiable promissory notes, bearer bonds, negotiable warehouse receipts, and derivatives all have some of the features associated with blockchains (i.e. incorporating a third-party non-natural person's involvement in a transaction without active management by natural persons).

In general, a blockchain is not a legal innovation and introduces nothing that is legally new or revolutionary. It is old wine poured into new skins.

Not the answer you're looking for? Browse other questions tagged ownership or ask your own question.

0
If a computer program qualifies as “orphaned technology” can it be recreated and sold legally?
7
Can a thief legally use force to prevent you from take your property back, in Germany
3
Can I be legally compelled, in the U.S., to return/destroy old work emails that are on my own laptop?
9
Can a person hack bitcoin private keys and legally claim the bitcoins for himself?