Are Satanists legal in the US?

I heard that Satanists in USA are legal and are even represented in the counsil of the churches and have "study books" used in school.

In Russia there is a law that acts which are done to harm somebody other are illegal.

There is no such law in the US, although there many laws prohibiting specific forms of harm, for example laws against murder, theft, assault, arson. All laws are predicated on the idea that an illegal act causes harm, but I don't get to deem, for example, that you are harming society by opposing Satan. There are no laws prohibiting any belief in the US, and such a law would be unconstitutional (in violation of the First Amendment). So being a Satanist could not possibly be illegal.

The United States has two main (and perfectly legal) branches of Satanism: LaVeyan Satanism which dates to about the 1966, and the Satanic Temple founded in 2012. The Satanic Temple has Satanic images recognized in public holiday displays in several states (for example, Illinois and Florida). Satanism is fully protected by the First Amendment to the Bill of Rights in the United States.

Many outsiders would also consider Wicca to be a form of Satanism, which is also legal and also full of very moral people doing good things.

The National Council of Churches in the United States is a private ecumenical association of Christian denominations, predominantly consisting of mainline Christian and Orthodox churches, that seeks to be a public voice for mainstream Christian views, although it is not a very vocal or powerful political force and has no formal legal power. This organization does not have any Satanist or Wiccan members, or for that matter, any non-Christian members.

Much of New England did have an established church into the early 1800s, notwithstanding the First Amendment's prohibition of the establishment of a government church (which was understood to only apply to the federal government, at first).

For example, the established church (historically Puritan in character) of Massachusetts made it a crime to public celebrate Christmas or make it a holiday for about two decades because Christmas was considered to be pagan (or more specifically, Satanic) rather than Christian in nature, and schools and businesses commonly stayed open on December 25 in that state into the mid-1800s. 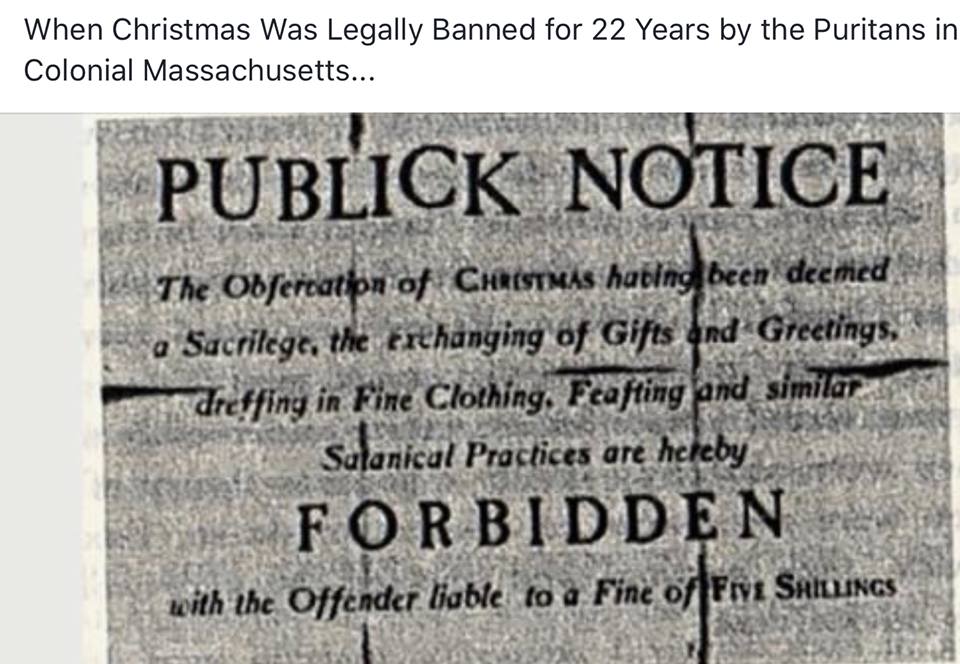 But, now (and at least since the late 19th century or early 20th century), the First Amendment's free exercise and establishment clauses have been understood to apply to both state and local governments and to the federal government in the United States.

To the extent that the harm is "spiritual" (e.g. causing your soul to go to hell instead of heaven), such harms are not recognized under U.S. law.

As another answer has said, in the US people have a protected right under the federal First Amendment, to hold and practice what ever religious views they choose. This includes members of the Church of Satan, and it includes people who do in fact, worship the christian Devil.

There is no such thing as "the counsil of the churches" if you refer to some sort of official or government sponsored organization. In some places there are local private organizations which associate various different religious groups. These are voluntary, and decide for themselves which groups to include, there is no single rule among them.

In public schools, run by the government, religious books of any religion are not used as school texts, which is what I suppose you mean by

have "study books" used in school.

In some places students do learn about various religions, from a secualr point-of-view. I am not aware of any school that specifically studies satanism, but there could be one.

Religious schools, run by a church or religious organization, of course teach the religion that their sponsoring body holds. Any religion could set up such a school.

People are not allowed, in the US, to do seriously illegal things merely because they claim to do them as part of a religion. For example, human sacrifice would still be murder, and illegal. Some laws do have exemptions for religious organizations, or for people acting under religious motives. For example churches are allowed to hire only members of their own faith as preachers and teachers, even though religious discrimination in employment is usually illegal. Native American groups have been allowed to use traditional intoxicants, even though they are otherwise prohibited.

Not the answer you're looking for? Browse other questions tagged united-states civil-law religion religious-law or ask your own question.

12
Are Captcha solver farms illegal?
4
Why does Dubai (and other countries) imprison women who report being raped?
2
Are there any standards on the use of the title “esquire” in the United States?
5
Have there ever been examples of public school's restriction of community service being unlawful?
5
Is it legal to force a atheist student to read a prayer in a Church of England UK academy?
0
Church / School / Religion / Disney! / California
9
Constitutional limitations on criminalizing behavior in US law?