Why did Ross Ulbricht get a much higher sentence than Blake Benthall? 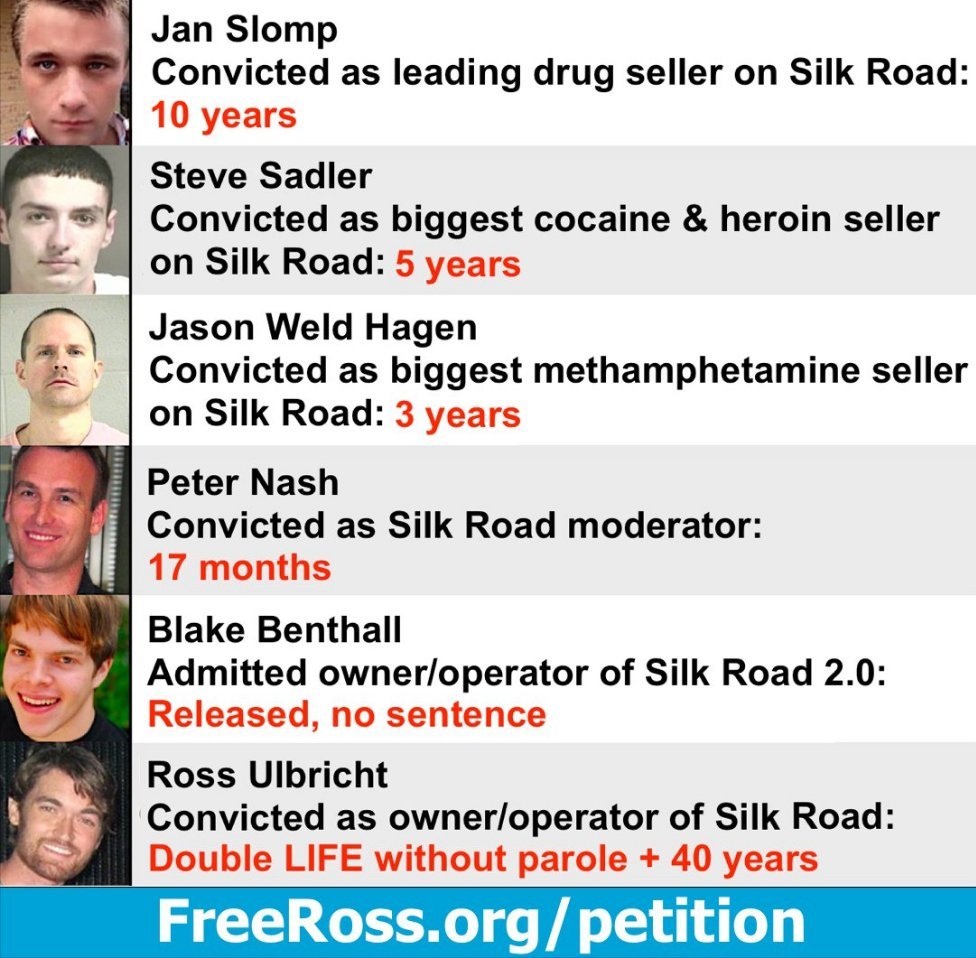 They both created Silk Road.

Silk Road is a dark web app that allow people to buy drugs to US. The legality is complicated. I wonder if Ross is not an american citizen but say, a citizen where drug dealing is legal, then chance is he's not breaking any crime. The site it self is not in US and should not have been subject to US laws.

In any case they both got caught.

So why the difference in sentencing?

Note: I checked Could Ross Ulbricht from Silk Road not get life sentence?

That question totally do not answer this question.

I would give a bit of detail about the case that I know. Ross is convicted of the same crime with Blake. They did the exact same thing. I may be wrong here.

However, Ross is also "suspected" of hiring someone for murder. He is not "charged" with attempted murder. However, that "suspicion" is taken into account in his sentencing.

That, and many other possible factors, is what suspect may have played a part in Ross' sentencing.

However, I am not a legal expert. I wonder if any legal expert that are familiar with the case can shed some light.

Here is one answer, comparing Jan Slomp with Ulbricht.

Slomp took a plea deal, cooperated with the authorities, and helped to build the case against Ulbricht. His sentence reflected this.

Meanwhile Ulbricht insisted on going to trial despite overwhelming evidence, challenged every aspect of the case against him, and tried to argue that he should be let off lightly because Silk Road was a "responsible" market. This led the judge to conclude that he had no remorse and should therefore suffer the maximum sentence in law.

The reason why the judge gave a particular sentence will be in the judgement - read them. If you still have questions post them.

I note that all of the things these people are said to have been convicted of are descriptions of activities, not actual crimes.

Not the answer you're looking for? Browse other questions tagged sentencing or ask your own question.

1
Could Ross Ulbricht from Silk Road not get life sentence?

46
Why are people sentenced to prison for terms longer than life?
3
What sentence would a person “hypnotized” into committing a crime get?
59
Why is murder considered a more serious crime than attempted murder?