When is an image considered a recreation of another image?

In scientific articles and textbooks I've found the following images (seen at end of this post). These images were created by different authors at different times. The images all describe the same thing/process, the experimental setup one would use to flow a fluid through a cylinder of rock. In each instance where these images (figures) were given the author gave no citation/credit to any of the other authors who gave the similar images in the years prior. For this post's question, let us assume that all of these images are copyrighted and that none of the authors received express permission from the copyright owner of the images that precedes theirs. Here are the questions I would like addressed directly: 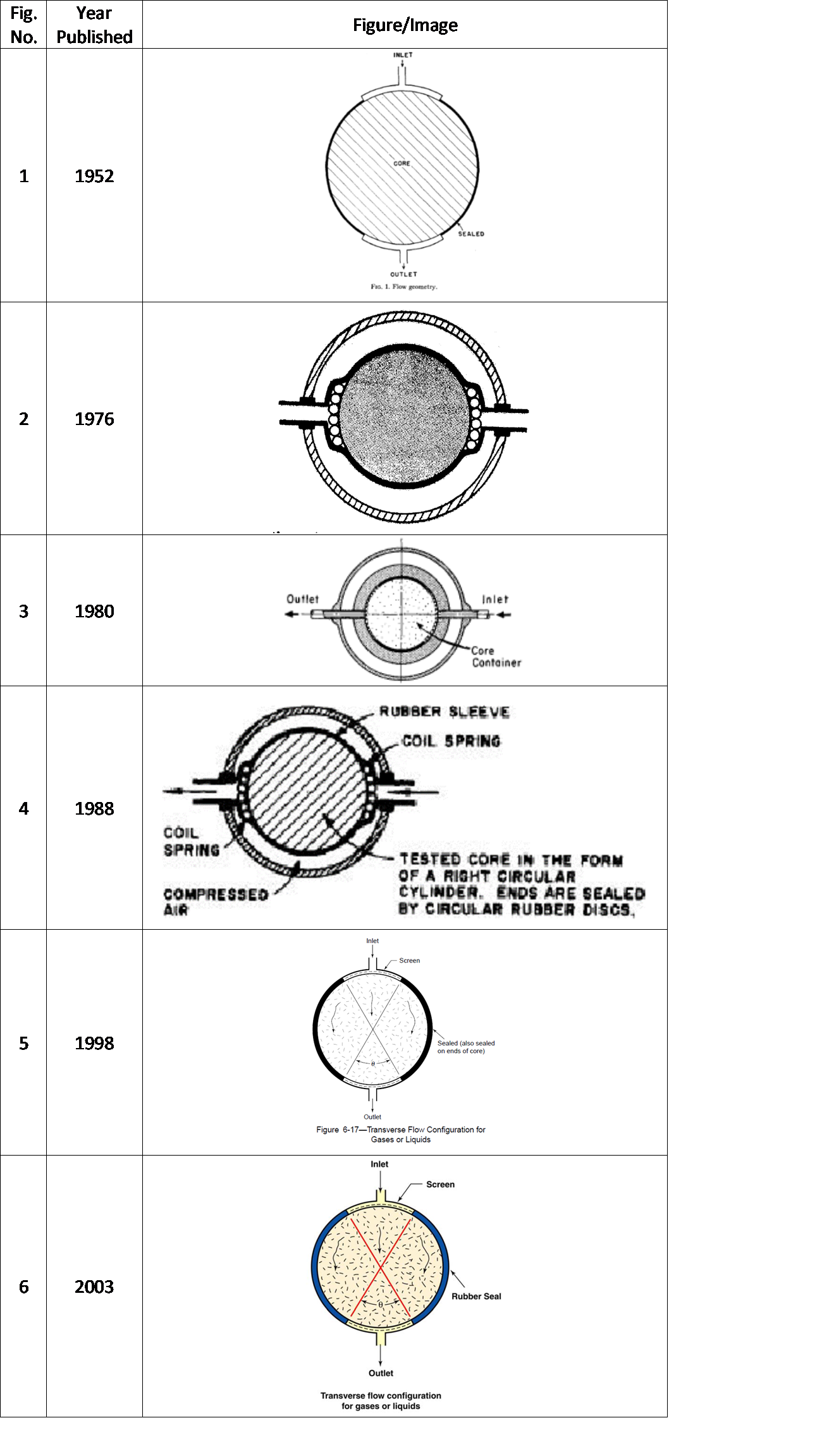 If you have two identical or very similar looking images, then if these images depict some facts of nature, then anyone creating that kind of image would end up with very similar images. Or if several photographers take photos of the Eiffel Tower, those images will look similar. So a court will take the situation into account to decide if similarity is proof of copying. Having access to the originals may be an indication of copying.

(Looking at the tiny lines in the background pattern which are in identical positions, I think the creator of image 5 would have a valid claim against image 6. Image 3 vs 4 I would leave it to the lawyers and the judge).

3
Can the author of software claim copyright on the data it generates?
2
Converting the image format of logos
0
Is it illegal to download a watermarked image?
0
Copyright and derivative works
0
copyright on patterns in CorelDraw
5
Is it safe to use public domain images of Wikipedia for commercial purposes (like printing on a product)?
0
What is the difference between hotlinking and uploading to an image site WRT copyright?
1
Making public/open-source datasets from royalty-free image sources