what is "just compensation" during eminent domain?

Just Compensation is the fair market value of a parcel of property that must be paid to a landowner who has had his or her property taken by the government.

The idea in many courts in relations to eminent domain that the landowner's lifestyle should not suffer injustice indirect results of eminent domain.

"when market value has been too difficult to find, or when its application would result in manifest injustice to owner or public."

the right of a government or its agent to expropriate private property for public use, with payment of compensation.

The legal background of eminent domain

Yes. The fact that you owe more on debt secured by condemned property than it is worth does not entitle you to more compensation, although the fact that the bank was recently willing to lend that much is strong evidence that its fair market value is more than the value of the loan, unless there was a corrupt or non-economic reason for it to make the loan.

United States v. Commodities Trading Corp. is concerned with situations where property is difficult to value (e.g. thinly traded derivatives contracts), or where property is not of a kind that derives its value primarily from market transactions (e.g. family photographs or grave sites). But, real property with a purely economic function, like a barn used by a farmer for farming, does not fit in either of those categories. It is easily appraised.

And, it is common for people to make improvements to real property that doesn't return $1 in fair market value for every $1 spend on it. But, eminent domain is not based upon book value.

For example, suppose that while the going fair market value of a comparable barn on a comparable amount of real estate is $35,000, but it is the only barn at the farm which is useless without a replacement barn on the premises, and it costs $70,000 to build a replacement in the less than ideal conditions of the remaining land (for example, maybe the farmer has to build a bridge over a river to access the only other part of his land suitable for building a barn at a cost of $35,000 in addition to $35,000 to build the new barn itself).

Impact on the value of property not taken comes up a lot in eminent domain cases involving highway construction. The linked law firm's website illustrates many of the kinds of compensation for harm to the residual caused by a physical taking that are frequently awarded.

Push comes to shove, the government can get away with paying a defensible fair market value, so the theoretical answer is "you get $35,000 and you owe the bank".

But the practical answer is if the government lets push come to shove, they suck at eminent domain.

Land acquisition has an overhead cost. That cost is considerable. If everyone plays their cards right, the farmer "lawyers up" and plays the crazed holdout, and makes the government think it'll take a monthlong BATF seige to get them off the property. 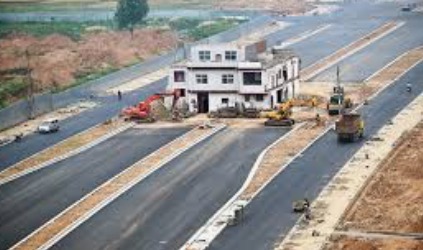 Oh, not another one of these!

Then the lawyer says "His problem is this loan, and I think he also needs to get something for the property proper. How about $60k?" And they haggle it to 50k. It's a premium over FMV, but the government writes it off as an overhead cost: they could spend that in legal fees alone fighting a determined holdout, nevermind the BATF. So it's a smart play.

And mind you, the eminent domain never happens. The haggling ends at a consensual sale of the property.

I take your question to mean what do you do if you owe more for something then the government offers you when taking your property through eminent domain.

Working with the government and whoever has a claim to the property besides yourself is pretty much all you can do. A few ideas are listed here: https://www.nc-eminent-domain.com/eminent-domain-issues/when-the-government-takes-your-property-but-you-still-owe-the-bank/

Totally fair solutions may not always exist, honestly. That sounds horrible to say, but when working with people, sometimes that is how it goes.

If you and the other parties can not work it out, you have to hope the judge is fair.

Not the answer you're looking for? Browse other questions tagged united-states us-federal-government eminent-domain loan or ask your own question.

5
Must the State compensate individuals from whom property is seized as evidence?
0
What, Legally, Justifies Eminent Domain?
0
Why can some states choose to reject the Attractive Nuisance Doctrine?
2
Acquisition of land by the government
2
In which states can railroad companies take land in eminent domain?
2
Trading card booster packs, loot boxes, the lottery, and your interpretation
0
Circumstances where Eminent Domain cannot condemn intellectual property?