Why would a lawyer accept a case that involved only $1.50 USD? 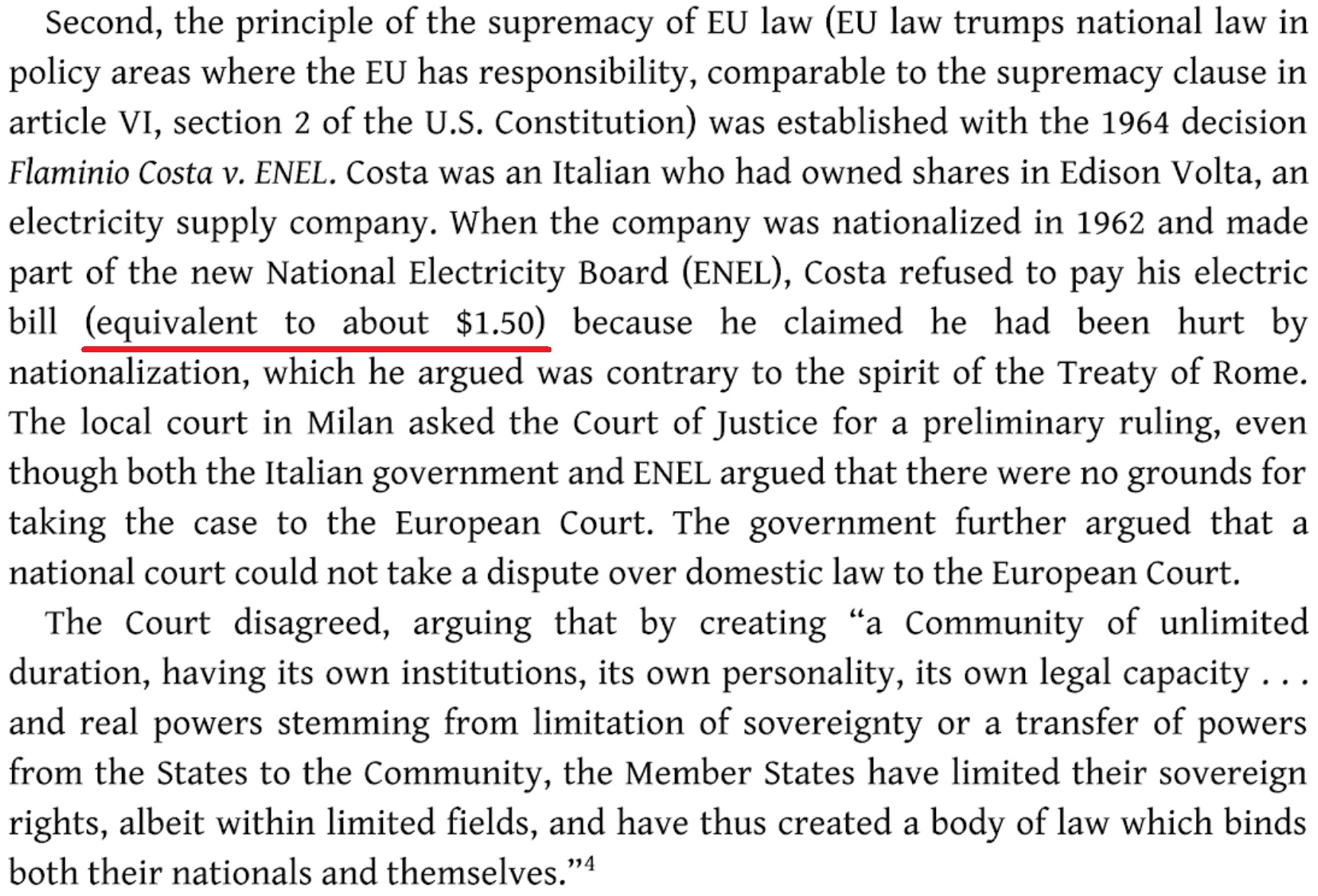 To wit, how did Costa find a lawyer for such a picayune quantum? I'm cynical and reckon that only a few are open-handed; most aren't. I can conceive only two reasons:

It was what is called a "test case", where the stakes in the particular dispute are low, but the legal principle to be resolved has broad application to many disputes large and small.

This kind of litigation behavior (i.e. spending far more money litigating a case than the individual dispute merits) is sometimes called "strategic litigation" behavior. Sometimes that term is referred to in the sense of a pattern of litigation designed to promote human rights (synonymous with "impact litigation"). But, the term is also used more broadly, to refer to any lawsuit brought primarily to set a precedent rather than due to the stakes in the particular dispute at hand.

"Tactical litigation", in contrast, is used to refer to the practice of pursuing a lawsuit because it will delay some action from being taken or make it costly to do so, in which the litigant doesn't care about the outcome on the merits, which is in some ways the opposite of "strategic litigation" in which the outcome on the merits has greatly exaggerated importance relative to the dispute in question.

ohwillekeohwilleke
111k77 gold badges164164 silver badges335335 bronze badges
Add a comment  |
Law Stack Exchange is for educational purposes only and is not a substitute for individualized advice from a qualified legal practitioner. Communications on Law Stack Exchange are not privileged communications and do not create an attorney-client relationship.

7
Would a business that has no office in EU still have to worry about GDPR, and if so, why?