What do (1) hammering and (2) striking an anvil symbolize? [closed]

In Blake, Lord Nicholls made it clear that the gain-based remedy will be granted only in ‘exceptional circumstances’. Te usual remedies for breach of contract should be ‘inadequate’, and the claimant should have a legitimate interest in preventing the defendant’s proft-making activity and depriving him of his proft. Lord Steyn said that ‘[e]xceptions to the general principle that there is no remedy for disgorgement of profts against a contract breaker are best hammered out on the anvil of concrete cases’.8 That anvil has rarely been struck. Indeed, it now looks like the decision of the House of Lords in Blake is something of an outlier.

Although I don't understand this symbolism with anvils, I can surmise the meaning: Steyn is saying that exception to this general principle ought be developed in cases in the future dealing with this legal issue. Then Davies is saying that there haven't been such cases.

But I still yearn to understand the metaphor to anvils.

I read these articles on hitting the anvil when blacksmithing, but I don't understand them: Quora, Reddit, Today I Found Out.

It’s an metaphor, not a legal term

Blacksmiths hammer things out on an anvil and the phrase “hammer it out” means to work it through (whatever ‘it’ is) like a blacksmith works steel.

What Lord Nicholls is saying is that he is unwilling to articulate a general principle of law regarding divestment of profits in the abstract and that each actual (concrete) case needs to be considered on its merits. He is also stating that such a remedy has been very rare - continuing the metaphor.

Supplementing @DaleM's correct and excellent answer, here is a picture of metal being hammered on an anvil. 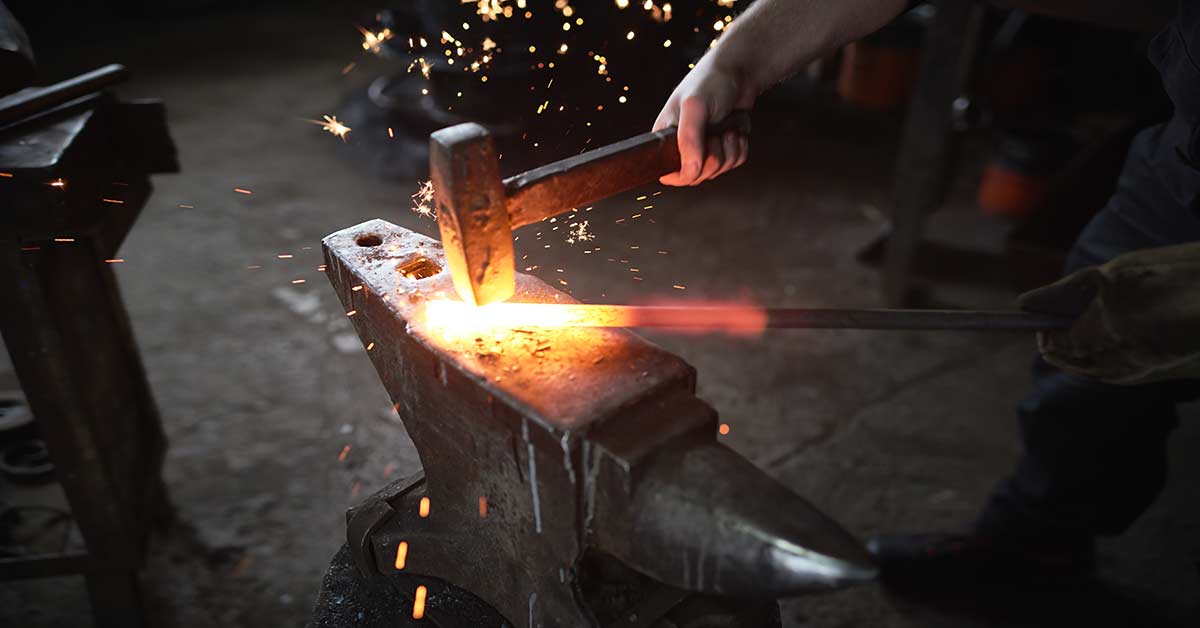 Not the answer you're looking for? Browse other questions tagged meaning or ask your own question.

3
Why 'Solicitor General', and not 'Barrister General'?
0
What is unearned advance payment?
4
What does equitable mean, especially in special education law?
1
What does this clause mean in a job offer?
0
What are the differences between particulars, facts, and information?
5
What does “object to the form” mean?
0
what does it mean if something is “Limited to intellectual property and copyright protection”?
2
Difference between an affirmative defense and defense