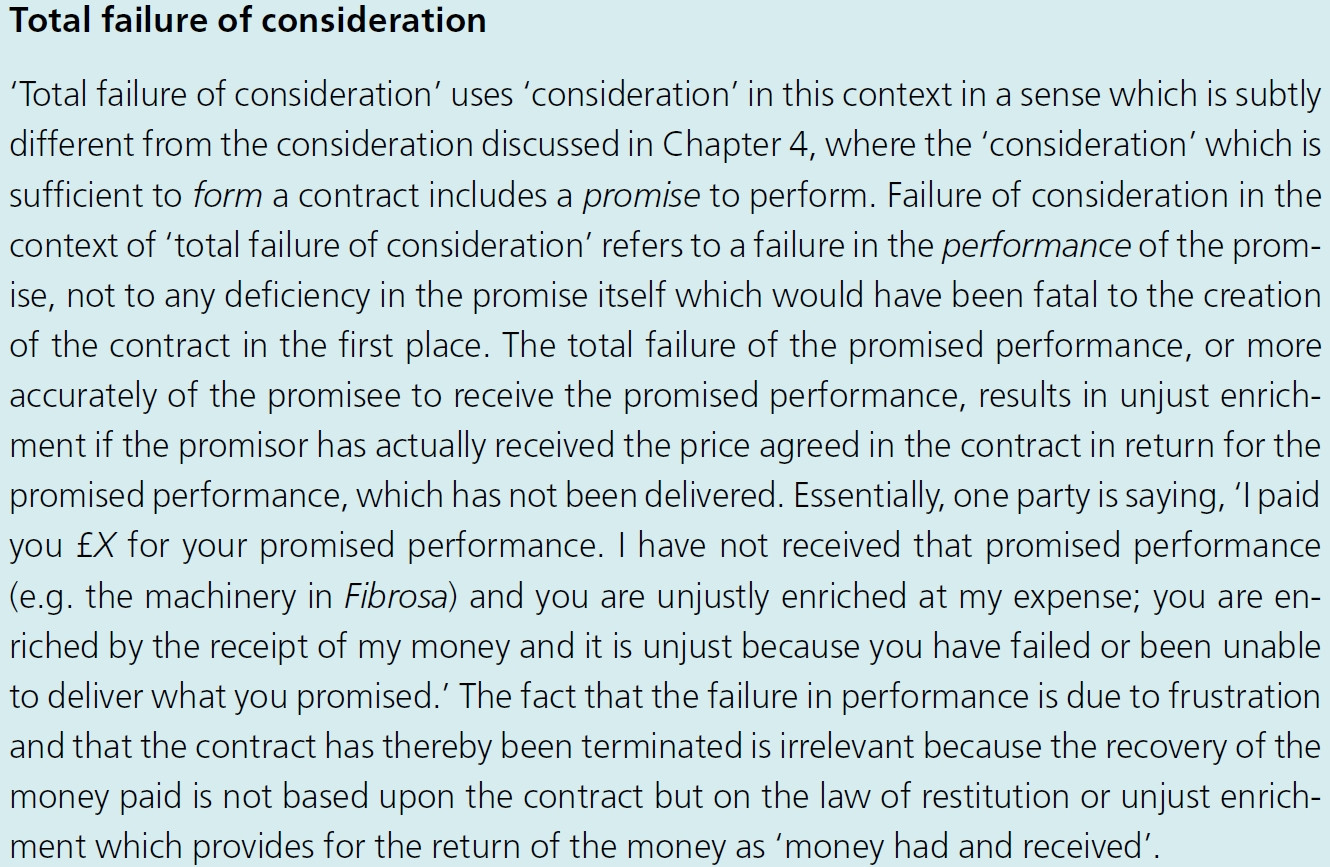 Basically, a long time ago, the "consideration" requirement to form a contract was quite substantial. But, over time, for a variety of reasons, the consideration requirement of contract law was eroded until it is almost meaningless. And, most of the time "failure of consideration" now means something akin to unconscionable, because the payment is too small in a context where a gift is not intended.

Consideration wasn't originally used in any context other than contract law, so the need to distinguish between payment and some other consideration wasn't present as the terminology developed. But, as the concepts were generalized, other reasons for supporting an agreement (e.g. justified reliance) emerged, but the terminology was by then closely associated with a particular fact pattern and so it remained.

Using new terminology is always disfavored in law because it divorces a decision from the long case law history that uses the term.

As another example, there is a modern tendency to favor the terminology of issue preclusion and claim preclusion in lieu of collateral estoppel and res judicata. But, if you want to find cases before the 1970s or so referring to those doctrines, you need to use the old terminology.

ohwillekeohwilleke
117k77 gold badges174174 silver badges355355 bronze badges
Add a comment  |
Law Stack Exchange is for educational purposes only and is not a substitute for individualized advice from a qualified legal practitioner. Communications on Law Stack Exchange are not privileged communications and do not create an attorney-client relationship.

0
Which 'condition' fits "‘basis’ or condition on which the benefit was transferred"?

1
Why ought a third-party promisee to a contract make his claim in the alternative?
0
What does 'the presumption [of undue influence] is not legal' mean, if being legal reverses the burden of proof or make the presumption irrebuttable?
0
Why could Change of Position 'logically allow lenders to retain a charge for the sum lent to debtors in reliance on the guarantee's enforceability'?
1
How'd parties 'negotiate around the remedy' to 'share the profits (or savings) from breach rather than allow the contract breaker total retention'?
1
Why can the right obtained by giving nominal consideration be less secure, if not negated?
2
Why would contractual damages be superior to returning defective items?
0
Why's it paradoxical that Wrotham Park damages protect the claimant’s performance interest by enforcing a sale of the claimant’s right?
2
How does automatic specific enforcement allow claimants 'to sell the right to specific performance for more than the performance's true value to him'?