Most of illegal construction fines I have heard of were under circumstances when the work performed was visible from the outside in plain sight. Of course, many renovations that are purely interior also need permits, such as electrical or plumbing work, or anything involving structural support.

If a remodeler chooses not to obtain proper building permits (for reasons of the bureaucratic burden etc) and (s)he never manifests signs of construction visible on the outside of the building, can municipal building inspectors obtain a court (or other form of legal) warrant to enter the property and find evidence of illegal construction for the purposes of issuing fines or injunction to cease all work?

Also, upon sale of the property, what legal channels exist whereby the illegal builder can be audited by the building inspection? I think home inspection is done by private inspectors and not municipal agents.

This is in the U.S. I understand building codes vary across the country but I'm also thinking that warrants for inspection are somehow related to the 4th Amendment.

Yes, they can. There was a time when no warrant was required at all.

There was a time when it was thought that the Fourth Amendment requirement for a search warrant only applied to criminal cases. It was expected that administrative and civil cases did not require a warrant. For example, in 1959 the U.S. Supreme Court ruled in Frank v. Maryland that the conviction of a Baltimore City person who refused a warrantless search by a Baltimore City health inspector was valid.

However, in 1967 the U.S. Supreme Court issued an opinion in Camara V. Municipal Court of the City and County of San Francisco which held:

...that administrative searches of the kind at issue here are significant intrusions upon the interests protected by the Fourth Amendment, that such search, when authorized and conducted without a warrant procedure, lack the traditional safeguards which the Fourth Amendment guarantees to the individual, and that the reasons put forth in Frank v. Maryland and in other cases for upholding these warrantless searches are insufficient to justify so substantial a weakening of the Fourth Amendment's protections.

The standard for issuing such a warrant, the court ruled, is probable cause. Further:

Such standards, which will vary with the municipal program being enforced, may be based upon the passage of time, the nature of the building (e.g, a multi-family apartment house), or the condition of the entire area, but they will not necessarily depend upon specific knowledge of the condition of the particular dwelling.

The court also held that nothing in their ruling requiring warrants would preclude a warrantless inspection in an emergency situation.

Portland, Oregon describes on their web site their process for obtaining such a warrant.

Yes, they can get an administrative search warrant. 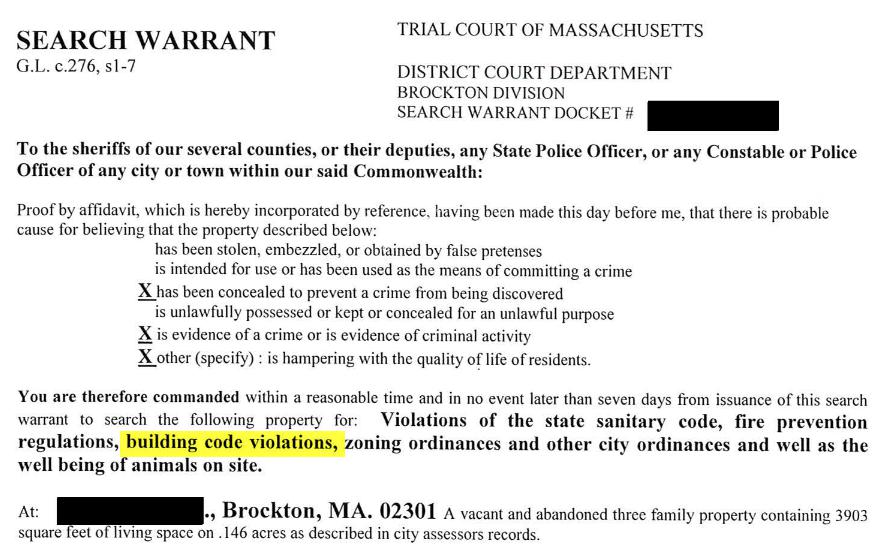 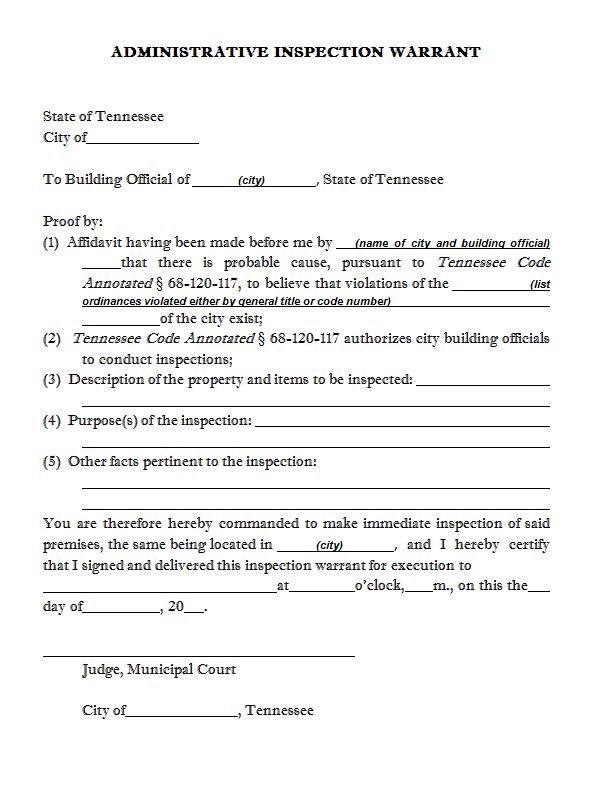 The inspectors can obtain all the warrants they want, but if the property is properly constructed and defended no search will take place.

Not the answer you're looking for? Browse other questions tagged real-estate or ask your own question.

6
Can landlords refuse to show you contract prior to application?
3
Can a Texas landlord have the rental contract microscopic / unreadable?
12
Can a landlord refuse to give a receipt for rent payment?
1
Can neighbors collude on sale minimums to inflate home values?
0
Can a condo HOA be held responsible for inside mold remediation due to a suspected leaking roof?
1
Can you buy rights to airspace in the US?
5
How can I buy a piece of land in Germany whose owner is unknown?
1
Can I quit claim deed my property to anyone I want?