Why's it “strange” for a judge to impose voidness on a guarantee? 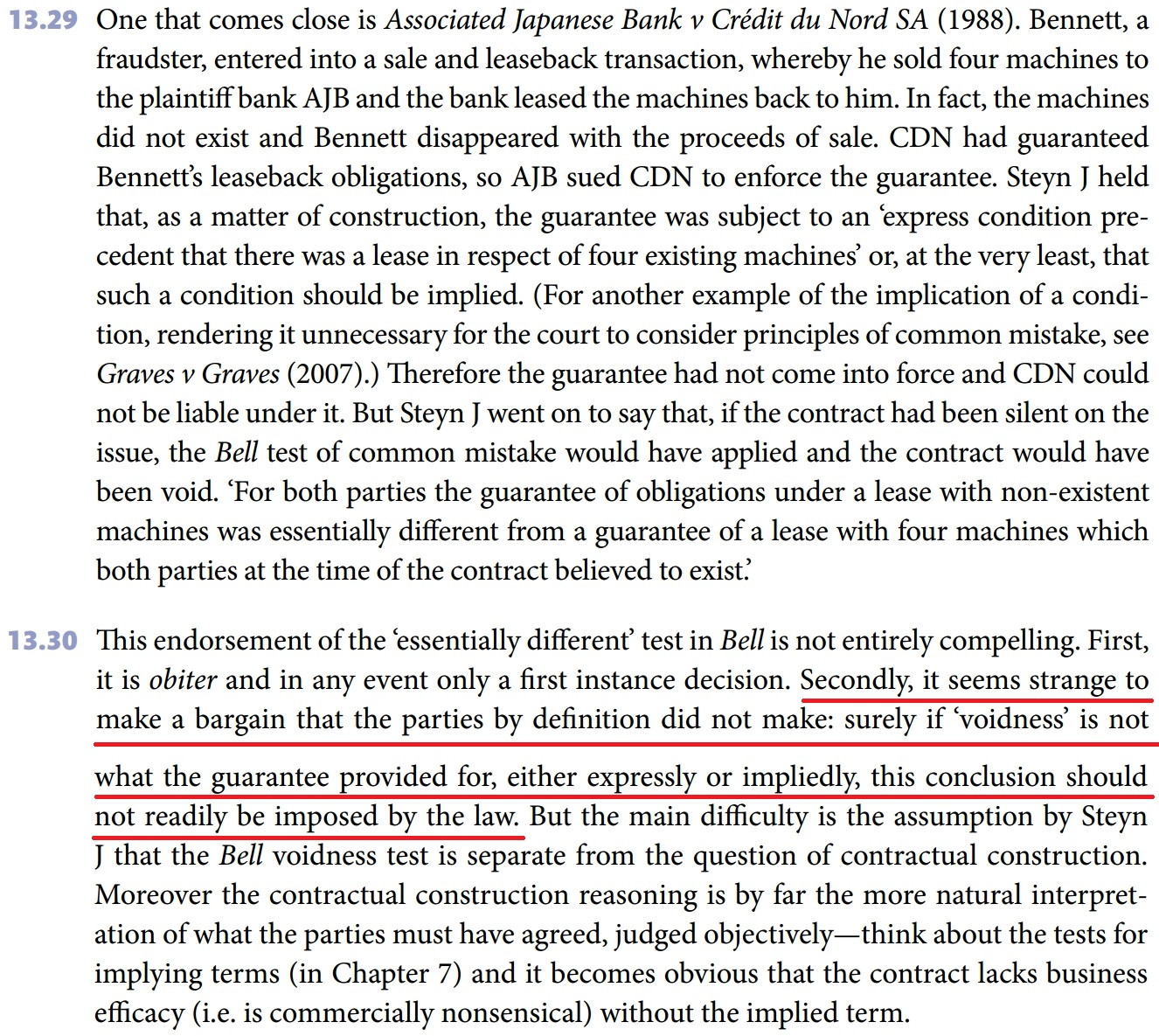 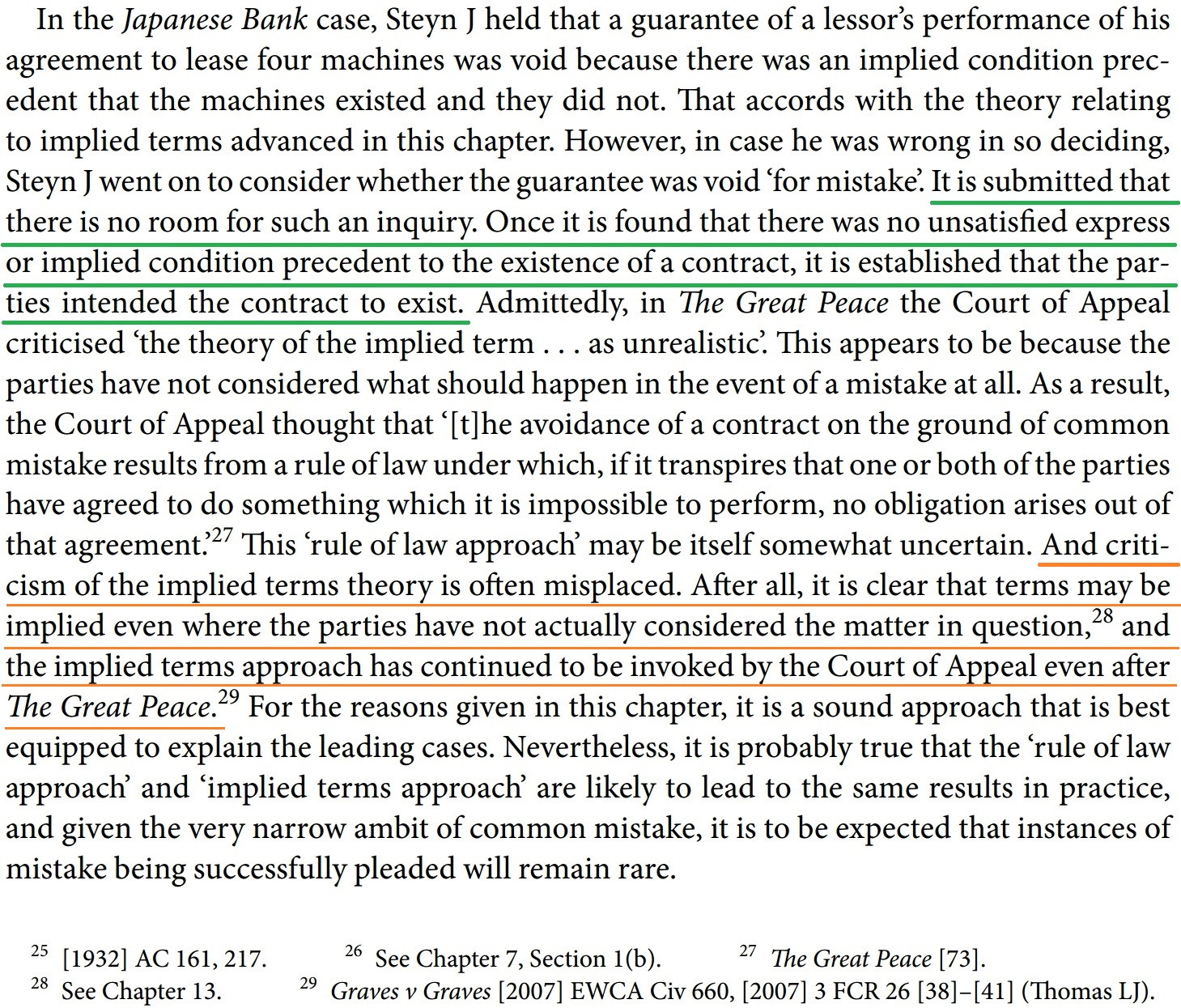 The text in red said that it seems strange to impose a rule on the parties that they never agreed to, or even implied agreement to. The orange text says that doing this may give a just result, and that higher courts have approved this approach.

Both texts agree that Steyn should not have discussed mutual mistake once he found that there was a condition precedent, because that settled the matter.

2
“so long as you remain unmarried”: Why a gratuitous promise in one fact pattern, but a contractual offer in another?
1
Why was 'consideration' embraced to mean 'failure of consideration', when this would be better termed as 'failure of basis'?
0
How does the 'legitimate interest protected' by exorbitant credit card interest differ from that of exorbitant interest 'on outstanding fees'?
1
Why ought a third-party promisee to a contract make his claim in the alternative?
2
How does the first limb of the McRae test make the second limb unnecessary?