How does the first limb of the McRae test make the second limb unnecessary? 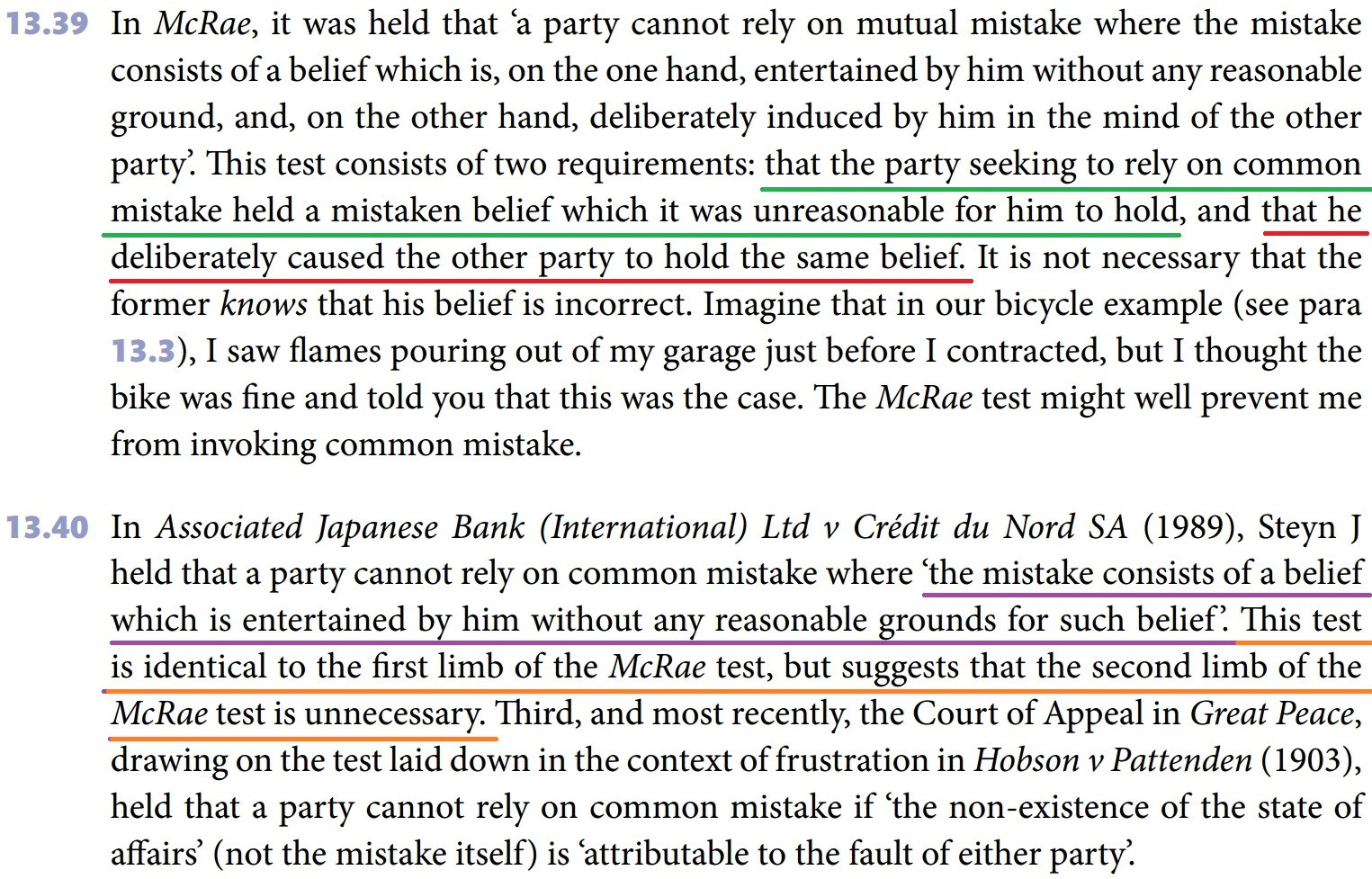 The green (party's believing a mistaken unreasonable belief) obviously can be distinguished from the red (about causation). Furthermore, I don't think the HCA Justices in McRae would be dumb enough to concoct two limbs that couldn't be distinguished.

Thus how can the orange contend that the green "is identical" to the purple, but that the purple makes unnecessary the red? With math symbols, if green ≠ red and green = purple, then how can purple make unnecessary red?

If I read this correctly, (and more context would support this, but I don't have time to do research at the moment; I also don't have the book in question, so I'm only basing off of the provided snippet) then it appears two different (higher court) justices making rules, not only to guide their own judgements before them, but for reference for lower court justices to base their rulings against. Note that these two cases appear to have taken place about 3 decades apart, and in two different countries, albeit with related legal codes.

The Purple is "identical" to the Green, because their wording is near enough identical between the two passages.

I don't think "dumbness" or lack of distinguishably is implied. Rather McRae's rule is Conditions Green AND (logical "and") Condition Red, while the British rule is just Condition Green.

The orange text suggests that, under the rule in Associated Japanese Bank Ltd v Credit du Nord SA, Condition Red need NOT be shown. I.e., you don't need to show that a party is responsible for convincing the other party of an unreasonable falsehood, to prevent the first party from using the doctrine of "common mistake". It also suggests that the rule from McRae does impose Condition Red.

Essentially, the text is describing two different (non-exhaustive) tests for determining when the doctrine of "common mistake" can be invoked.

2
Should I use first-person (I) or second-person (you) for ToS consent?
1
I signed a second work contracts in Germany, without checking my first contract
2
How does a 'covenant' differ from a [1] 'promise' [2] 'contract'?
1
Why ought a third-party promisee to a contract make his claim in the alternative?
2
How does automatic specific enforcement allow claimants 'to sell the right to specific performance for more than the performance's true value to him'?
0
How does legal ownership work with second hand goods, e.g. sold on ebay / Facebook Marketplace?