To evade the penalty rule, how can penalties be redrafted into primary terms to make the event that triggers payment not a breach? [closed]

Want to improve this question? Update the question so it can be answered with facts and citations by editing this post. 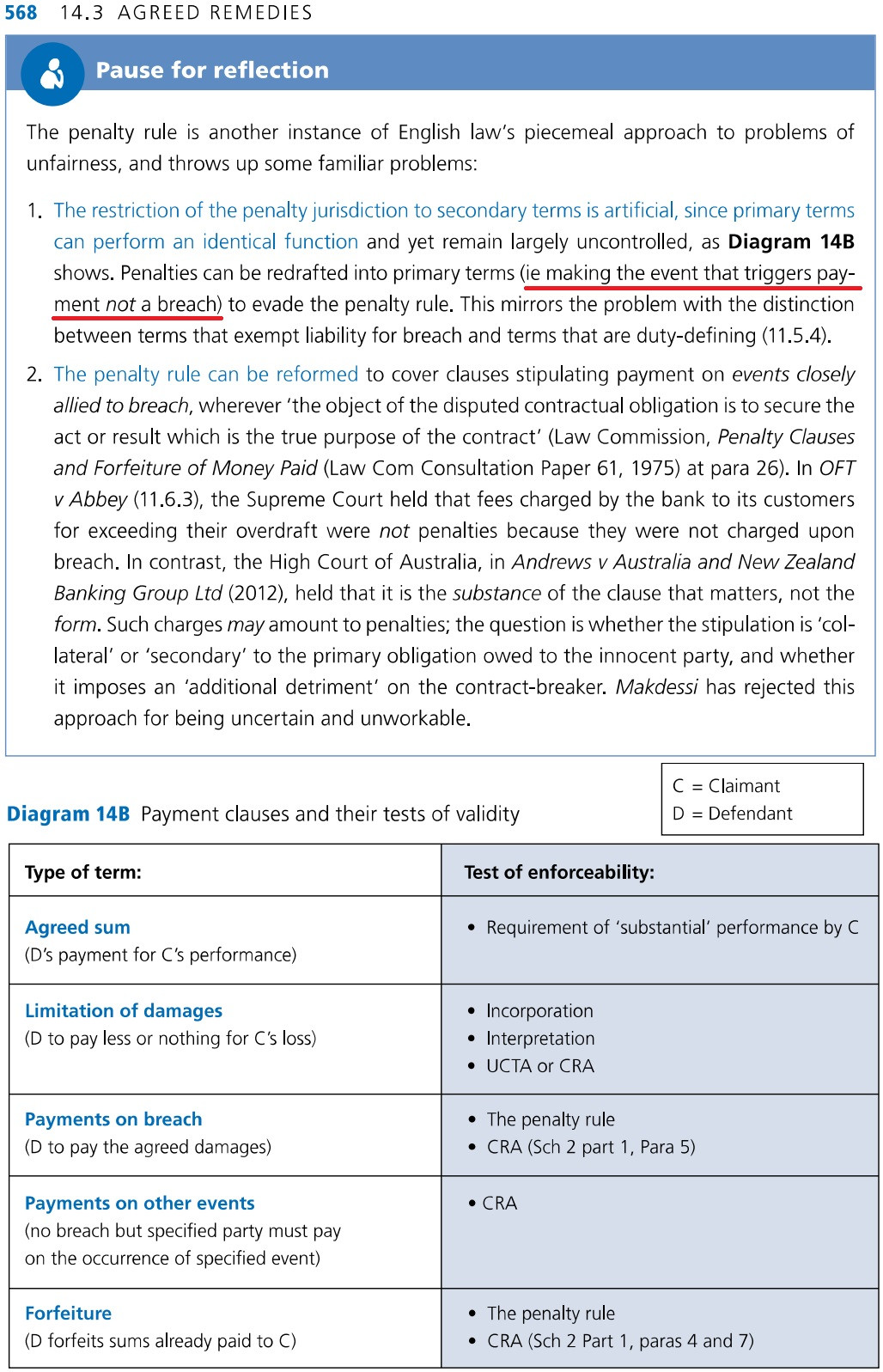 Rather than saying "If you breach these terms by doing X you agree to pay damages/penalty of..." you can phrase it as "The fee for doing X is ...".

Para 2 of the quoted text gives a good example. The bank wanted to put a limit on overdrafts. The obvious way to do this would be to just write a contract term such as:

You agree that you will not exceed an overdraft of £1,000.

The trouble is that breach of contract is limited to the direct damages actually incurred. The bank could try something like this:

You agree that the damage to us of exceeding the overdraft limit is £50 per month.

However the Penalty Clause rule says that this is not allowed: the bank still needs to prove that it actually suffered £50-worth of damage.

To get around this the bank could phrase it like this:

We will provide you with an unlimited overdraft facility. This is free for the first £1,000. Any overdraft in excess of this limit and will be charged at the rate of £50 for every £1,000 or part thereof, for each month or part thereof.

This describes the £50 as a fee for a service rather than a penalty for breach of contract, so that is considered to be OK.

However you can't get away with just charging a huge penalty and calling it a fee. That is where it gets complicated.

In the UK this often comes up in private parking. The sign shown here is typical:

£80 if you fail to pay or [list of other restrictions] (a Charge Notice to pay will be issued) and you also agree that a wheelclamp may be applied which will be released on payment of £250 (in addition to the charge notice of £80).

1
What does 'the presumption [of undue influence] is not legal' mean, if being legal reverses the burden of proof or make the presumption irrebuttable?
2
Why could Change of Position 'logically allow lenders to retain a charge for the sum lent to debtors in reliance on the guarantee's enforceability'?
1
How'd parties 'negotiate around the remedy' to 'share the profits (or savings) from breach rather than allow the contract breaker total retention'?
0
Why can the right obtained by giving nominal consideration be less secure, if not negated?
2
Why would contractual damages be superior to returning defective items?
0
Why's it paradoxical that Wrotham Park damages protect the claimant’s performance interest by enforcing a sale of the claimant’s right?