How do fast food chains get away with selling fake chicken?

Subway chicken only about 50% meat, according to Canadian study 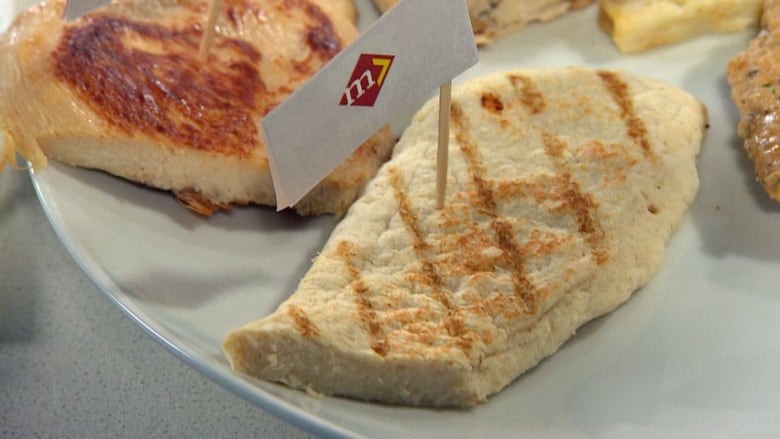 What's in your chicken sandwich?

Subway claimed that their chicken was

"100% white meat with seasonings, marinated and delivered to our stores as a finished, cooked product"

You'd think that they'd be prosecuted for fraud and other offenses, or at the very least sued.

How can they get away with it? Is this strictly a Canadian thing, or is this likely to happen in the US as well?

EDIT For those of you who've never been to Subway, you don't order a "chicken sandwich" there, you specify the ingredients, e.g. "chicken".

EDIT According to lab tests done by CBC, if you buy fish at a grocery store in Canada, there is a good chance that your fish will be mislabeled (wrong species or origin). The food expert in the video stated that this is caused by poor legislation that doesn't punish this kind of mislabeling.

AFAIK subway sells you a chicken sandwich i.e. a sandwich containing some chicken. Where is the misrepresentation?

Not the answer you're looking for? Browse other questions tagged united-states canada fraud food fda or ask your own question.

4
Has a food donor been sued for giving away spoiled food?
2
How fast can lawmakers go from ideas to laws?
0
If I run a website with guides on how to commit fraud, can I get in trouble?
8
How can a restaurant, Old Homestead Steakhouse, continue their false claims of selling Kobe beef?
0
Is it illegal to send mail through the US Postal Service with a missing or fake return address?
4
How can I get past a ban on energy drinks at my school?
1
Washington v Davis in How To Get Away With Murder
2
How can I report Fake News with deceptive misleading statements?
0
Cheated by business with fake positive reviews