Does using a spell checker online mean I'm automated and required to disclose myself as a bot to California?

Stewart's test for obscenity: "I know it when I see it", comes to mind when I read articles about Californias bot disclosure law. Specifically, I wonder what makes me a bot?

Under the statute, a “bot” means “an automated “online” account where all or substantially all of the actions or posts of that account are not the result of a person.” And “online” means “appearing on any public-facing Internet Web site, Web application, or digital application, including a social network or publication.”

National Law Review - Get All of Your Bots in a Row

I'm a computer programmer. And because of that I realize a significant portion of everything I do is automated. For example, I copy and pasted the previous paragraph. I did not manually type it. Heck, even as I type the rest of this, switches are opening and closing and software is manipulating pixels on my screen. Code is automatically adjusting the content I produce so I do things differently such as spelling adjusting correctly. Does this make me a bot in California's eyes? Why not? Can I talk about politics or products without disclosing that I didn't use a hammer and chisel to create my post?

Ultimately software is written by humans. Not a single spell check corrected word I've typed wasn't first typed by a real human at some point. It's just hard to give them credit for being the one that spelled adjusting correctly. Nothing gets online without going through some humans software.

As someone who understands that ultimately everything that happens on a computer is some humans fault, I'm disturbed to learn that California believes bots act on their own. I can't see how this law shouldn't inspire everyone to declare themselves a bot because of the way this law forbids you to use automation undisclosed. What am I missing? Where is the threshold? Is there any objective line here?

I know I'm not what they intended to curtail. This is a reaction to certain political events that I don't want to debate here. But it sounds like this law is written broadly enough that every poster is literally in violation. Is common sense enforcement the only thing protecting us from fines? Is hiding in the heard my only salvation?

If you think I'm not a bot simply because it sounds like I use social media the same way you do please consider the following: 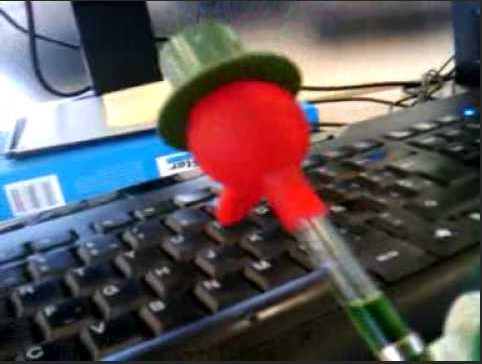 California residents are advised that several finite state automata were used in the creation, dissemination, and consumption of this post that could be considered by the state as constituting a Bot. Drinking bird toys might have been involved as well.

“I know it when I see it” is perfectly sensible law

The application of the law is not algorithmic, it involves discretion all the way down. The legislature established a general rule which will allow judges and jury’s to “know it when [they] see it” in individual cases.

The words the use take their common English meaning unless they are defined in the legislation or are legal terms of art. “Automation” means what a general member of the public would expect it to mean - not what a highly technical usage in computer science might be.

As cases are decided the line between what is and isn’t a “bot” will become clearer but if you dance near the edge you risk falling off.

As for your examples, they are all “straw men” and not worth engaging with because “I know it when I see it” too and they ain’t it.

Not the answer you're looking for? Browse other questions tagged freedom-of-speech legislative-intent or ask your own question.

3
What does "being responsible for the abuse of that right" mean, and is this different from the first amendment?