First amendment and employment: Can a police department terminate an officer for speech?

The following article from CNN describes a Michigan police officer being put on administrative leave for having KKK material at his home: https://www.cnn.com/2019/08/10/us/michigan-officer-placed-on-leave-kkk-document-house/index.html. The materials were discovered while a potential buyer was touring his house.

Although I vehemently condemn the KKK, doesn't this officer have the right to display whatever he wants in his home so long as it doesn't actively and deliberately call for violence? Aren't these articles protected under the first amendment? I realize this is an extreme example, and as a police officer his job requires interacting with all races, but unless it can be shown that he's bigoted and that it negatively affected his job performance, isn't it illegal to fire him?

Employers can restrict speech according to company policy while at work, but we all have to go home at some point. Can those restrictions follow us after clocking out?

In general, employers in the United States are free to fire you for your speech. The First Amendment does not apply to anyone except the government (other than a narrow set of circumstances where private parties act on behalf of the government or take on government roles, like when private universities employ campus police). If the officer was being fired from a job at a private company, this would not be an interesting question -- the answer would clearly be "no, there is no First Amendment claim here." That’s not to say labor laws might not come into play (for instance, federal law prohibits firing an employee for organizing a union, and some states prohibit firing for off-duty political speech); however, labor law protections exist by statute and are not derived from the First Amendment.

What makes this interesting is that the government is involved. Unlike private employers, government agencies are bound by the First Amendment. In Pickering v. Board of Education, the Supreme Court held that this does restrict them in their role as employer and that they can't necessarily fire an employee for speech. Pickering imposes a balancing test, where the harm to the employee's First Amendment rights is weighed against the government's interest in efficient operation. Courts have given particular leeway to police departments punishing speech that would undermine public trust and confidence in the department. A police officer expressing racist views, even privately, can seriously hamper the effectiveness of the department if the speech gets linked back to them. For instance, see Pappas v. Giuliani, where the Second Circuit upheld the firing of an NYPD officer for anonymously mailing racist diatribes from home in his off-duty time.

Another answer suggests that the main question is a public safety one: whether the officer could be trusted to carry out his duties without bias. But that's not the only legitimate consideration for the government employer. The courts have repeatedly held that public perception of an agency is a legitimate concern, especially when it comes to agencies (like the police) whose job requires maintaining good relations with the community. In Pappas, the officer was assigned as a computer operator who had no contact with the public, but he was still a police officer whose speech had a high potential to undermine NYPD community relations.

Keep in mind the context. These are not private items in his private sanctum.

He displayed prejudicial matériel during a house showing.

He gave a tour of his house. For home buyers.

He had no idea who the Realtor was bringing to see his house. He made a point to festoon his home with symbols of white supremacy, placed quite on purpose so they would be seen.

It's not like potential buyer showed up with a pallid complexion, beer belly, mullet and MAGA hat, and the cop sized him up to be a kindred and then unlocked a cedar chest. Not only were the items in plain view, but they were positioned so they could not be quickly hidden if he wanted to conceal them from, say, a black home buyer. He did not, of course!

And if you're not familiar with US housing law, that has been illegal since 1968. (Title VIII of the Civil Rights Act): 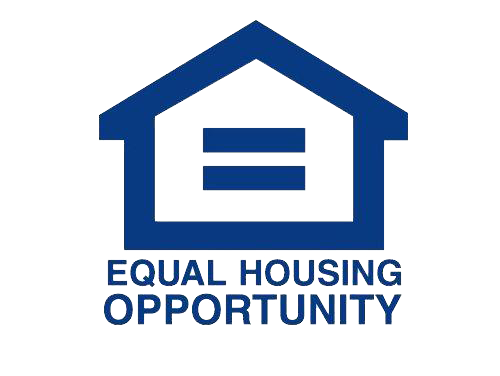 "It is illegal discrimination to, because of race, color, religion, sex, disability, familial status, or national origin:
Make, print or publish any notice, statement or advertisement with respect to the sale or rental of a dwelling that indicates any preference, limitation or discrimination".

The plain, obvious purpose of the displays (or from failing to remove the displays for the showings) was to have them be seen by all home buyers. It would be obvious to non-whites that he would either refuse to accept any offer, or obstruct the lengthy sale process in ways which would be deniably not about race. And in the US, the sale process has lots of places which provide opportunity to do that. He is telling minorities they are not welcome in this house or neighborhood.

I am talking like I can read his mind; that's irrelevant. Whether he thinks that way or not, any reasonable person would infer this from the displays, and that is enough to presume his intent. Anyone should have reasonably known better, him particularly.

By plain view, the preponderance of the evidince in plain view says that he intentionally violated the FHA of 1968 and most likely similar state laws if not the state constitution. And did so not by accident, but with exactly the black of heart which the laws are there to prevent. This is not speech, it is action, and the department is treating it as such.

In particular, there is also a cultural issue, in that race relations with the police are taken very seriously in Michigan. Not least because Detroit has been famous for decades of doing a very good job of it, so there's a high bar in Michigan, and a high commitment not to have a Ferguson there.

A private employer absolutely can fire you for your speech, even speech off their property, as the First Amendment is a directive to the government. States can pass their own statutes to restrict termination for speech, and some may have.

For the government, the answer is generally "no". But there could be a public safety exception in this situation, where the officer can no longer be trusted to carry out his duties without bias.

It's not the speech per se that is the problem.

So that person could and should be terminated, because they stop the police from being able to do their job.

The officer does have the right to display whatever he wants in his home, but if his beliefs become public, then he may lose the ability to be an effective officer of the law. The particular beliefs in this case make it impossible.

Putting aside any ethical and moral arguments, the officer can simply no longer perform his job. The public evidence of his white supremacy means that every action of this officer, in the future and in the past, can and will be challenged as biased. Every time the officer is called to testify in court, the defense will drill him with questions like, "Do you believe in white supremacy?" that will paint his testimony as unreliable at best, prejudicial at worst. You cannot be a law enforcement officer if your testimony in court is always going to be distrusted.

Keep in mind that the KKK is not just a racist organization. There are plenty of white people they don't like, such as Jews and Catholics. The KKK has a pretty narrow range of "acceptable" people, and skin color is only one factor.

It's hard to imagine a police force letting this officer work the streets knowing what they know about his beliefs. Even putting him in desk job is perilous. Everything he touches is tainted, including his fellow officers, the organization as a whole, and ultimately, the entire justice system where he works. There is no choice but to terminate him.

This almost certainly falls under Conduct Unbecoming an Officer, which in most cases is derived from an offense of the same name in the Uniform Code of Military Justice (UCMJ):

Article 133. Conduct unbecoming an officer and a gentleman:

Any commissioned officer, cadet, or midshipman who is convicted of conduct unbecoming an officer and a gentleman shall be punished as a court-martial may direct.

What qualifies as "conduct unbecoming an officer and a gentlemen", you might ask?

Conduct violative of this article is ... action or behavior in an unofficial or private capacity which, in dishonoring or disgracing the officer personally, seriously compromises the person’s standing as an officer. There are certain moral attributes common to the ideal officer and the perfect gentleman, a lack of which is indicated by acts of dishonesty, unfair dealing, indecency, indecorum, lawlessness, injustice, or cruelty.

This is generally consistent with the Law Enforcement Code of Ethics, which states:

I will keep my private life unsullied as an example to all and will behave in a manner that does not bring discredit to me or to my agency.

You don't have to have committed a crime to be fired from a job. Being a police officer is no different in this respect. It can be shown readily that this conduct discredits the agency, so it's a violation of the Code of Ethics and that's generally a cause for termination.

Even if we assume this officer has the perfect explanation for why he had these articles (I dunno, perhaps he's a volunteer restoration worker and has been restoring these articles for the local Museum of Historical Discrimination), it doesn't really matter anymore: he created through his actions a situation which discredits his agency, and is therefore culpable: he doesn't have to actually be racist, creating the illusion of racism is detrimental to his agency and that, itself, is grounds for dismissal.