Who is responsible for a lost bitcoin transaction client:vendor?

I paid for a new mock using a BTC-processor that handles the bitcoin payment (with the use of a unique address).

Later I got a message from the vendor saying that the transaction was "cancelled", later he showed me a picture of his admin-dashboard where is showed that "status: failure", but the bitcoins are already over my side probably this was caused because I sent them less that the actual price stated(really minor). secondly I assume the bitcoins are now on his wallet, but he declines the bitcoins are on his wallet. now the question, who is responsible, I, the bitcoin gateway, or the vendor, and has the vendor to ship the item?

Here is the actual payment: https://www.blockchain.com/btc/address/16q9osWoKYffbY8iwJrr7DJg48sJWc4pGM 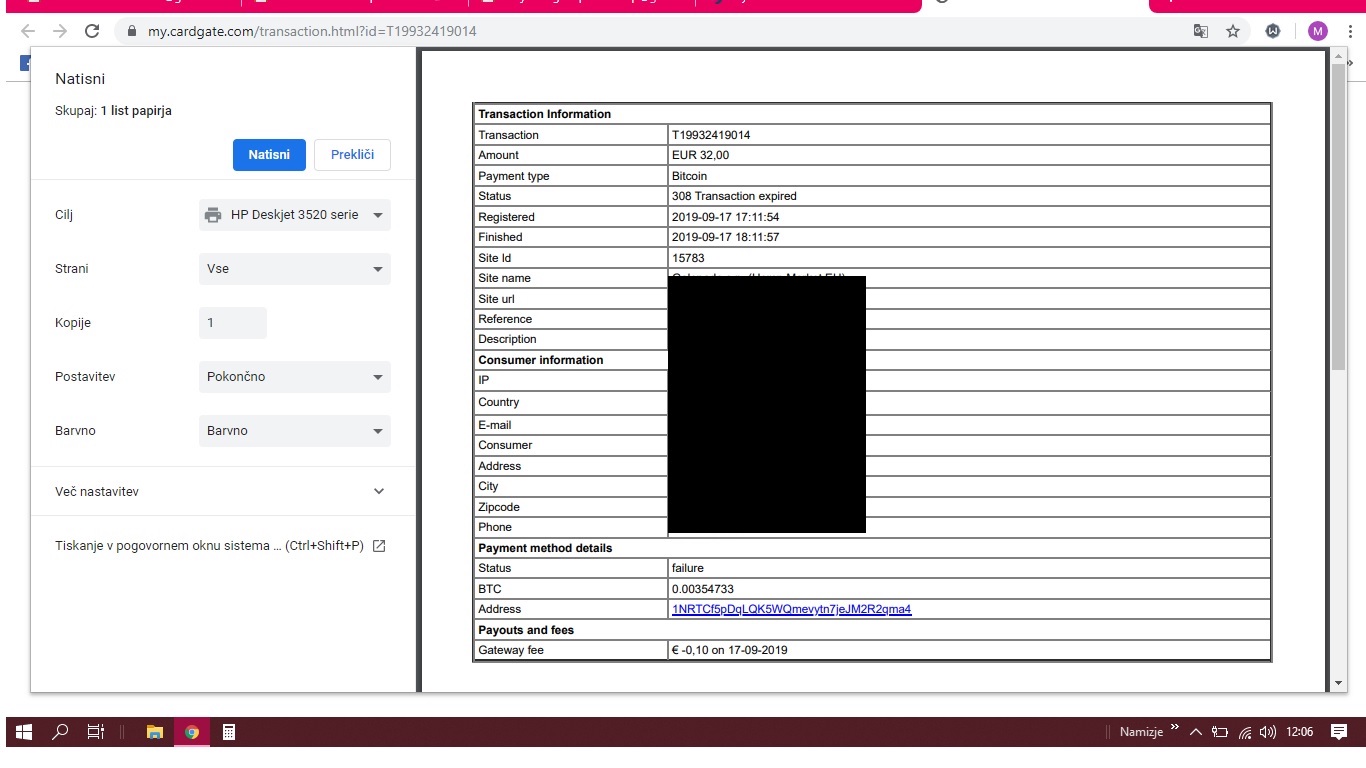 The transaction you cite shows that the coins left what I presume is your wallet and went to another. You say that you "used" a payment processor, who will presumably convert the coins to Euros and pay your vendor. If so then the processor now has the coins.

However it is your responsibility to get the payment to the vendor by following their instructions. So if the vendor has not got the money then this is your problem: you still need to pay. The only exception would be if the vendor screwed up by giving you the wrong payment information.

Not the answer you're looking for? Browse other questions tagged payment money cryptocurrency or ask your own question.

9
How does insider trading law affect bitcoin exchanges?
0
Do Bitcoin banks need a banking license?
3
Paid in Bitcoin - Company can't deliver and wants to return money in other currency
3
Does bitcoin count as income in the U.K.?
8
When does it become illegal to exchange bitcoin for cash?
2
Is it legal to trade bitcoin for cash in Virginia, USA?
1
Sanctions against dealing in Bitcoin