What means it to divorce enforcement from exchange? Why isn't the proper remedial response obvious?

What do the 1. red and 2. purple underlines mean? Thanks. 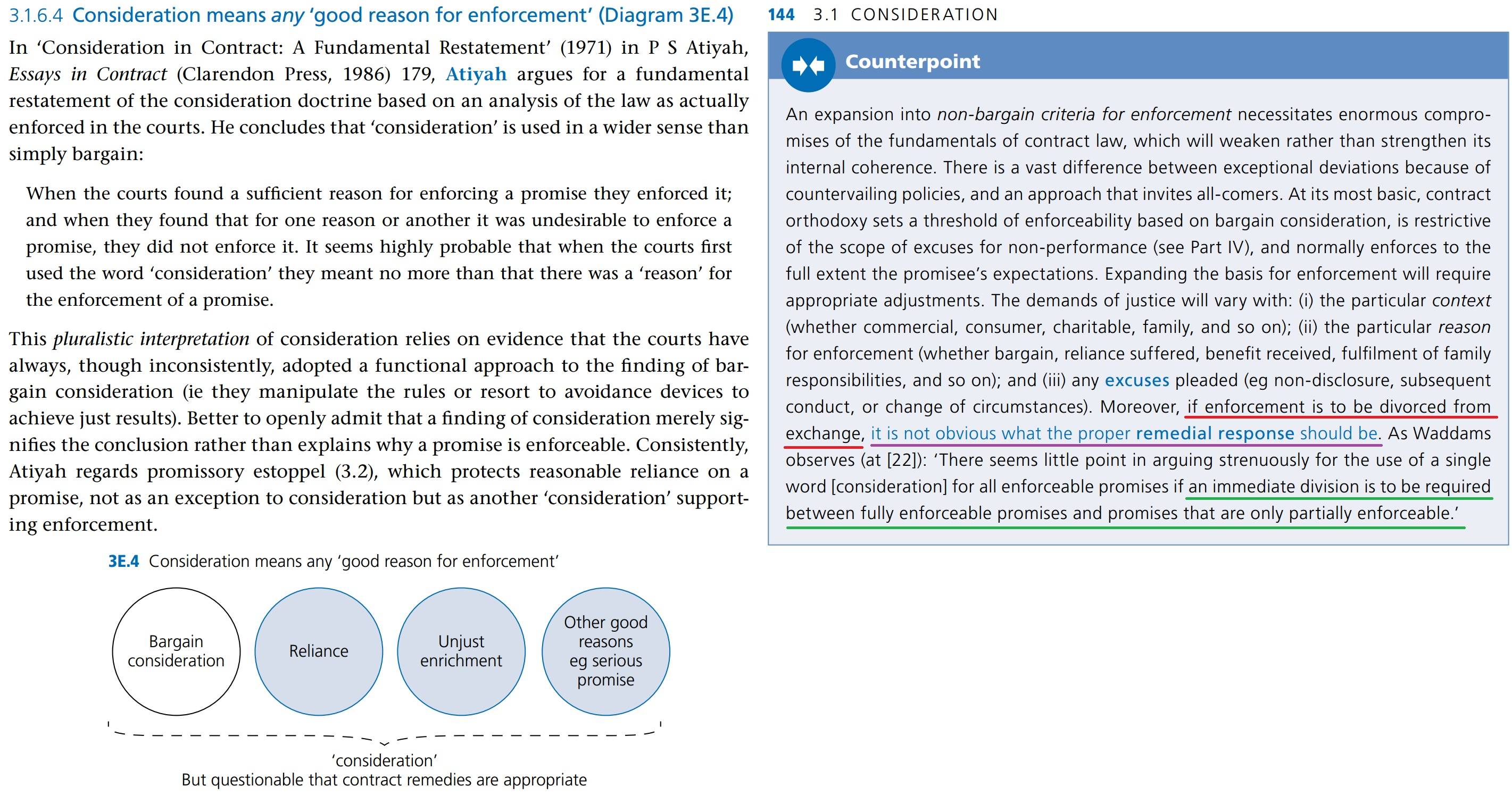 grijo633 comments on What does it mean to divorce enforcement from exchange? Why isn't the proper remedial response obvious?

She is talking about why some promises are enforceable and not others. Contract law requires a mutual “exchange“ of promises (ie consideration) for a promise to be enforceable. And the usual remedy for a breach of contractual promise is “expectation damages”, which means the sum of money that puts the innocent party in the position they would be in if the promise had been performed (ie they get what they were promised, in money terms at least).

There is a big academic debate in some circles about whether this is correct. Why do we require consideration? Why shouldn’t the law enforce promises made in other circumstances? In recent years the law has started to do this through the concept of promissory estoppel. Instead of looking for an exchange of promises, promissory estoppel looks for detrimental reliance and “unconscionability”. But unlike in contract law, promissory estoppel does not (usually) fully enforce promises. The remedial response isn’t expectation damages. Instead, it grants compensation for losses arising from the innocent party’s reliance on the promise. So in a sense the promise is only partially enforceable.

Chen-Wishart is raising the question about whether it would be fair/good to enforce promises made without (ie divorced from) a bargain (ie a promise that is not supported by an exchange). And if we start to allow this, how should the law respond when a promise is broken? Should the remedial response be full enforcement (expectation damages), or partial enforcement (reliance damages)?

It’s actually a really interesting academic question, although I don’t think it’s expressed particularly well in the passage you’ve highlighted. I’ve found Chen-Wishart’s book to be very helpful from an academic perspective, but it’s very theoretical and not so practical. It might be a challenging place to start from if you are a beginner learning about contract law! All the best for your self teaching though!