Why isn't drunken mistake distinguished, and divided into involuntary and voluntary?

Herring moots "drunken mistake" beneath marked by my red stars, but he never distinguishes between involuntary and voluntary drunkenness? Why not? 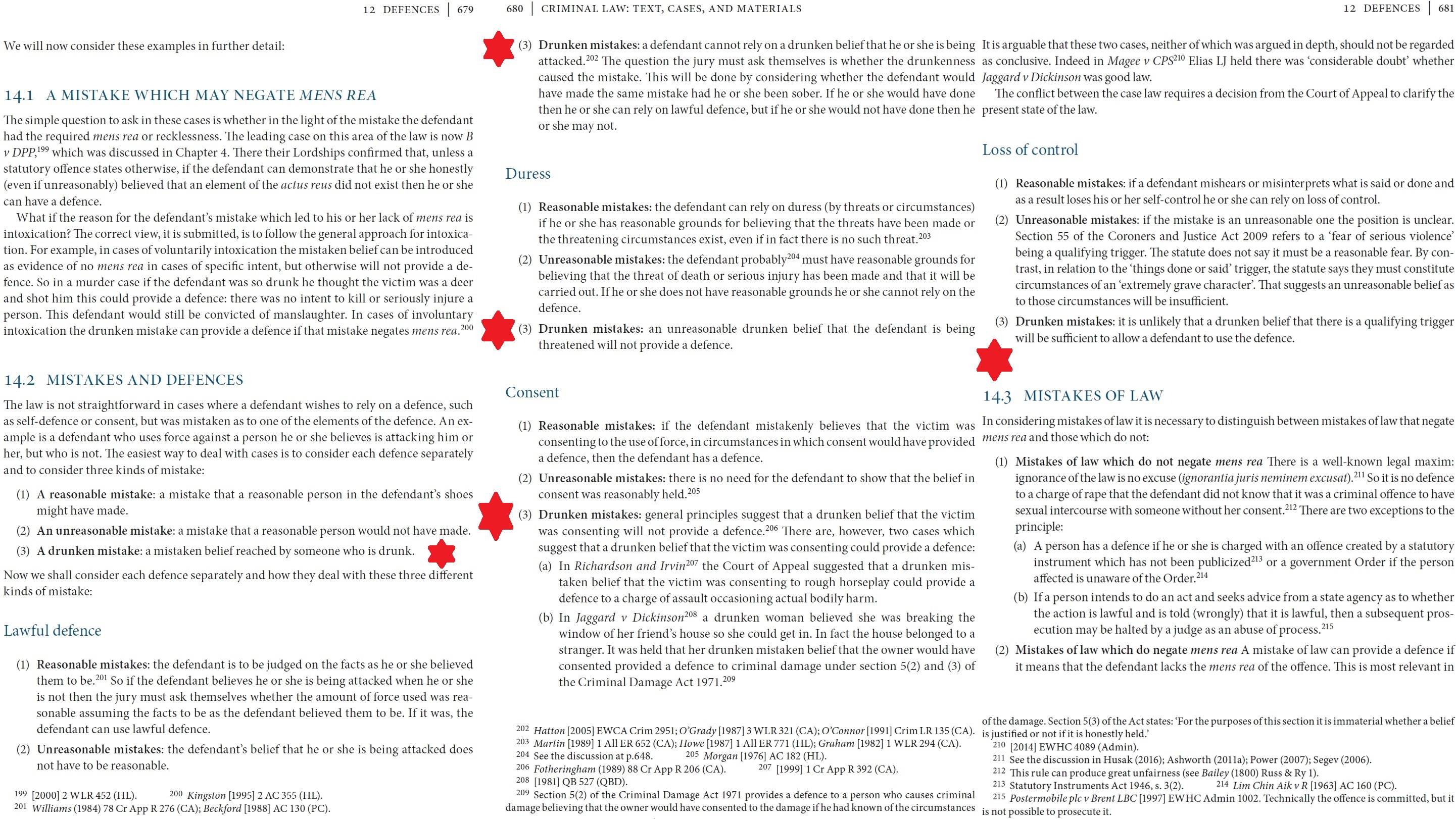 If defendants are involuntarily intoxicated then there are no special rules, and defendants will be reckless if they foresaw the risk, but if they did not foresee the risk they will not be reckless.56

A summary of the law on intoxication:

Defendants who are involuntarily intoxicated can introduce evidence of their intoxication to persuade the jury that they lacked the mens rea of the crime. If, however, the jury finds they had the mens rea they will be guilty. If they did not, they are not guilty.

Defendants who are voluntarily intoxicated can introduce evidence of their intoxication to prove that they lacked the mens rea in crimes of specific intent and are therefore not guilty. In crimes of basic intent the fact that they were intoxicated when they committed the crime will provide the evidence that they had the necessary mens rea. →9 (p.187)

The case of Kingston368 has been controversial. It will be recalled that the House of Lords held that the defendant, who was involuntarily intoxicated, could still be convicted of an offence providing he has the necessary mens rea. The approach of the Court of Appeal, that a defendant who suffered a disinhibition caused by a stratagem of a third party could have a defence, was rejected.

Browse other questions tagged criminal-law england-and-wales or ask your own question.

15
Is there any way of having sex without risking jail in the United States?
1
Prosecutorial discretion and jurisdiction
2
How does the justice system handle cases against persons who cannot be identified?
7
Can someone get protection under Double Jeopardy for a crime by arranging to be put on trial with fake evidence that is then disproven?
1
Can a jury find guilt based mainly on “mens rea?”
1
Standard of proof required to prevent dismissal of criminal charge before trial
0
If victim consented to sex, then attempted rapist regards plan as failed. Why “[o]nly the most sadistic rapist would have that state of mind”?
1
Innocent Misrepresentation v. Mistake