Why is it just "lazy and non-falsifiable" thinking to believe judicial review is just politics or values in a different guise?

Fifth, and finally, always remember that legal reasoning matters. It is true that normative outlooks on a variety of matters shape approaches to judicial review. It is also true that different judges may approach the same ground of review in different ways. There is also no doubt that many decisions will have important political implications. But none of this is to say that judicial review is just politics or values in a different guise—to say that is just to engage in lazy and non-falsifiable thinking. The point of all of the above is that the key in getting to grips with this case law is to get to grips with the legal detail and see how that detail shapes the grounds of review of their application. 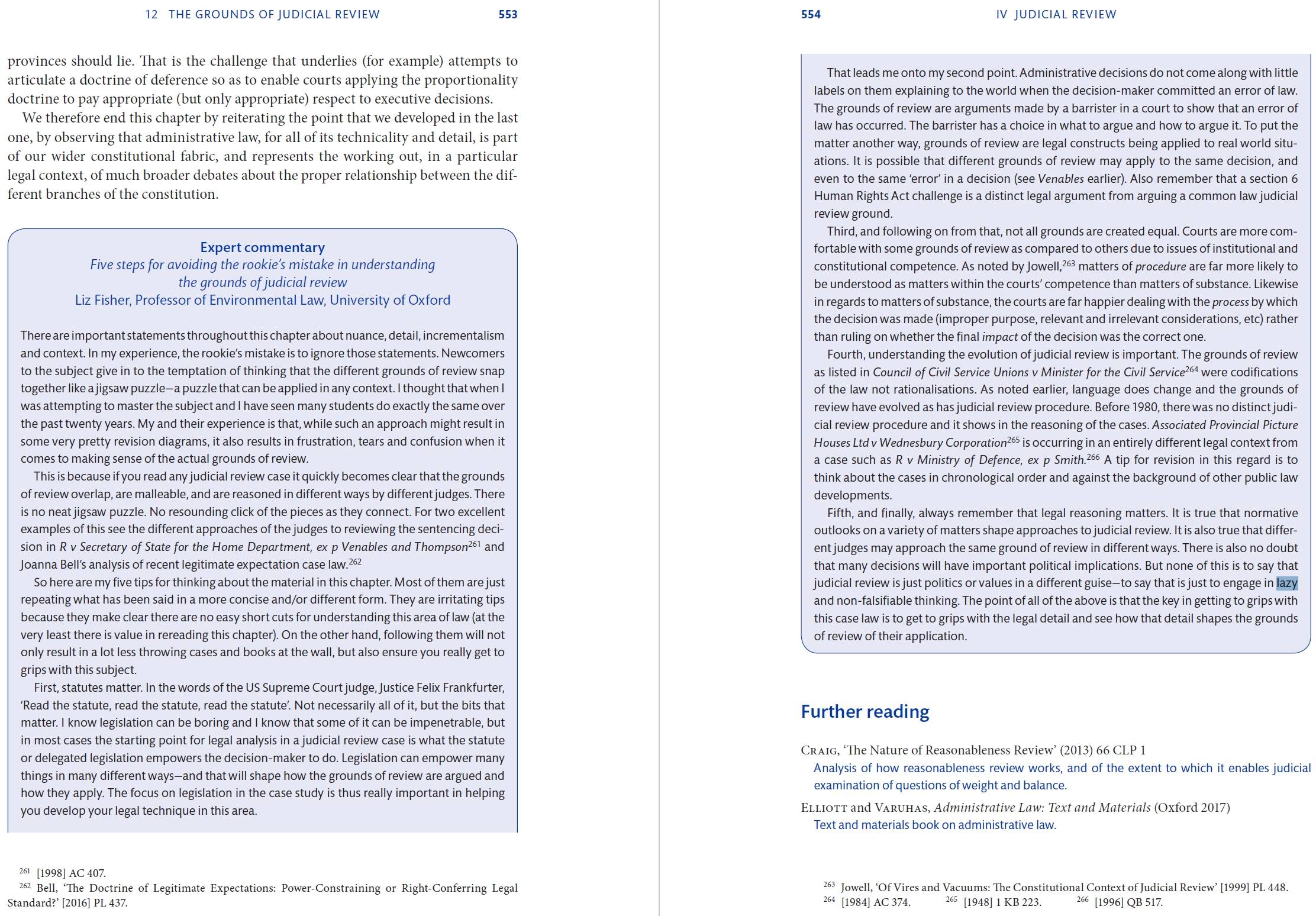 The author, perhaps unsurprisingly for a law professor, is more or less saying, 'Do your homework'. One might have the opinion that judicial review is just the unelected branch of government overriding decisions of the executive (or their officials). If so, that's rather undemocratic. If you believe that judges are merely applying their preconceived opinions in coming to a ruling, then there is no point studying it in detail (hence lazy).

Falsifiability is a useful property in a theory. If I believe that there is no point studying the rulings because judges are just pulling answers out of the air, then there isn't any evidence you can provide to convince me otherwise. I might be correct in my belief but it isn't one based on evidence.

What the author is arguing is that, if you're a student of the law, you need to study rulings in detail and look at the statutes, authorities and precedents quoted. Only then can you have an informed opinion on whether a more or less conservative (or whatever) judge might have come to a different ruling.

richardbrichardb
1,29611 gold badge77 silver badges1414 bronze badges
3
Add a comment  |
Law Stack Exchange is for educational purposes only and is not a substitute for individualized advice from a qualified legal practitioner. Communications on Law Stack Exchange are not privileged communications and do not create an attorney-client relationship.