This is the image of my house on Google Maps: 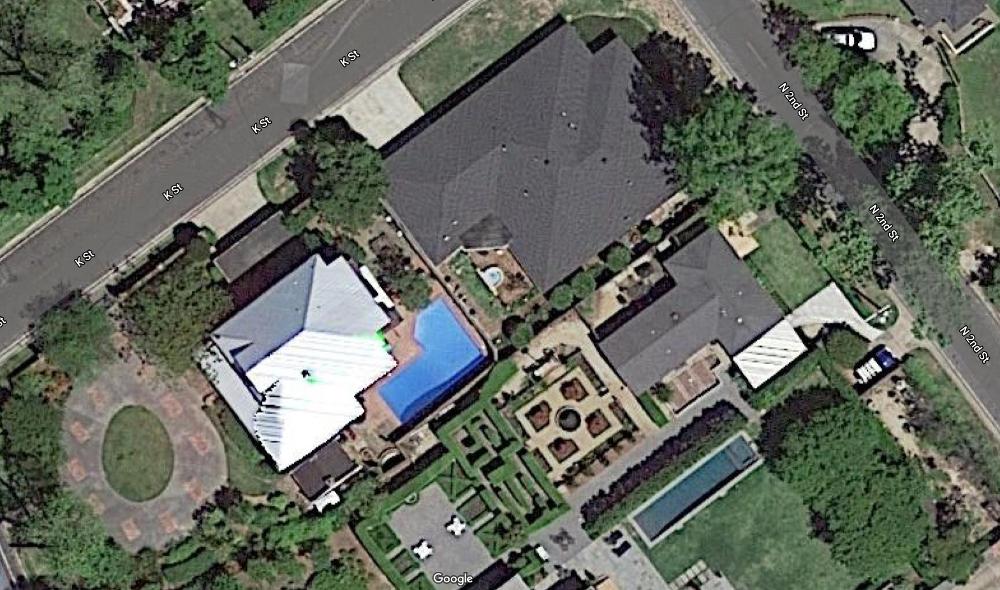 (not really. Just to make a point).

I gave no permission to Google to publish a satellite image of my back garden (including swimming pool, children's playgrounds, etc) for all to see. And I guess probably non of you did either. And yet, there it is.

Why Google has the right to do so? Under what authority is such trespassing on privacy legal? More over, how can Google do this for every country of the world? Below is the apartment building where a former colleague lives, in North Korea: 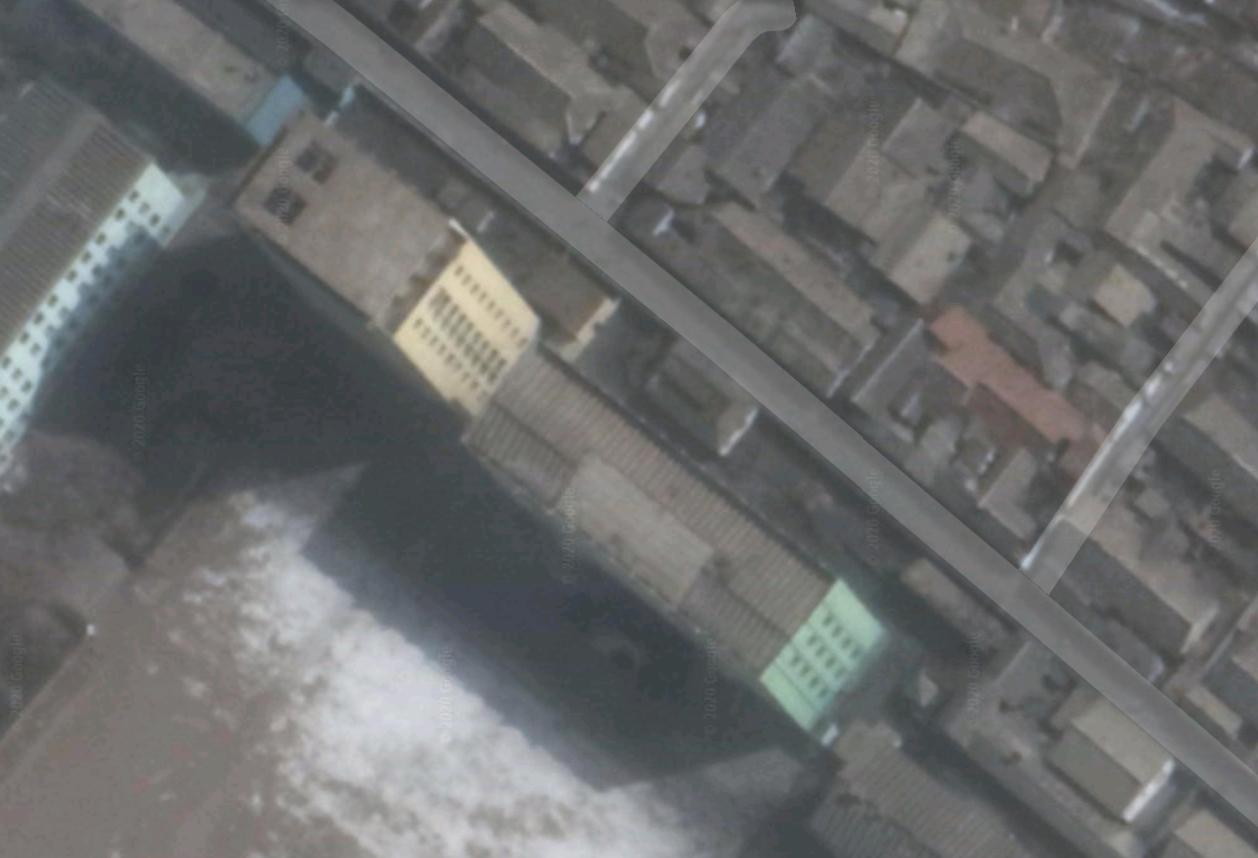 Did the North Korean government authorise Google to publish these images? Surely not. Google maps' Terms of Service does include a note for certain countries, but not for all of them. And the notes make no reference to people authorising states to use those images.

Google maps (Street View, Google Earth) are all legal, although perhaps they are illegal in North Korea (along with many other things). Permission would be required for them to enter your house and take pictures, but if it can be seen publically, it is legal unless there is a specific law forbidding taking pictures. It is possible that there are legal restrictions on the Street View method of driving around with a camera in some countries, but Earth view shots are obtained by satellite, which is out of the jurisdiction of the objecting country. The Street View gap for Belarus may be due to a legal restriction, or it could just be Google-strategic (there seems to be no public explanation). There have been numerous "legal encounters" involving Street View and the authorities, in the realm of privacy concerns: there is no general rule.

Google has the right to make and distribute these photos because there is no (enforceable) law against doing so, unless there is.

Everything which is not forbidden is allowed

There is a fundamental legal principle that states that there is an essential freedom for anyone to do everything that's not explicitly forbidden by some law.

You state that "I gave no permission to Google to publish a satellite image of my back garden (including swimming pool, children's playgrounds, etc) for all to see." - however, unless there exists a specific statute that forbids people to record and publish satelite images of your back garden, or requires explicit permission to do that, they don't need your permission.

One of the leading cases under U.S. law is Florida v. Riley, 488 U.S. 445 (1989), in which the United States Supreme Court held that police officials do not need a warrant to observe an individual's property from public airspace. It is not obvious that a satellite photo is distinguishable from Florida v. Riley.

Incidentally, U.S. law to which Google maps is subject, does prohibit release of certain photographs of facilities kept secret for national defense purposes, so if the same photo were taken of a U.S. military base, the U.S. government could insist that it be taken down.

A North Korean law objecting to the image is one Google can safely ignore (and it probably is illegal under North Korean law). But, if, for example, the E.U. threatened legal action against Google for violating E.U. privacy laws with satellite images of places in its territory, Google would probably have to comply. To my knowledge, there are no such laws in the E.U.

Not the answer you're looking for? Browse other questions tagged media google or ask your own question.

1
Rights protection on Google Play
1
Is it legal to avoid Google Play and Appstore 30% fees using a website?
1
Google Photos Takeout - machine learning classification missing
1
Is it legal for using the limited free storage of Google Drive freely for business? Or should one buy a license for it?
0
Can I store data from Google Maps API for personal, educational use? [2021]
0
From a purely legal standpoint, is it allowed to embed Google apps (like docs) in your website using iframes?
1
UK privacy lawsuit against Google
2
is using APIs that scrape translations and audio files from google translation website legal?
1
Google CCPA Request