I've noticed that the NYPD uses some sort of custom fleet license plate such as that seen below. 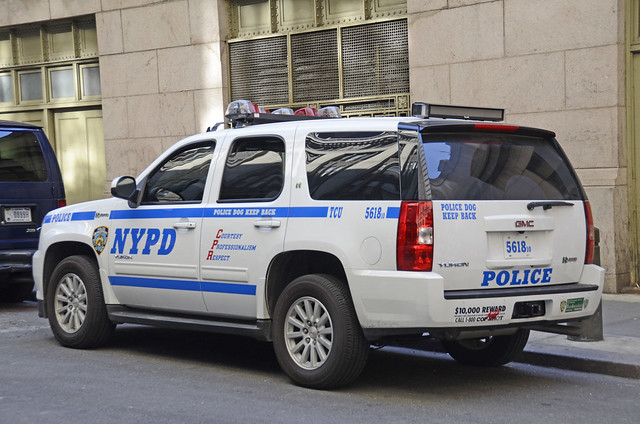 I was able to find this reference that states:

As the license plate matches the identifier on the side of the vehicle, I'm guessing that this is an NYPD-created identifier (and an NYPD-created plate). Are these plates simply special ones issued by the commissioner? If not, how is this practice in accordance with state law?

In New York State, vehicle registration requirements (including the requirement to display license plates) are under Title IV of the Vehicle and Traffic Law. Title IV refers to "motor vehicles." However, Section 125 of the law, which defines "motor vehicle" for the purposes of the law, states that:

Every vehicle operated or driven upon a public highway which is propelled by any power other than muscular power [...]. For the purposes of title four of this chapter, the term motor vehicle shall exclude fire and police vehicles other than ambulances. [...]

Fire and police vehicles in New York State are exempt from registration requirements, including the requirement to have a license plate. They can use license-plate-esque designs, and I believe they can get normal local government plates, but they do not have to.

EDIT: Also, I just remembered the NYPD operates at least one ambulance. Per that section, one would expect the ambulance to use a state-issued license plate, not the NYPD fleet plates. And this is, in fact, the case: 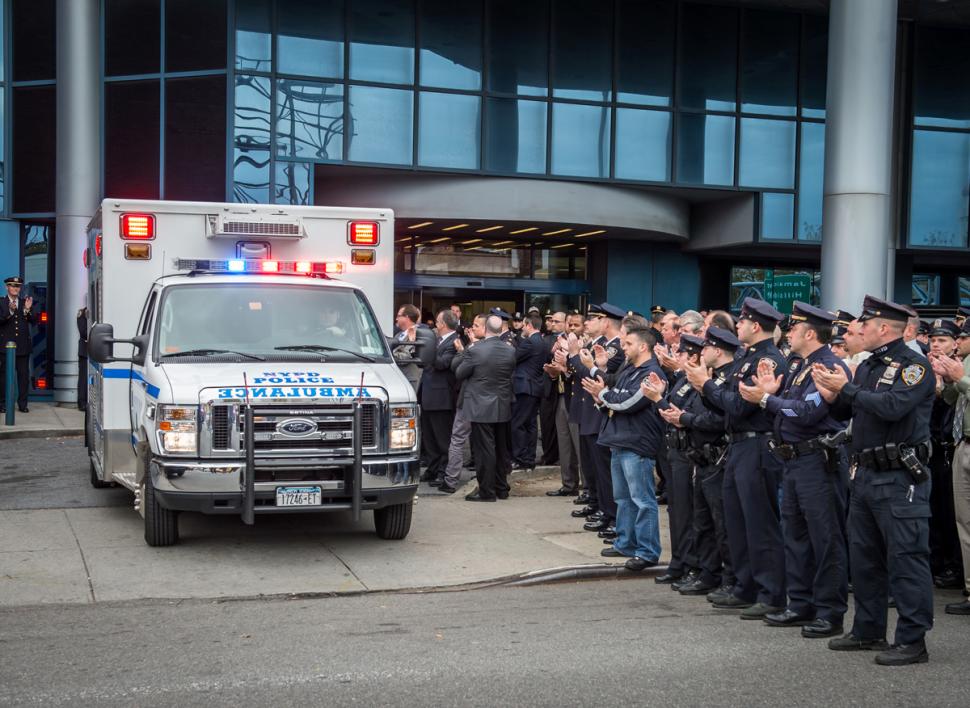 The question, as written, doesn't make much sense.

The commissioner of motor vehicles is authorized to issue number plates, and the law and/or regulations specifically reference the issuance of plates to state and municipal vehicles, which would include the NYPD.

In other words: the people responsible for writing and carrying out the law have thought of this, and created a system specifically designed to deal with it. It makes no sense to assume they aren't following it.

NYPD does have a fleet registered with NYC. They match the car number to the plates and assign them to an officer who logs it in and out in a log book or computer. If they didn't have authority to use the fleet style plates they'd have no rear identifying marks making it easy to be crooked and run off. NYPD had the courtesy to let us be able to ID the car involved in anything they do. I'm glad they actually have something instead of nothing.

Not the answer you're looking for? Browse other questions tagged traffic license-plates new-york-state or ask your own question.

3
Is it legal to cover over a slogan on a license plate?
2
How to fight citation for expired license plates in Washington State?
2
License Plate Flipper
2
Using BC License Plates in Alberta
2
Is a police car parked perpendicular to the road (with flashing lights) sufficient by itself to legally establish road closure to all traffic?
2
Do I have grounds to file a civil lawsuit against the City of Chicago for my Expired Plates Violation? Is it worth it?
1
Michigan-Registered Car driving in California Front License Plate Question
31
Is it legal to go take my license plates off a car I sold, without realizing I should keep my plates?