Say I've made a photograph. 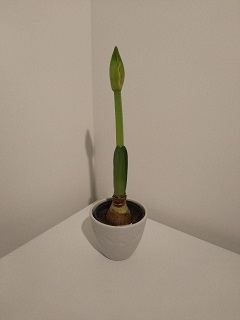 I am now the copyright holder of that particular image. I am using this picture on a personal website where I am talking about plants. Now somebody else wants to create a database with pictures of plants in it. Instead of making a picture themselves or paying for the right to use a picture they simply use mine without permission.

As far as I understand this would be a copyright violation and I would be able to use the law against them. At the very least force them to stop using my picture.

But what if they do not actually use my picture in any way that is viewable to human beings? They may very well decide to store the image data in a textual representation equal to the binary string of the original file. This is what it might look like:

Their database is being read by computer algorithms that can easily read the binary representation and transform it back into a format that can be used for image searches and similar procedures.

I would assume this is still a copyright violation, but is the law actually smart enough to understand this? Is every possible pattern of bits that could somehow be transformed back into my original image protected under copyright? Does it matter how the data is being used?

I am most interested in what the law would look like in both the united states and the EU.

Subject to sections 107 through 122, the owner of copyright under this title has the exclusive rights to do and to authorize any of the following: (1) to reproduce the copyrighted work in copies or phonorecords...

In describing what you may not do without permission as "reproducing", the law transcends the level of minutia that would be required to say exactly what it means to "reproduce" a work.

It has not been a legal issue whether one infringes if one copies a book, setting the text in a different typeface. It also has not been a legal issue whether it is infringement if you change one of the works when you copy it, thereby making a certain copy not a verbatim copy, although there has been a popular meme for years that you can circumvent copyright law if you change a few words. It has been an issue to determine what standards are to be applied when two works could have been independently created but have some similarity that suggests the possibility of copying. In the realm of digital representations, the law sees through the physical format of a work, and looks for "the expression".

3
Trading Card Database - Copyright Infringement or Fair Use?
1
Is an "Acceptable Use Policy" and TOS enough to protect me from personal liabilty?
2
A company giving me a broad copyright permission, but also told me not to use one specific thing
0
Using premier league data for academic resarch
2
Hosting One time pad of copyrighted material
4
Question about using Wikipedia content. About "CC-BY-SA" license. About its "Copyleft/Share Alike" part
0
Data copyright for public domain content or natural resources
0
Including geometry dervied from copyrighted fonts in open source software
0
Why did Google and Amazon win the argument against Perfect 10 regarding copyright of search engine images?
19
Can satellite images be copyrighted?