Here is a video of a Tesla car driving itself. In the jurisdictions in which it is operating, is it street legal?

The Tesla Model S, when made, didn't drive itself (but had a suspicious number of sensors it wasn't using). One day, a software update came out and puff: they drive themselves now.

For example, if it got in a car crash, who would be considered the driver, the car or the person in the driver's seat.

Are they street legal?

Self-driving cars (aka Driverless Cars) are being researched widely by different companies. The Nevada State was the first one to allow such cars to be tested in the roads. Google is behind this achievement.

Similarly to Uber and some other apps that impact the way we live, each country will have it's fair time of court to debate whether driverless cars are allowed or not. Without a specific jurisdiction in mind, your question is too-broad, but I believe that there will be countries with early authorization of such cars, whereas some countries will still take up a few decades to start introducing this new technology.

Up to this day, it is beyond the scope of my knowledge any driverless car in which the company states that a human driver is not required in the driver seat. Considering that it's a brand new technology and the outcomes are still not quite definitive, it's safer to require a human ready to act up and it shields the company from liability. We know the cars are being tested and we know drivers are required to be focused, so if an accident happens the driver is liable.

Here is a map of the USA jurisdiction about autonomous cars: 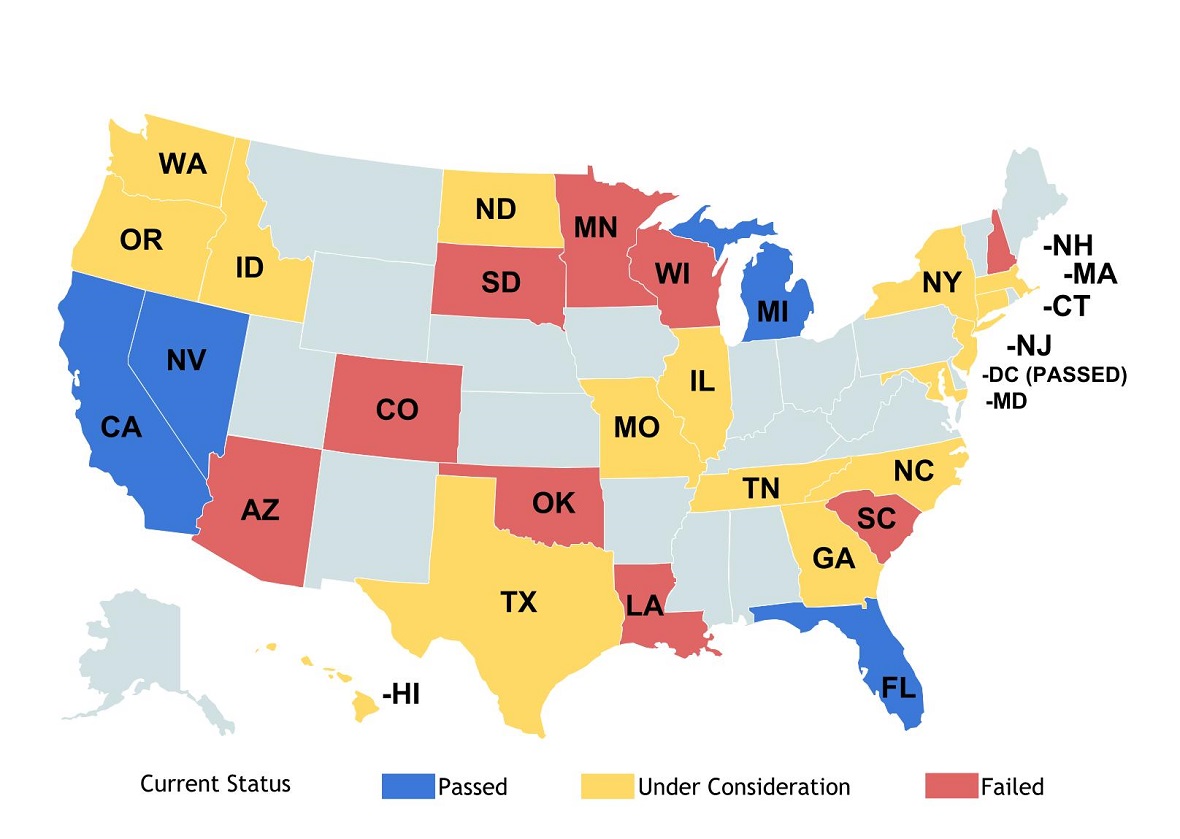 Currently, there are news about USA, UK, France and Switzerland allowing such cars to be tested in public roads.

Not the answer you're looking for? Browse other questions tagged software transportation or ask your own question.

4
Is it legal to post a photograph that I captured of a stranger in the street?
3
What are the legal implications of providing software only with a copyright notice?
1
Are there any legal issues for commercial emulator software?
1
How to know if parts of a design are legal to use?