Am I required to return a package that was sent to me in error?

tl;dr: Do I have to return a package that was sent to me that I've already been refunded for?

In early October, I pre-ordered the Microsoft Band 2; a fitness monitor. It wasn't scheduled to be released in Canada until late November (~20), so I didn't expect it anytime soon. Near the end of October however, I received a tracking number from Microsoft, and had my credit card charged for the full amount of the product. Sure enough, it had been sent a month early, apparently in error. I checked the tracking page, and marked my calendar for the 2nd of November, excited I was getting it early.

Well, the 2nd came and went. To my frustration, the package ended up getting stuck in customs for days. Then, I received an email from a "Chuck Norris" (I'm not kidding) that Microsoft had realized their error, and couldn't allow me to have the package early. Instead, my order was cancelled, refunded, I was given a $20 credit for their online store, and told to reorder the Band if I still wanted it. I decided to wait. The package was sent back to China, and sat there for about a week. This picture tells the whole story nicely: 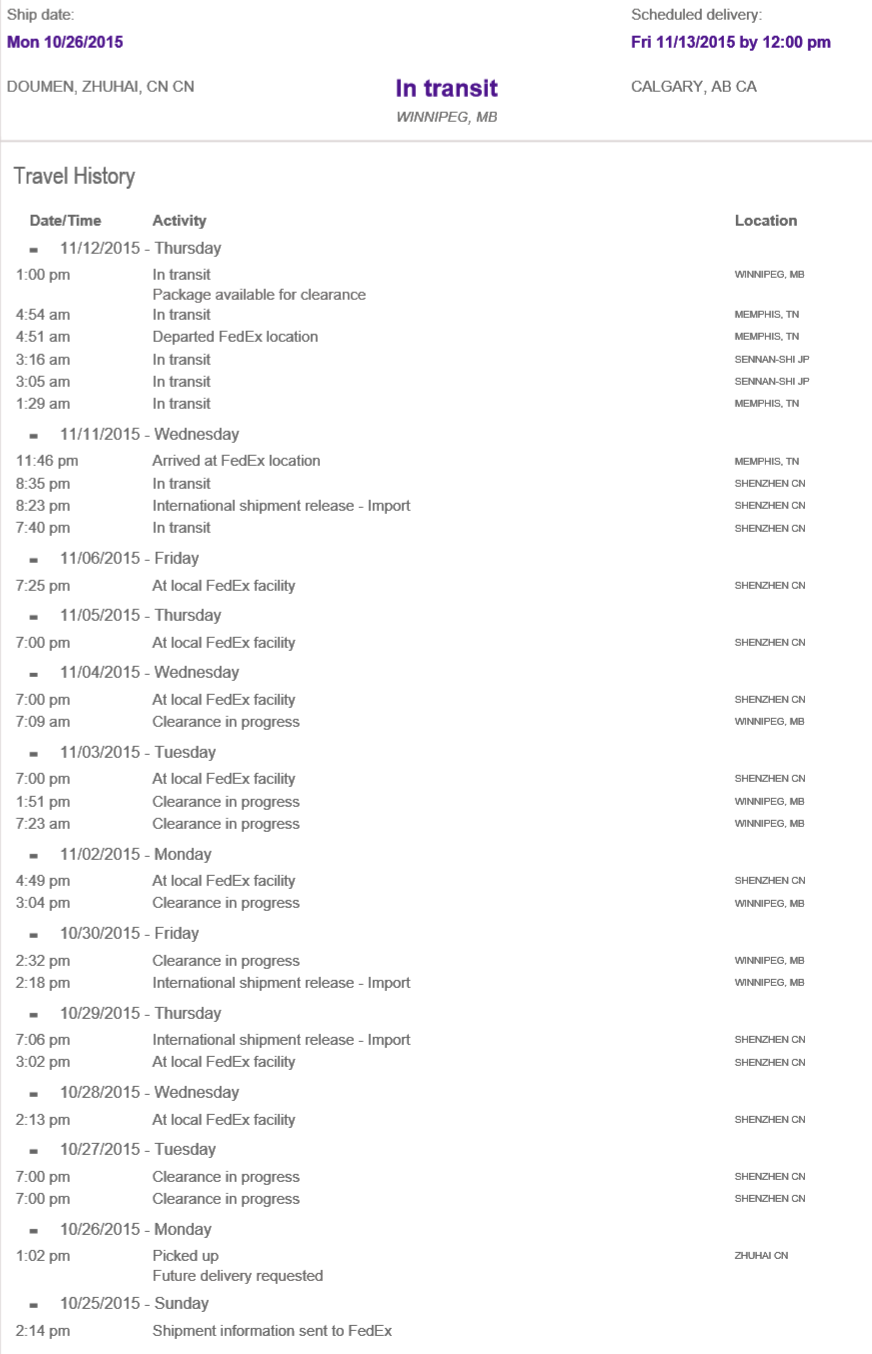 Yesterday though, I received a shipping notification. As you can see from the history above, it's since cleared customs, and is scheduled to be delivered today at noon (about 6 hours from now), despite me having received a full refund and credit.

What are my options when it arrives? Am I allowed to receive it, then notify Microsoft of the error and offer to pay? Ideally, I'd like to brush it under the rug and not pay (I think Microsoft has enough money to forget about a couple hundred bucks), but I realize that that could bite me down the road.

At the advice of @ratchetfreak, I read Microsoft's "Terms of Use and Sale", and couldn’t find anything about orders shipped in error. The only somewhat relevant thing I could find was if there's an error on their website relating to my order, they reserve the right to charge me the correct price (12.) (which I'm fine with).

I live in Calgary, Canada.

Update as of Nov. 14: The shipping history is still exactly as the picture above; "in transit" in Winnipeg. It appears to be a glitch in their systems unfortunately, as I suspect it was stopped at customs; again.

Update 5 years later: I never got it, as this parcel was stuck at customs for seemingly forever before being sent back.

Receive it and keep it. If MS wants to be paid they can either charge your card or send you an invoice.

They will look really stupid if they sue you over this and need to explain to the judge why they didn't take one of the two options before taking legal action.

Microsoft doesn't want the package back.

What you should do is call them and offer to return the package. They will most likely tell you not to bother, and instead keep it, for free. I've had this happen a few times for stuff in the past, and it always ends up the same way: keep it, no charge.

I won't guarantee that's what will happen to you, but you don't really have anything to lose. Best case scenario: FREE! Worst case: you keep it, and they charge you, but that was your plan all along. Use your $20 credit in that case.

If you keep it, can they legally charge your credit card without your permission? Legally, the answer is "this is a tricky question". Since Microsoft is not going to do things that are legally tricky for a small amount of money, they are not going to do that.

Can they demand the package back, even if you are willing to pay? Let's say Microsoft has signed a contract either not to deliver to Canada before November, or to pay a $1,000,000 fine. So they really want this package back. Tricky. I think they would have the legally the right to get the package back, but the fine is not your problem, and convincing a judge to take the case would be difficult, since you would be causing zero damage.

Not the answer you're looking for? Browse other questions tagged canada online shipping or ask your own question.

3
After purchasing an item, then being issued a refund the item then arrived

2
What is the charge if you erase digital information that was subpoenaed?
1
Can a medical invoice that was disputed collect interest and be due years later?
1
What to do if seller sends more than ordered?