Meaning of “Strike from the Record” in legal code? Is there *any* memory/record once “stricken”? By who/what handled/processed? Proof of striking?

"Strike the record" ("strike from the record", "strike that from the record") is a frequently spoken phrase in legal procedural docudramas. Are there violent connotations historically to the word "strike" as used (very often the term is screamed [at extreme decibels], by my memory), legal repercussions from being strickened? Speaking terminology, are we talking about specifically the delete key or are we burning fires of physical storage, do such operations require write-over how many times, are there standards for the definition of stages of being stricken, otherwise are there rules for storage (how much leaks/security?), is it a vault filing cabinet with what security, is somebody watching somebody securing the evidence struck, are there universal standards for the polices behind the law, is the strickening process recorded, is there a process?

Searching https://www.google.com/search?q=%22strike+from+the+record%22 / https://en.wikipedia.org/wiki/Strike_from_the_record / https://www.google.com/search?q=%22strike+the+record%22 / https://en.wikipedia.org/w/index.php?title=Special:Search&search=%22strike+the+record%22 / https://www.google.com/search?q=legal+definition+%22stirke+the+record%22 ...there are limited references to the legal/technical process that the specific verbal statement has the power to enact. There, the search results are repetitive definitions, and not much of an explanation (maybe specific step-by-step process would help, so for my frame of reference I can try to relate to if a computer strikes information similarly, as an issue of data integrity is it at all an appropriate analogous process to help explain? I'm thinking if that's like a question being moderated/censored/deleted/hidden where there are varying levels of access after, for example, with the process being cursorily defined by standards of law and mostly driven by customs. Am I correct to expect the same data integrity standards and principles are applied to cloud and court data equally? Is the court obligated to process/serve/protect/encrypt the striking before/during/after in specific written and agreed upon ways in every court room?) of the process.

If you also know, does that mean there is any record? Clearly people might remember, but does the law have any power to remember such stricken information? Is the paper burned, or electronically written over? Specifically the delete key or are we burning physical storage? To what extent, for in or out of court, is there penalty for remembering stricken information? 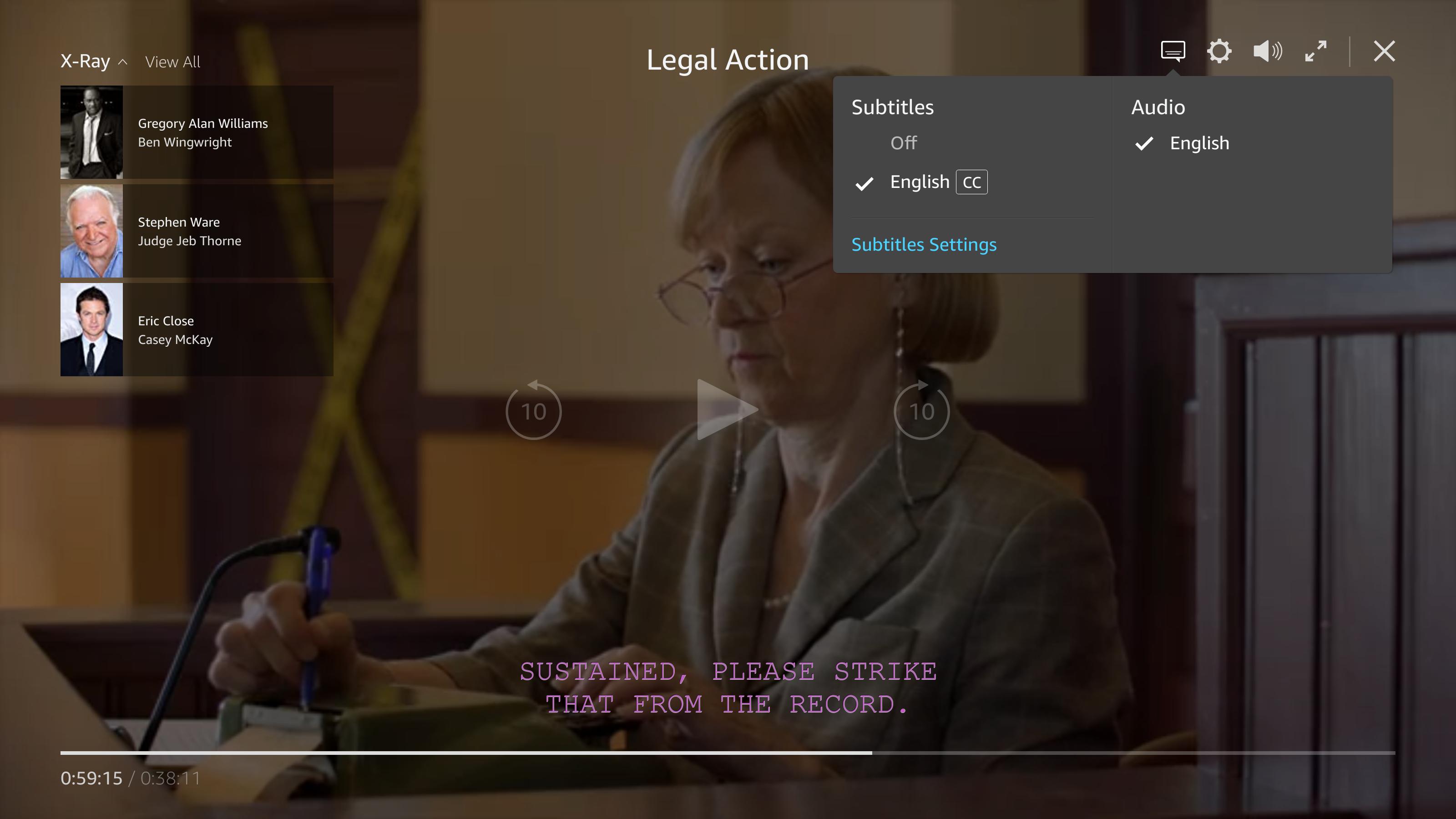 Legal docudrama example as mentioned, shows a physical pen being theoretically used to demarcate. Once the order is made, is that the whole/entire official process?

My understanding is that "the record" only refers to the official record of the proceeding, e.g. the transcripts that would be kept on file and used as the basis for formal decisions. Such records are usually prepared after the fact by a court reporter based on their shorthand notes or audio recordings, so this indicates that the reporter should simply leave out the statement in question when creating those records, perhaps replacing it with a marking saying "(stricken)" or something of the sort.

"Stricken from the record" doesn't indicate that the statement is to be kept secret or scrubbed from all history in some Orwellian fashion, merely that it should not be considered in any legal decision-making process (e.g. a judge's ruling). The decision should be made as if the statement had never been uttered.

Anyone else in the courtroom -- lawyers, journalists, members of the public -- is free to remember it, write it down, publish it, shout it from the rooftops, or etch it into stone tablets, if they wish. No penalties exist for doing so. I also don't think there is any requirement to delete it from the court reporter's preliminary notes or audio recordings; again, only from the final official transcript.

(There could be other situations where it is forbidden to record or divulge what was said: secret grand jury proceedings, material under seal, gag orders, etc. But those would all require some sort of regulation or order outside the usual meaning of the phrase "strike from the record".)

The "record" in the sense used in the phrase "strike from the record" is the sum total of testimony, exhibits and court documents that are properly considered in support of legal arguments on the merits by an appellate court.

The actual record on appeal consists of "the record" in sensu stricto and also court filings that are not properly considered by the appellate court on the merits, and the full transcript of the trial court hearings (including both evidentiary hearings and argument that is not evidence containing, for example, offers of proof made to the judge regarding what evidence that is excluded from a jury's consideration would have contained), and may include exhibits that were offered but not admitted into evidence.

But the jury (or the judge, in a bench trial) is only supposed to consider the "record" (in the narrow sense) in resolving a case following a trial on the merits.

There are not "violent" connotations to the word "strike" in this context. It simply means "don't consider this when you make your decision on the merits."

For example, suppose you are arguing on appeal that there was no evidence in the record to suggest that the gun used in a crime belonged to someone other than the defendant, and therefore the trial court did not err in not instructing the jury that if the gun belonged to someone other than the defendant than he would not be guilty of illegal ownership of a firearm.

Then, suppose that the defendant lawyer asked a leading question of his client, "isn't it true that this gun was owned by your brother?", and the client answers "yes" at the same time that the prosecutor says "I object, leading" (because a lawyer isn't allowed to ask his own client a leading question), and then the court sustains the objection, says "jury, I'm striking that question and answer from the record and you should disregard it when you decide this case", and then lets the jury go on lunch break, and the distracted defense lawyer forgets to ask the question again in a form that is not a leading question.

On appeal, the leading question and answer to it, that were stricken due to a valid evidentiary objection by the prosecution, could not be considered when the defendant tries to get the verdict overturned because the jury wasn't allowed to consider that he might not have owned the gun, even though the appellate court has before it the full transcript showing the improper question and the answer to it that was provided.

Likewise, the stricken question and answer to it could not be considered by the appellate court when the defendant argues on appeal that the evidence created a reasonable doubt that the defendant did not own the gun.

The defense lawyer might get sued by his client for malpractice in a fact pattern like that (I've handled a similar case for a convicted defendant whose lawyer made many mistakes of that character), but the defendant would still have a felony conviction and would still have to serve the sentence for the crime. (Sometimes, a lawyer's gross incompetence can be used to set aside a conviction after direct appeals are completed in a collateral attack on the conviction such as a habeas corpus petition, on the ground of a violation of a constitutional right to effective assistance of counsel, but frequently, for all but the most serious offenses, the criminal sentence will be fully served by the time that this collateral attack is resolved in the courts, and there is no right to counsel at state expense for a collateral attack on a conviction as there is for a direct appeal, so many defendants can't afford to fight that fight, which would only result in a new trial and not exoneration, anyway.)

On the other hand, if the prosecutor's objection has been "hearsay" or "relevance", sustaining the evidence objection would have been improper, and the appellate court would consider whether the improper evidence ruling by the trial court could have changed the outcome of the case, and if it did, the appellate court would vacate the conviction of the defendant and order a new trial as a result.

The scenario described above is particular to common law legal systems based upon the English legal system, because these legal systems have the common feature that evidence may be presented only once, in a one and only presentation of evidence in the trial court, and that factual determinations supported by any evidence presented at the trial cannot be second guessed on appeal. This rule was devised because a jury can be convened only once for a single continuous trial and this rule preserves its right to have a final say on factual determinations in a trial.

In the civil law systems that are predominant in Continental Europe, in the non-communist legal systems of countries that weren't former British colonies in Asia, and in Latin America, the "record" on appeal does not contain a verbatim transcript of the proceedings in the court of first instance. The only records of the first instance hearing are the court's order and, possibly, the judge's notes. If there is a dispute about the accuracy of a trial court evidentiary finding in an appeal from a court of first instance, that dispute is resolved via a trial de novo by the court handling the direct appeal on the disputed factual points.

This rule also does not apply in Communist or Islamic or tribal judicial systems, none of which historically had verbatim transcripts maintained when these systems and their rules were established.

Not the answer you're looking for? Browse other questions tagged trial court-records rules-of-evidence public-records or ask your own question.

5
Can Law Enforcement in the US use evidence acquired through an illegal act by someone else?