What happens if two EEZs overlap?

I have a simple question, actually two, that I've searched for a good answer about. I'm looking at the disputes in the South China Sea.

First, what happens if two Exclusive Economic Zones (EEZ) overlap? How do you determine rights if, for example, the 220 mile EEZ of Vietnam overlaps the EEZ of China?

Second, can a sovereign be wholly territory inside another country's EEZ? Since an island generate its own EEZ, you would have question #1 above where the EEZs overlapped if your island was inside the EEZ of another country. For example, if the People's Republic of China assert its authority over an island in the Philippines's EEZ, what respective rights do the parties have for resource extraction, fishing, etc?

As pointed out in a comment, exclusive zones cannot overlap by definition, given the meaning of "exclusive."

Your question is answered in the Wikipedia article you link to:

Generally, a state's exclusive economic zone is an area beyond and adjacent to the territorial sea, extending seaward to a distance of no more than 200 nmi (370 km) out from its coastal baseline. The exception to this rule occurs when exclusive economic zones would overlap; that is, state coastal baselines are less than 400 nmi (740 km) apart. When an overlap occurs, it is up to the states to delineate the actual maritime boundary. Generally, any point within an overlapping area defaults to the nearest state.

Distance from land and bilateral contracts.

In the North Sea the jurisdictions of Noway, Denmark, Germany, the Netherlands, Belgium, England, Scotland create almost a full circle around, leaving only a gap in the Iceland-bound area. There's a spec of Denmark that way, but that's typically not seen as in the North Sea. Where not otherwise possible, the EEZ maps for the area use the 12 Miles zones around any islands, but everywhere else extending to pretty much the mid of the North Sea. It is the general agreement that, where any zones would overlap, the exact middle is taken as the edge between them - or things are taken to court or politics. 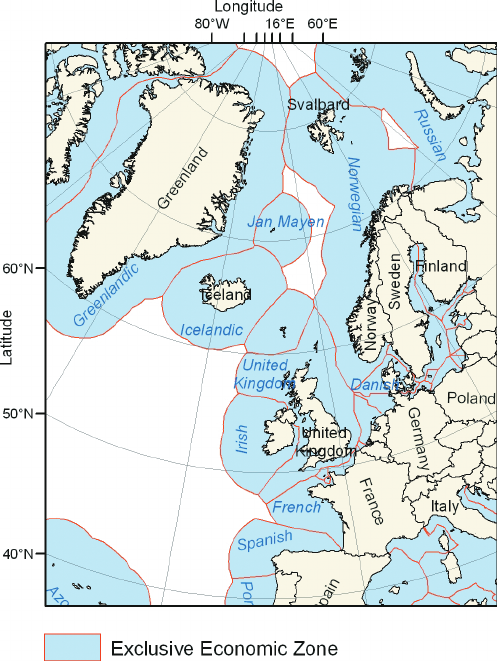 Germany and the Netherlands did take the political route from 2012 to 2014, when they tried figuring out the Dollart Bay border between the two: 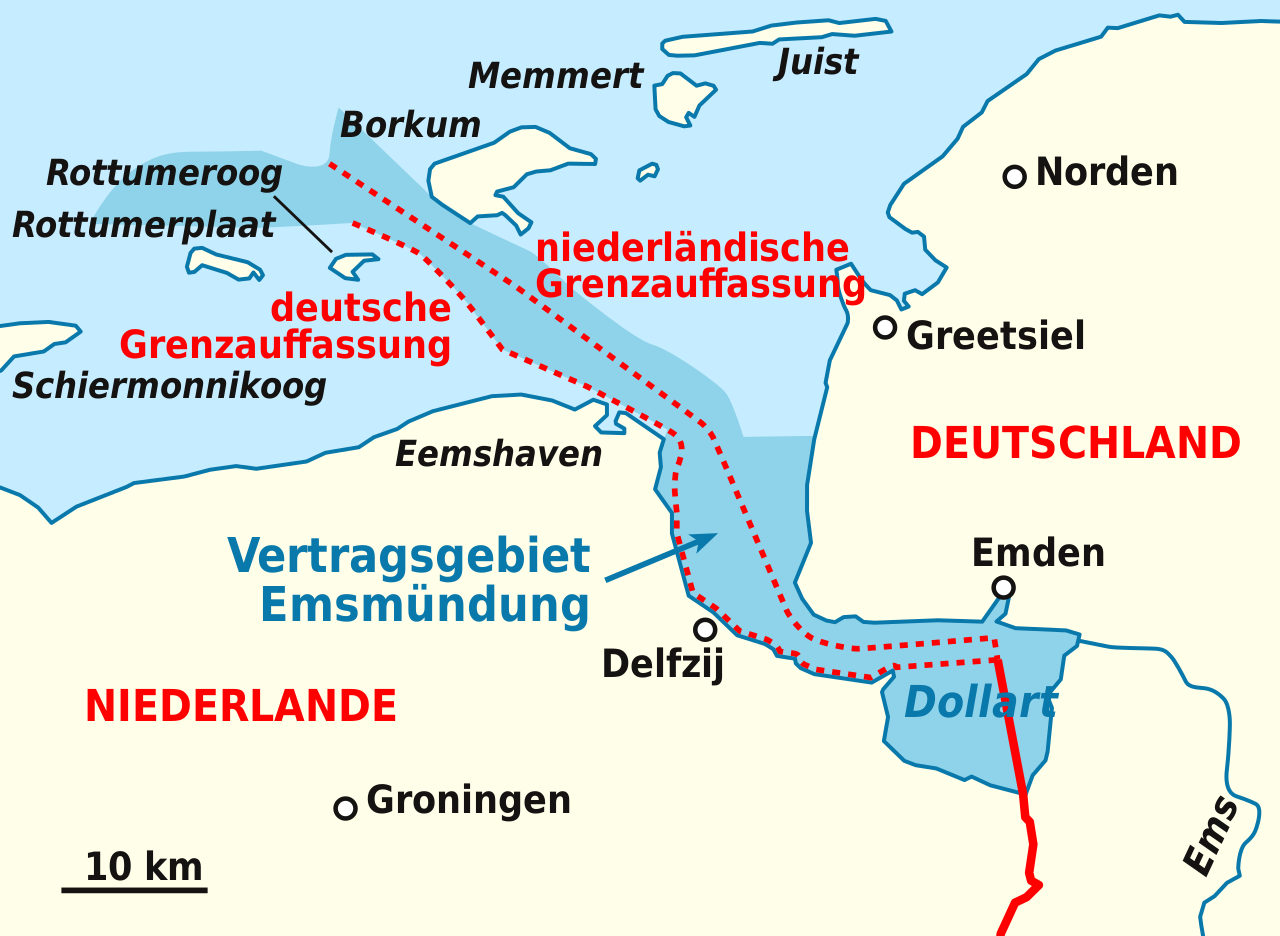 They established a special zone, in which the rules for construction and such are to be done separately from the actual borders based on some kind of demarcation line. But they only solved who is to be responsible for managing that stuff, not who is the actual owner of either side.

On the court route, in 1999, the Hague Permanent Court of Arbitrations decided that islands between Yemen and Eritrea are not to be taken into account for the EEZ and the exact middle between the mainland is to be taken. 2009 saw the UN ICJ rule that islands do not extend EEZ in the case over Snake Island and any island only projects the minimum 12-mile zone.

However, as we know from Greece, Cyprus, and Turkey: what constitutes an island and what mainland is very much up to discussion, especially in the case of Cyprus which might or might not be an island.

They sort it out with this 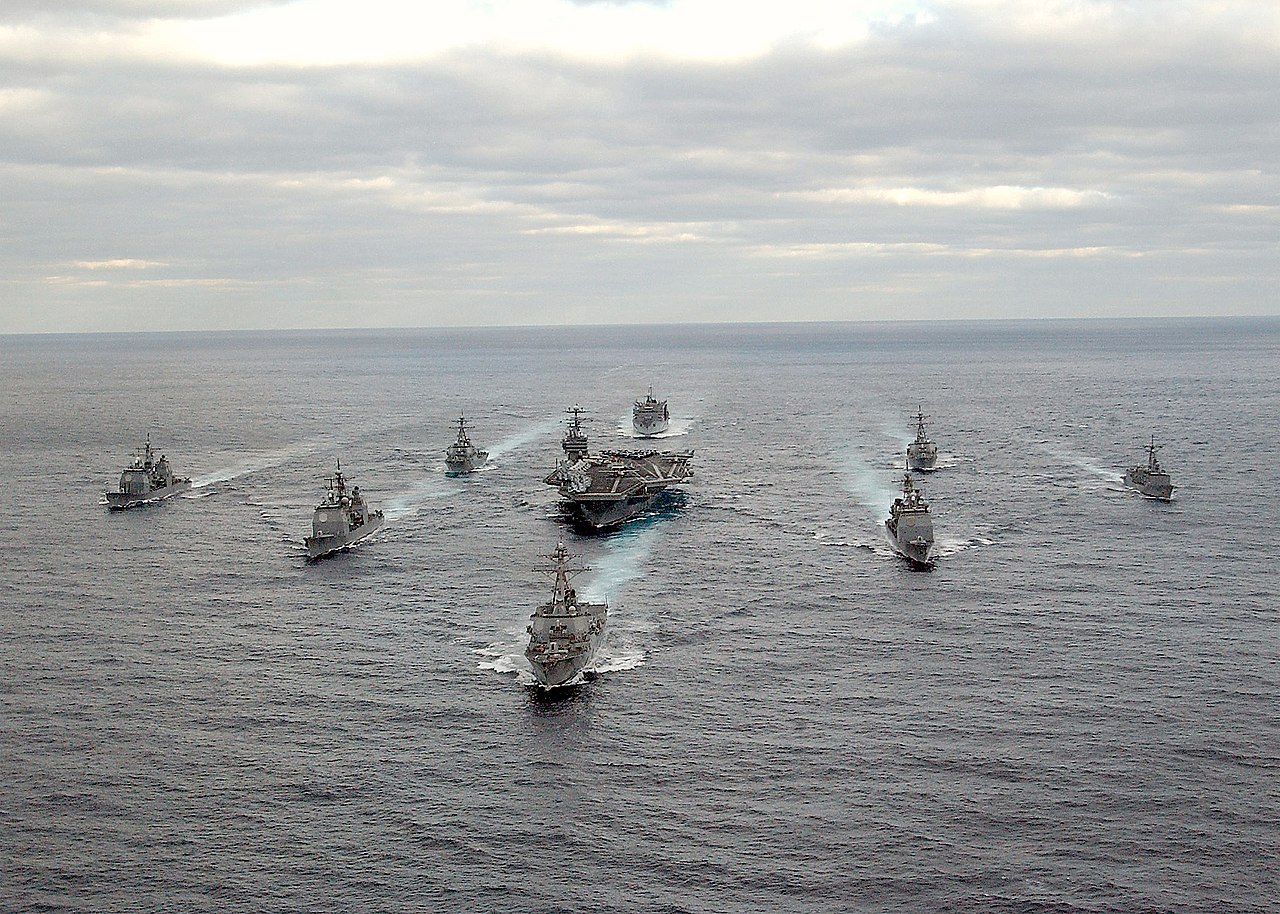 If sovereign nations don’t agree about sovereignty and won’t submit to independent dispute resolution, they use force to determine the issue.

Not the answer you're looking for? Browse other questions tagged international law-of-the-sea sovereignty or ask your own question.