Is forced cunnlingus or analingus, "legally" considered rape or is it sexual assault?

Any case would involve the

Obviously either two of these scenarios would be a crime one way or another.

So most rape laws (I think in US states and UK especially), require penetrative acts to be unwillingly forced on the victim. So either of these cases would not be classified as "rape" if that were the case. Are there any jurisdictions where this is not the case?

Is the severity of the offense (1) or (2) equivalent to that of forcible penetrative acts or is it a lesser offense?

Although I have no specific jurisdiction in mind, what is the case in most jurisdictions?

In the United States, each state is free to define their own version of what is rape and what is sexual assault. Many States view rape and sexual assault to be of "equal severity", but they are punishable under different laws. 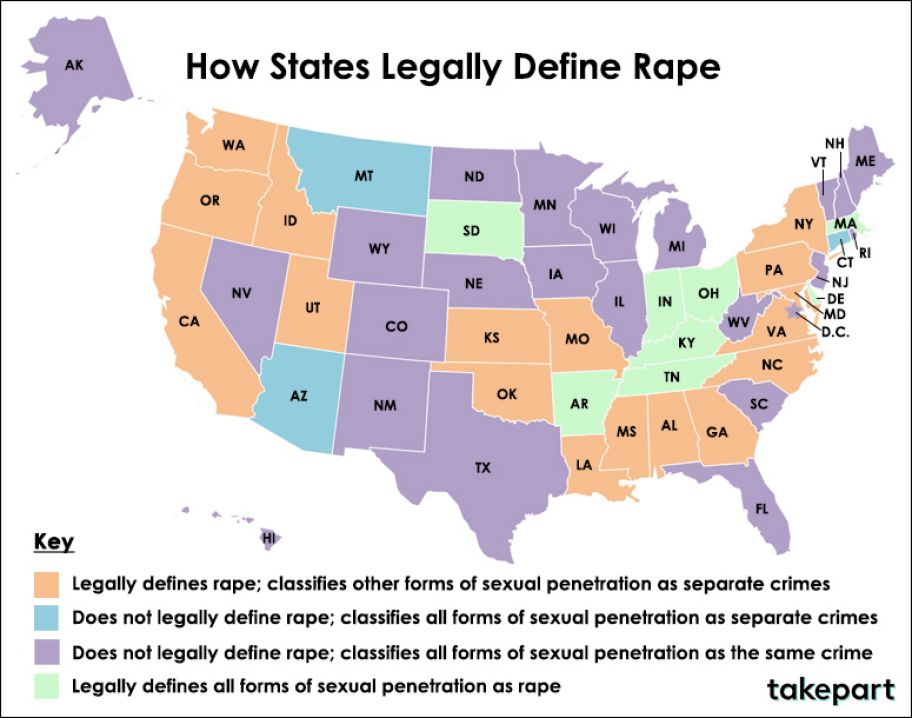 As you can see, the definition of rape and sexual assault is either combined or broken out into separate laws. In most States though, the punishment for either rape or sexual assault is considered the "same severity".

Under Federal crimes, rape is not defined but is grouped under 18 US Code 2241-2248. Punishment for these crimes range from a fine through life imprisonment.

So for the United States, your (1) and (2) either may be classified as "rape" or "sexual assault" but the severity of the offense and the punishment is usually equal under the eyes of the law.

You can look up the laws in other States, but many follow the same pattern, either they lump sexual assault and rape under the same law, or they break them apart into distinct "rape" and "sexual assault", but use the same sentencing guidelines.

Rape has been abolished

The common law offences of rape and attempted rape are abolished.

The Sexual Offences Act 2003 applies. Rape requires penetration by "his penis" which while it raises interesting questions about transsexual people, isn't relevant here. What is described is not rape.

Section 2 describes penetration by anything else. While it's "assault by penetration", it carries the same sentence of life imprisonment. If the tongue was used to penetrate, this section applies.

Section 3 relates to any other non-consensual sexual touching. This carries a maximum sentence of ten years' imprisonment.

So situation (1) of the question could indeed be treated as the same severity as rape, depending on what was actually done.

Section 4 relates to forced sexual touching as in situation (2). Since the victim is not penetrated, the perpetrator is liable to ten years' imprisonment. If the victim is penetrated, it's treated with the same severity as a crime under Section 2.

Scotland's offences under the Sexual Offences (Scotland) Act 2009 are essentially the same, but they specifically enact for transsexual persons and the maximum penalty for offences under Sections 1 to 4 is life imprisonment. While what is described in the question is not rape in Scotland, Scotland does treat the question's two scenarios as potentially being as severe as rape.

Not the answer you're looking for? Browse other questions tagged sexual-assault rape or ask your own question.

7
Is "dry-humping" considered rape?
5
Is forceless groping illegal in Germany?
2
Statutory rape statute of limitations
1
Is this (hypothetical situation) rape and/or rape by deception?
1
Rape/Sexual assault: Any tort laws apply? (US)
4
Is it rape if it is a woman on a girl?
3
What is the legal term for coerced indecent acts (not including rape)?
2
Does rape really need to include a penis in England and Wales?
2
Will it be called rape in US?