I was recently browsing through social media when I came across this image. (See below) 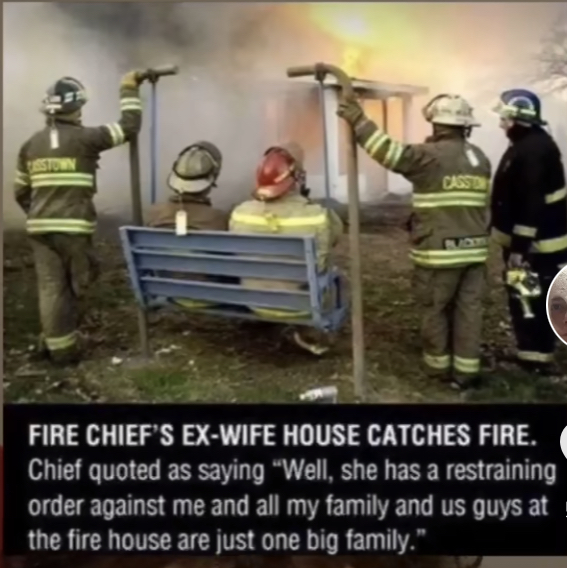 As unlikely as it seems that this image is real, it did get me thinking, are Restraining Order or Injunction Rules dropped in a Medical Emergency or otherwise. Some sources that I found useful while researching were:

In the third of your sources (Harassment act, section 5), near the end, it says:

If the defendant breaches an order under section 5 or 5A of the PHA 1997 without reasonable excuse, she/he will be guilty of a criminal offence (section 5(5) PHA 1997). The penalty that may be imposed upon breach of the new section 5A restraining order is identical to that which can be imposed under section 5. (Emphasis added)

In Item 2 of the first source (darlingtons.com) it says:

If a person disobeys the terms of an Order of Court which carries a penal notice, he will have breached the Injunction. As to whether such a breach constitutes contempt, will be considered on a case-by case approach according to the particular facts of the given case. The seriousness of the breach, and the question as to whether such action undermined or ‘laughed in the face of the Court Order’ so as to be contemptuous, will be determined by the Court.

In item three of this same source it says:

If the Court considers that the breach was intended to impede or prejudice the administration of justice, the Court has power to commit a person to prison, and/or impose a fine.

In short it appears that the court is expected to use judgement on a case-by-case basis. Violation of a restraining order because the person subject to the order had to provide emergency medical or fire or rescue services, or otherwise provide needed assistance in an emergency, with no improper motive, would, I should think, not lead to any penalty for contempt.

US practice also expects a court to exercise judgement when sentencing for contempt.

Not the answer you're looking for? Browse other questions tagged united-kingdom injunctions restraining-orders or ask your own question.