Is it legal to use a VPN to reduce subscription fees?

I have seen VPN companies and their sponsees openly advertise the fact that VPNs can be used to change the apparent country you are connected from, and pay lower rates for subscriptions and services, e.g., on video streaming websites.

I am aware of Is it legal to watch or steam region-restricted shows or movies?, but this is a different questions since I am asking about using the VPN to save money.

Such VPN use is probably in violation of the terms of use of such services, but is it also illegal? I think it could be illegal since it sounds like theft of services, because they are not paying the right amount.

Also, it sounds similar to malicious hacking. What is the difference between a hacker who finds a way to manipulate a website to pay less money by making it seem as if they are in a different country, and someone who uses a VPN to do the same thing?

On the other hand, it seems weird that VPN companies advertise this openly and do not seem to have faced any action from Netflix, YouTube or other impacted services.

In this YouTube ad (starts at 2:26 in the video), a NordVPN sponsee informs a Western audience that they can get cheaper subscription prices by setting their VPN location to certain countries. Screenshot below. 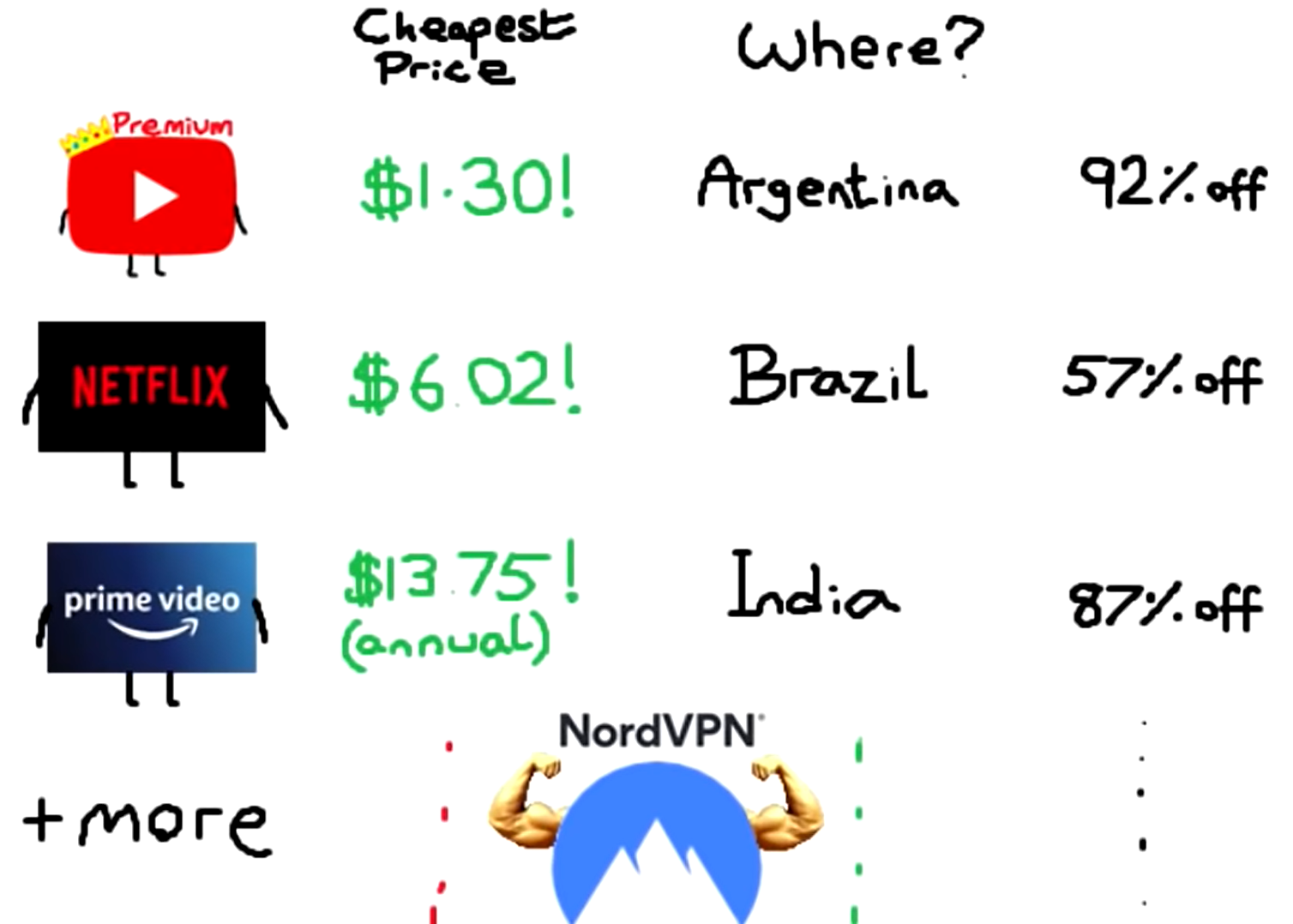 I know the OP is asking about America, but its also worth knowing about other countries.

This is legal if both subscriber and subscription are within the EU. There was also a court case about this. In another case in 2014 the pub lost, but that seems to have been because the decoder was only licensed for domestic use.

These cases were for satellite decoders rather than Internet streaming, but the legal issues would be the same.

Both these cases involved British pubs, so obviously this law doesn't apply to them since Brexit.

Not the answer you're looking for? Browse other questions tagged united-states internet payment or ask your own question.

-2
Is it legal to watch or steam region-restricted shows or movies?

2
FOIA for legal fees?
2
UAE now banning Virtual Private Network (VPN) access. Are business travelers exempt?
1
Accrued interest in the award of legal fees
4
Why aren't foreign VPN companies forced to keep logs?
9
Can a university require me to use hardware authentication to pay bills?
0
Netflix through a VPN and original account location
1
Is a monthly Patreon donation\subscription, a contractual obligation to pay someone?
0
US magazine demanding a call to cancel subscription
2
Must there be a limit on late fees?
2
Would a VPN user still be under GDPR protection?