How are US grand juries instructed not to 'indict ham sandwiches' if there is no judge or opposing counsel?

In the May 26, 2021 video How a NY special grand jury could impact Donald Trump CNN’s senior legal analyst and former federal prosecutor Elie Honig mentions the following in a background piece outlining the basics of a US Special Grand Jury. After about 01:17 they say:

It is a one-sided presentation; it’s only the prosecutor, the grand jurors, and a court reporter. There’s no judge, there’s no defense lawyer. So it is extremely one-sided; you hear this expression ‘the grand jury would indict a ham sandwich’ there’s some truth to that; it’s not an adversarial process like you’d have at trial.

and the origin of the 'ham sandwich' reference is mentioned in Wikipedia's Grand Juries in the United States; Rubber Stamp for the Prosecution:

[...]Grand jurors also often lack the ability and knowledge to judge sophisticated cases and complicated federal laws. This puts them at the mercy of very well trained and experienced federal prosecutors. Grand jurors often hear only the prosecutor's side of the case and are usually persuaded by them. Grand juries almost always indict people on the prosecutor's recommendation. An unnamed Rochester defense lawyer was quoted in a 1979 newspaper article claiming that a prosecutor could get a grand jury to "indict a ham sandwich", a saying subsequently repeated by the chief judge of New York State's highest court, Sol Wachtler. And William J. Campbell, a former federal district judge in Chicago, noted: "[T]oday, the grand jury is the total captive of the prosecutor who, if he is candid, will concede that he can indict anybody, at any time, for almost anything, before any grand jury." (references therein)

Question: With only prosecutor(s) and a court reporter, are jurors at all instructed to not simply "rubber stamp" the prosecution's desire to indict? Are the terms and concepts necessary for them to function as a jury (e.g. "preponderance of evidence") explained to them? If so, by who? Is there a standard "script" or talking points for such instruction? 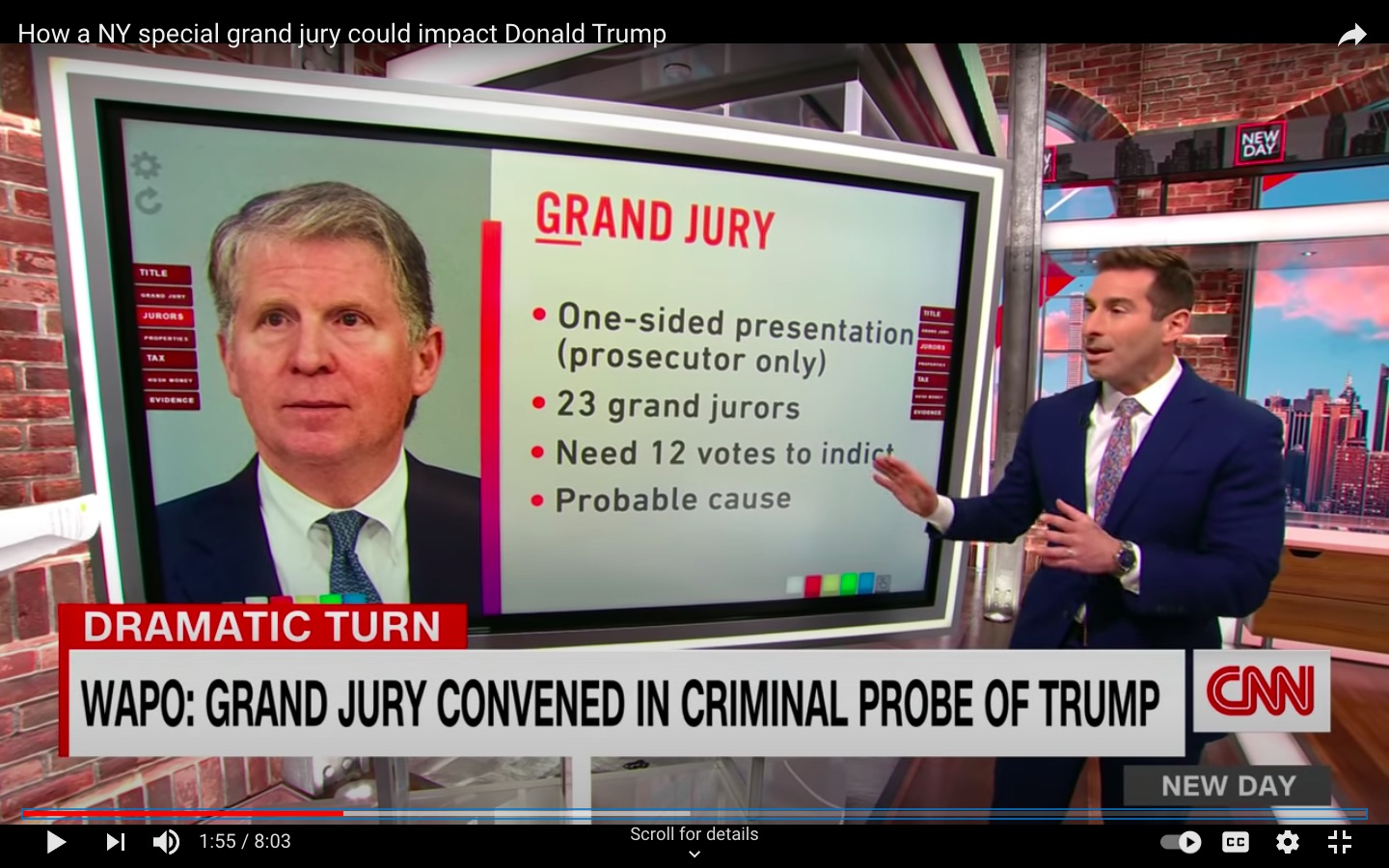 With only prosecutor(s) and a court reporter, are jurors at all instructed to not simply "rubber stamp" the prosecution's desire to indict?

Not really. They are told their job and the legal standards that they are required to act according to, however, and the federal judicial branch does have a short handbook for grand jurors.

Are the terms and concepts necessary for them to function as a jury (e.g. "preponderance of evidence") explained to them?

The prosecutor and the handbook linked above.

Is there a standard "script" or talking points for such instruction?

Prosecuting attorney's offices in jurisdictions that usually use grand juries typically have a set of forms.

In federal practice, Federal Rule of Criminal Procedure 6 is the primary source of guidance, and the Justice Department (which handles all or virtually all federal criminal prosecutions) has detailed policies and procedures for handling grand jury practice (and a 405 page practice manual) that his a matter of public record. There is some case law on what the content of an indictment must look like and on the grand jury process.

The rather lax supervision of grand juries reflects the fact that they are a road bump in the criminal justice process with a pretty low threshold to meet that faces sterner tests later in the process:

Is there probable cause to support the charges requested by the prosecutor against the named defendants?

About half of U.S. states allow prosecutors to do this without a grand jury approval, unilaterally.

Every grand jury indictment must either be consented to by the defense, or approved by the court following a trial with a much higher proof beyond a reasonable doubt standard, to result in a conviction resulting in the imposition of punishment.

A judge in a separate hearing determines if there will be pre-trial detention or bail conditions prior to the criminal trial.

Not the answer you're looking for? Browse other questions tagged united-states jury grand-jury jury-instruction or ask your own question.

2
How to do voir dire if you had taken a Driving Safety Course?
4
Do 'questions come from the jury after they have retired to consider their verdict, when they can't be answered'?
1
Are priests held to the same standards as attorneys?
3
Can grand juries indict people without the prosecutor asking?
2
If a lawyer is a juror and he accurately explains a legal concept to fellow jurrors is he violating his ethical responsibilities?
4
AG's and indictments
5
When and why are jury trials preferred to bench trials of criminal charges?
3
Does failure to present a charge to a grand jury leave that charge open for future indictment?
7
Are jurors instructed to not be influenced by the emotions of the witnesses?