Is there any law that states how far you can dig underground in the United States?

There is no law on how deep you can dig expressed in those terms.

There are rather rigorously enforced regulations of worker safety in mining activities enforced by the Mining Health and Safety Administration (MHSA) which is the mining industry counterpart of OSHA (the Occupational Safety and Health Administration) but with far more resources and a far more aggressive institutional culture.

When mining on land for which the mineral rights are owned by the U.S. government (which probably accounts for a majority of land in the American West), mineral leases may limit the purposes for which mining is authorized, which in turn limits the depth to which it mining is authorized and sensible. Similarly, a mine may not impair legally established ground water rights which could exist when someone else owns an underground aquifer.

There are two main legal rules in the U.S. regarding the relationship between surface rights holders and mineral rights owners. In some states, like Wyoming, the land must be restored after mining is over, but there is no duty for the mineral owner to protect or support the surface estate and strip mining is permitted. In other states, like Colorado, the mineral owner must minimize the intrusion on, and structurally support the surface estate (basically by mining in well supported underground tunnels), which requires more expensive mining methods that aren't viable for low value per mass mineral resources like gravel and coal.

For the most part, the practical limits flow from mining technology and from a lack of economic incentives to do so. As you get deeper, the temperatures go up and the pressure on the rock you are mining into gets stronger, which makes it harder to mine.

Also, beyond a certain depth, your mining equipment must be custom made from expensive materials, since commercial off the shelf mining equipment isn't designed for those conditions. This becomes economically prohibitive if there is no proven deposit of extractible minerals to take at the greater depth that can't be obtained more cheaply from a more easily accessible deposit.

Further, the law imposes strict liability for damages caused to others by firms engaged in ultra-hazardous activities, which digging an ultra-deep hole in the ground would be.

The deepest mine in the world that is current operating is the Mponeng Gold Mine in South Africa, with a depth that ranges from 3.16km to 3.84km, while the future mining is expected to further deepen the shaft bottom to 4.22km below the surface.

The deepest manmade hole in the ground in the world prior to 2008 was the Kola Superdeep Borehole in Russia, which reached 12.262km in 1989, which was the deepest artificial point on Earth in the time and was drilled simply for the purpose of penetrating as deeply into the Earth's crust as possible. It was surpassed in length, but not depth, in 2008 by the 12.289km deep Al Shaheen oil well in Qatar, but that well isn't straight down, so it isn't the deepest penetration in the Earth.

As a point of reference, the Earth's crust ranges from 5–70 kilometres in depth and is the outermost layer of the Earth. The thin parts are the oceanic crust, which underlie the ocean basins (5–10 km) and are composed of dense (mafic) iron magnesium silicate igneous rocks, like basalt. The thicker crust is continental crust, which is less dense and composed of (felsic) sodium potassium aluminium silicate rocks, like granite. Below the Earth's crust is its mantle which extends to a depth of 2,890 km. The pressure at the bottom of the mantle is ≈140 GPa. 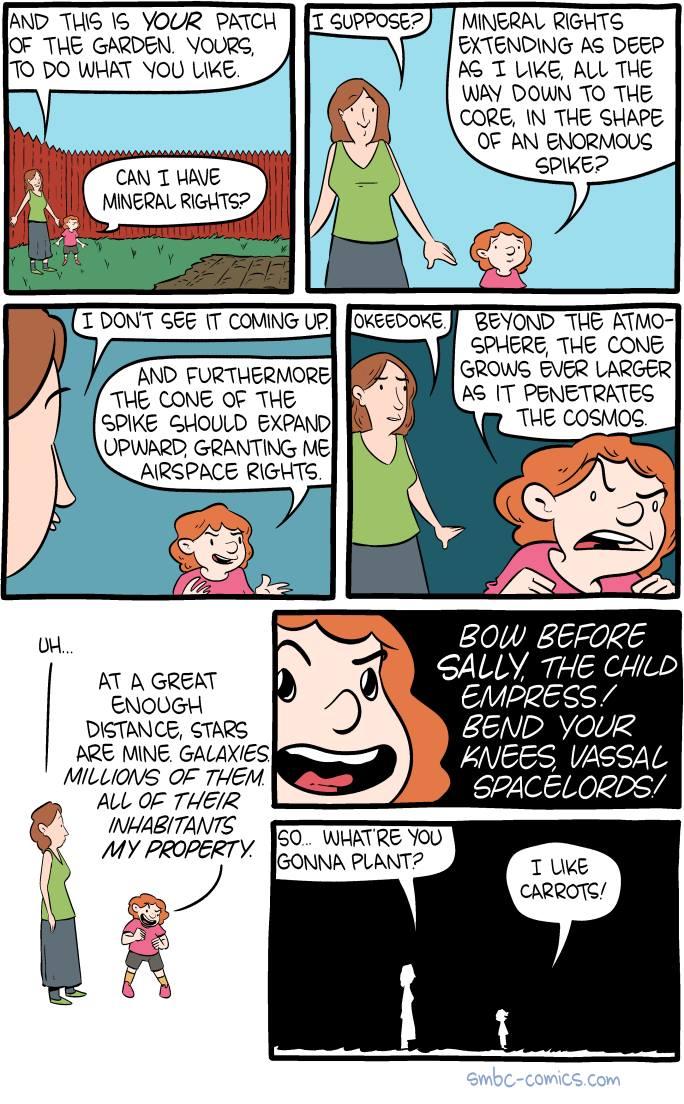 Is there a specific statute? Not as far as I am aware.

Does that mean it's allowed? Yes, with conditions.

There is an old joke about the 3 major legal systems that dominated the second half of the 20th century:

Like all jokes there's a grain of truth inside. One of the reasons that countries with common law systems are, on average, more innovative has to do with the fact that you don't need permission to try new stuff.

So you dig a hole as deep as you like provided that:

I have not heard of any laws limiting the depth to which you can excavate or drill. However, there is the issue of Mineral Rights ownership. In many places, you can buy the surface of the land, to be used in any allowed manner, and normally the right to drill water wells. However, someone else may own the rights to mineral resources, coal, oil, gas, and sometimes even water under the surface. They may legally prohibit you from exploiting such resources. Even worse, they may have the legal right to kick you off your property in order for them to mine or otherwise access mineral resources!

If "dig" includes drilling , there is very likely not any legal limit. Of many reports I have read of deep wells around the world, mostly in US, mostly offshore; I have never seen mention of a legal limit. As a point of reference , the Kola borehole in Russia reached a depth of 12,262 m, about 40,000 ft or 7.6 miles ( the info in "comments" is way wrong). Again in perspective, not many potential oil/gas producing wells have passed 30,000 ft. It costs money to go deep and the likelihood of finding a deposit that can justify all the up-front hole costs are rare. The costs increase geometrically with depth: A 5000 ft well has surface casing and possible a single casing string ( and production tubing) . At 30,000ft at least 5 casing strings plus one or two may be doubled for casing wear during drilling. And a bunch of other stuff makes deep wells very expensive.

Not the answer you're looking for? Browse other questions tagged united-states or ask your own question.