I'm coming over from Stack Overflow because I cannot find any answers to my questions there, so I'm asking here. 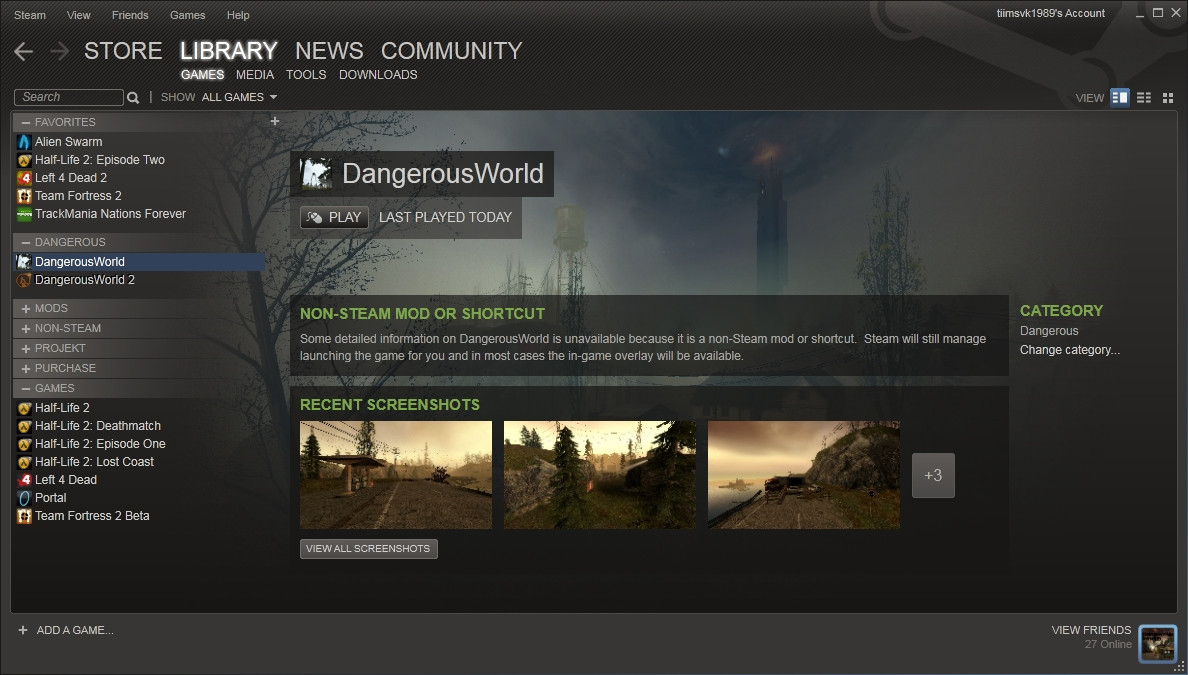 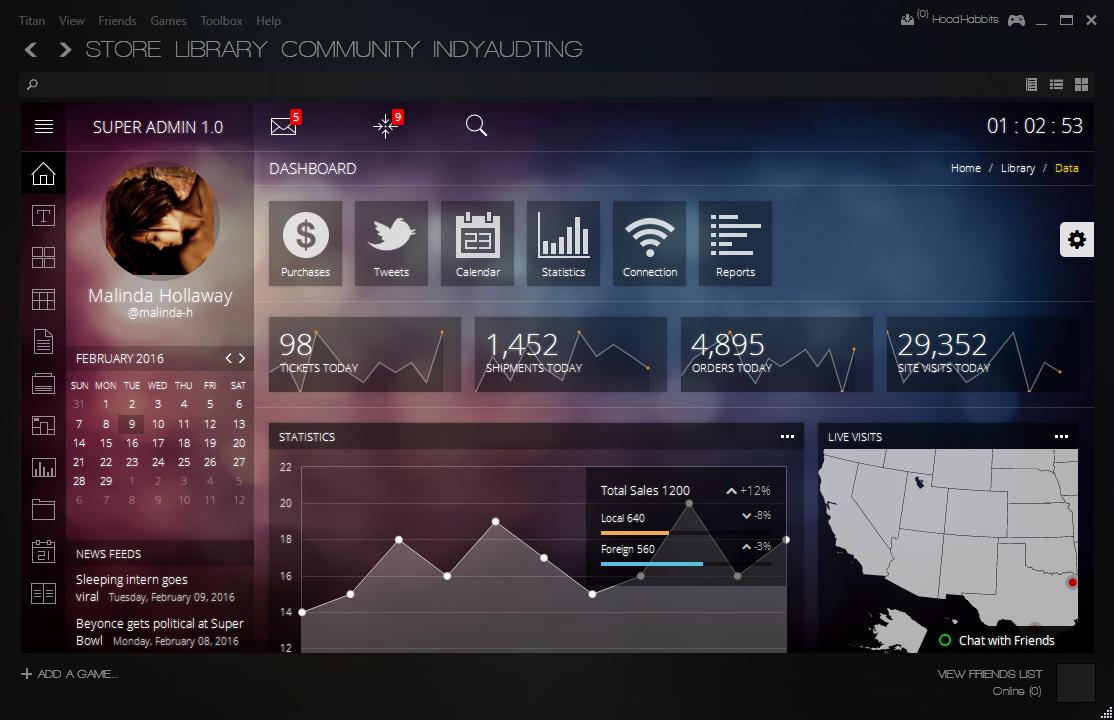 I could not find any patents on their design (Maybe I missed some). I don't know if this would cause any troubles with them considering I made mine completely from scratch using completely different styling and images (even different website inside the client that is mine). No reverse engineering was done either. The only thing I'm afraid about is copying their menus word-for-word. I wanted to do this to give customers a similar feel to what they are used to (I've seen many programs do this; however, Valve is a huge company.

Is what I'm doing illegal if I sell / release a product like this?

I realize it has been eight months, but I believe I can offer an opinion. Given the nature of the question, please keep in mind that I am not a lawyer and my opinion is no substitute for professional legal counsel. [Preparing this post has been an educational experience and my opinion should in no way be interpreted as expert opinion]

Assuming you have not infringed on any patents, the relevant legal challenges Valve could try include breach of contract, copyright infringement, and trade dress infringement.

The potential breach of contract occurs because the Steam client setup application requires you to accept a contract of adhesion (The License) before the software can be installed. I could not find a copy of The License online in plain text (this is separate from the Steam Subscriber Agreement, which you also agree to by accepting The License), but you can read it any time by running the Steam client setup application which is available at [redacted due to low rep - the Steam website].

These so-called "shrink wrap licenses" are of questionable legal value, depending on how the licensee assents to the contract. People often bring up Specht v. Netscape Communications Corp. In that case, the only reference to a license was on the download webpage, and it was only visible if the user scrolled down past the download button - Netscape argued unsuccessfully that clicking the download button indicated assent to the terms of the license. The Steam client setup application has a prominent dialogue box showing the terms of The License and requiring your explicit assent before installation can continue. A more relevant case may be ProCD, Inc. v. Zeidenberg, where the Seventh Circuit ruled that a license agreement was valid where the licensee had to click on a dialogue box assenting acceptance to the agreement. In short, you may be required to defend yourself under the terms of The License. If the licenses are thrown out as unenforceable, the prosecution would probably move towards copyright infringement.

Except as expressly set forth elsewhere in this License Agreement, you may not, in whole or in part: copy, photocopy, reproduce, translate, reverse engineer (with the exception of specific circumstances where such act is permitted by law), derive source code from, modify, disassemble, decompile, or create derivative works based on the Program.

Now you assert that there has been no reverse engineering, that you made yours "completely from scratch using completely different styling and images (even different website inside the client that is mine)". You may be challenged on these claims in court, for example comparison of source codes could rule out reverse engineering. I will touch on derivative work status later.

Note that under Section 5, the provisions of Section 1 Paragraph C do not apply after you have uninstalled the Steam client software. This means in the case that you [can prove you had] uninstalled the Steam client software before making your own client, you would have a defense to breach of contract under Section 1 Paragraph C. However...

Now assuming you can provide defense against reverse engineering, you may need a defense against the charge that your work is a derivative work. Your case may be pretty strong if you can show that your client was indeed written from the ground up - which rules out the possibility of deriving your program code from Steam's code as literary copyrights go. The prosecution could try saying you have copied the audiovisuals of their program, but your program was written "from scratch using completely different styling and images". Eventually prosecution may have to move into trade dress infringement.

In a case of alleged copyright infringement, the first order of business is to prove there is a copyrighted work to begin with. The work in question is the Steam client by Valve Corporation.

Nevertheless Valve does claim copyright over its product. A notice is posted on The License and Steam Agreement, and from the client itself the Help menu contains a command "Legal Info" which opens a webpage containing a copyright notice. Since 1979 it has not been necessary to post a copyright notice, but a notice helps break a defense of innocent infringement. You imply that you copied elements of the Steam client "to give customers a similar feel to what they are used to [the Steam client]". In your specific case innocent infringement may not be a valid defense.

It seems you are most concerned about copyright infringement over the menus. An extremely relevant case is Lotus Development Corp. v. Borland International, Inc. In that case the First Circuit held that the menu heirarchy for Lotus 1-2-3 (the progenitor of virtually all menu heirarchies today) was uncopyrightable as a "method of operation" under U.S.C. 17 Section 102(b).

If specific words are essential to operating something, then they are part of a "method of operation" and, as such, are unprotectable. This is so whether they must be highlighted, typed in, or even spoken, as computer programs no doubt will soon be controlled by spoken words.

The Supreme Court affirmed the decision with an even court (Judge Stevens recusing), so no national precedent was set. Nevertheless the ruling has not been overturned - the First Circuit goes into great detail explaining their decision, and I do recommend reading the ruling.

We have already discussed derivative works and reverse engineering with contracts, and the same defense would apply under copyright law: source code comparison.

Normally things like design and layout are left to patent law. A desperate prosecution, however, may claim that by copying their "look and feel" you infringe on their trade dress.

(A) is likely to cause confusion, or to cause mistake, or to deceive as to the affiliation, connection, or association of such person with another person, or as to the origin, sponsorship, or approval of his or her goods, services, or commercial activities by another person, or

(B) in commercial advertising or promotion, misrepresents the nature, characteristics, qualities, or geographic origin of his or her or another person's goods, services, or commercial activities, shall be liable in a civil action by any person who believes that he or she is or is likely to be damaged by such act.

(3) In a civil action for trade dress infringement under this chapter for trade dress not registered on the principal register, the person who asserts trade dress protection has the burden of proving that the matter sought to be protected is not functional.

Defense against such a claim would be showing that the elements of Steam's "look and feel" were adapted because of functional reasons - see example rationale in the previously mentioned Lotus v. Borland.

Overall, so long as you did write the program from scratch and there are no patent violations, you have in my opinion a strong case. There may be moral questions about unfair competition (why should you be allowed to capitalize off Valve's work put into the Steam client?), to which I would point out that your product does not appear to be in direct competition with the Steam client. Without direct competition or confidence in evidence of IP infringement it is quite unlikely Valve will file suit against you.

If you would rather avoid even the possibility of legal action, you could always contact Valve directly and ask for a license.

The problem is "copying". Copying would be illegal. Having menus that out of coincidence have the same titles isn't copying. If a claim was made that you were copying, having menu titles "Store", "Library", "News" seems something that any application where you can buy things, have things you purchased listed somewhere, and where the user is informed about things, could have. So if you were sued, the question would be whether you can prove that you didn't copy (which is hard since you saw the original), and whether the other side can convince the judge that the similarities are so large that it cannot be coincidence.

Your real problem is that people get sued if they step on someone's toes, and that someone has enough money and is sufficiently annoyed to sue. Being sued costs money. Whether you are right or wrong, and whether you win or lose (which is not always the same thing).

Not the answer you're looking for? Browse other questions tagged copyright patents or ask your own question.

6
Copying HTML: copyright violation?
0
Using Microsoft icons for demonstration purposes
3
Attribution in Stack Overflow
4
Intellectual Property - Philosophy
2
When I am inspired by code on Stack Overflow, and make workable code on basis of that code, is that also pastiche?
3
How far does copyright go in creature design?
0
Is it legal to copy the design of a website only to demonstrate coding ability to clients, nothing more?
1
What is the Copyright situation with Foreign games like Mahjong?