Is signing a document that I have not seen legally binding?

In medical establishments such as doctors' offices or blood draw facilities I have been presented with a digital signature pad and told to sign one or more times. Usually the person handing it to me will give an extremely vague notional explanation of what it is that I am signing. I do not get to see the document nor am I given a copy. For all I know, I could be signing up for Colombia House. While I always go along with this, a voice in my head keeps telling me that there's something wrong with this setup.

Are these signatures really legally binding? If I was shown one of these documents under oath, I could honestly say I had no knowledge of what the content was. Can I have 'had the intention' to sign a document without ever seeing it? I only signed a blank screen with limited or no other context. Should I be refusing to sign? Even if they show me something, how do I know that's what my signature is being applied to?

For reference here's a picture of the kind of device I am talking about: 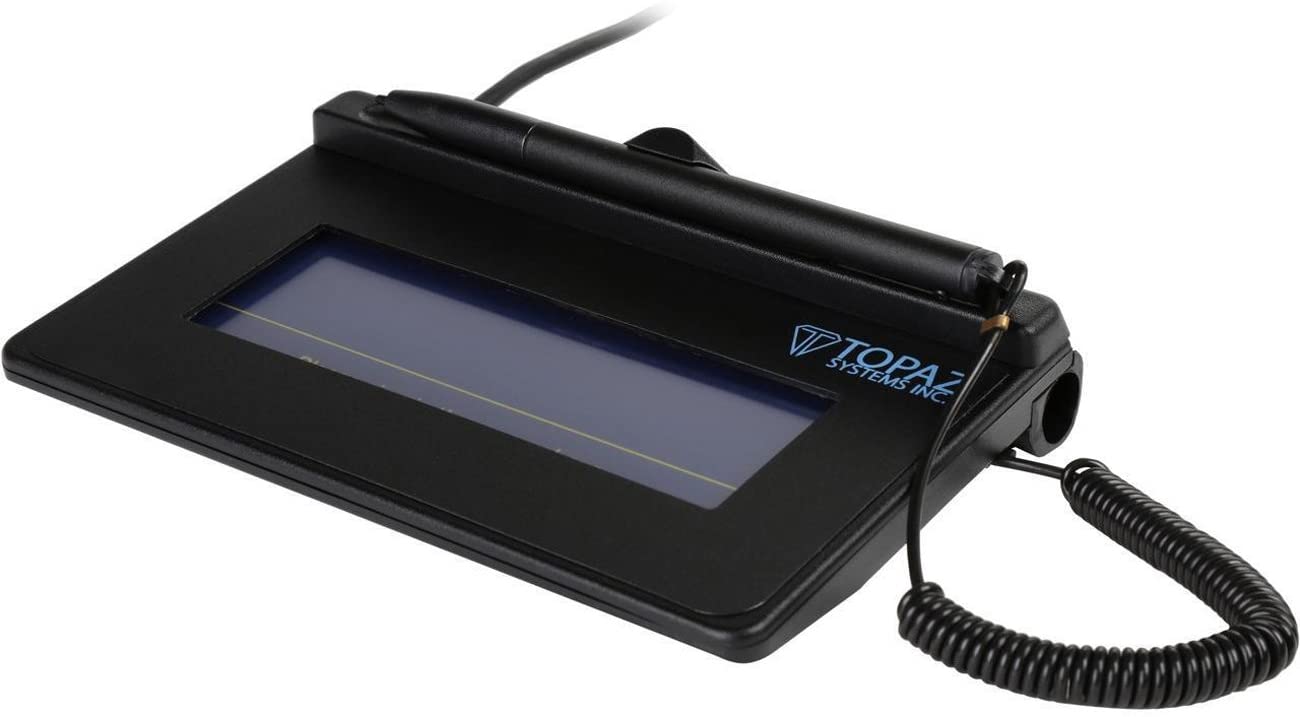 Main question: at a high-level, what are the legal implications of a 'free-floating' digital signature?

You are entitled to at least see, and probably get a copy of, any document you sign. If you insist, they will have to show you or give you a copy. It may well be that they are supposed to give you a copy even if you do not ask. But if you are going to insist, allow a bit of extra time at such appointments.

If they describe the document, even in rather general terms, your signature is probably binding, unless they have significantly misrepresented the document. If they tell you it is consent to be treated and it is actually an agreement to purchase a timeshare, that would be fraud and the document would not be valid, but that would be very unlikely. There might be some provision that you do not like, but such agreements are usually fairly standard, and also usually not very negotiable if you want service at that office. Still, it is better practice to at least look over and get a copy of any document you agree to.

Are these signatures legally binding?

At law, if you sign a document, you assert that you understand it and agree to be bound by it - it doesn't matter if you have read it.

Now, everyone knows that most of us sign many documents without informing ourselves fully of the consequences. Judges both know this and, no doubt, do this themselves. However, this is not an excuse for a practical and pragmatic reason - if we could disclaim our signature just because we claimed later that "I didn't read it", then signatures would become worthless as evidence.

While you have to have the opportunity of reviewing the document (and I'm sure they'll show it to you if you ask), you don't have to review it. But, if you don't, that's on you.

If I was shown one of these documents under oath, I could honestly say I had no knowledge of what the content was. Can I have 'had the intention' [sic] to sign a document without ever seeing it?

I don't understand how you claim that you lacked the intention to sign something that you signed. Are you claiming that your writing hand became possessed by a ghost or a demon and signed the document itself? Does your hand sign documents while you are asleep?

You consciously picked up a pen and signed the document - therefore, you intended to do so. Provided that you were not coerced, drunk, drug-affected or under some other legal incapacity, your intention was clear. And no, the fact that it takes time to read and understand the document and we are all time poor is not coercion.

I only signed a blank screen with limited or no other context. Should I be refusing to sign?

I can't give you legal advice.

You need to do your cost-benefit analysis. Are the costs of taking the time to read the document, either thoroughly or by skimming, more or less than the risks of agreeing to an unknown liability?

If you are buying a house, a car or a mortgage, almost certainly yes. These are big, long-term commitments that will substantially impact your finances for many years.

If you are signing up for a pay-by-month phone or internet plan, maybe not. The commitment is small and easy to get out of, the terms between providers will be very similar and there is a fair amount of consumer protection and the risks are correspondingly low.

If you are signing a medical consent form? Well, in most of the world this would fall into the mobile phone plan category. In the United States, it's probably more of the mortgage category because involuntary servitude appears to be legal there for prisoners and people who owe money for medical bills [that's a joke - just not the funny type of joke].

Even if they show me something, how do I know that's what my signature is being applied to?

A number of commenters have raised issues about proving that the document purported to be signed was the document that was actually signed, either in general or in the particular circumstances. Those are irrelevant to the question!

On the facts as stated: I signed a document I didn't read, am I bound by it? The answer is an unequivocal and emphatic: Yes.

The facts may be disputed, and the method used may impose some difficulty on proving the facts if they are disputed, but that is the question: If I can prove I didn't sign the document, am I bound by it? That also has an unequivocal and emphatic answer: No. And the answer is the same even if you did read it. But it's a totally different question.

Not the answer you're looking for? Browse other questions tagged united-states new-york-state signature or ask your own question.

1
Is using a qualified electronical signature an option or a right legally seen?
4
Text message legally binding?
1
Is signing a document useless if no one checks the signature?
0
How do I know what I am signing on handheld digital stylus signature devices?
5
What is the point of signatures?
3
Is a document signed using software considered legally binding?
3
Is an email legally binding for booking an apartment in Germany?
1
Document says "A and B" have some authority — does that require unanimity or not?
2
Can a federal agency refuse to accept a document because it doesn't have a wet signature?
1
Legally binding digital signature