Is it legal to commercially sell U.S. currency for LESS than its face value

While wasting time on Facebook I ran across this advertisement: 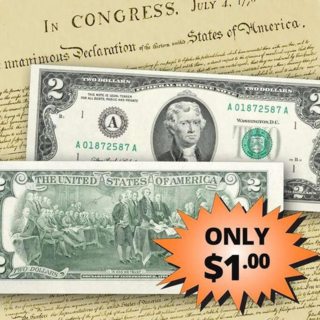 In the back of my head, something's telling me it isn't legal to do what the sponsor is advertising: I think it is illegal to sell currently circulating U.S. currency for less than its face value.

Is my memory right or wrong?

18 USC Ch. 17 contains the laws against doing things to US currency and coins, and sale of currency is not included. So it is legal to set currency for an amount above or below face value, the former being more common. There might be some illegal aspect to the particular offer (money laundering, fraud – implying that they are real money, counterfeiting) but no law regulates the "sale" of US currency.

Obviously, selling U.S. currency for less than face value is not a sustainable business proposition. It is so suspect without strings attached, that it would attract attention as way to launder stolen currency otherwise. At any rate, generally, the law doesn't punish you for engaging in self-punishing transactions.

One presumes that there are some strings attached to the offer - at a minimum setting up an account to facilitate future transactions in a "loss leader" transaction, and possibly a tie in with some other purchase (possibly with a right to cancel or return the goods at no extra charge except possibly shipping) that makes the whole transaction nothing more than fanciful way to describe a $1 coupon on the transaction as a whole.

Sure. Banks do it all the time when they charge fees for withdrawing currency from ATM machines. Even if you believe that they are charging fees for a "service", the same can be said about any transaction. They also sell rolls of coins for more than the nominal value of the coins.

One may want to argue that banks sell it for more than the nominal value rather than less.

But then the counterparty is doing the opposite.

That answers the actual question.

Not the answer you're looking for? Browse other questions tagged united-states currency or ask your own question.

10
Is it legal to sell something that uses another product as one of its ingredients?
1
What is the legal basis for determining the value of a securitized collection of debt?
4
Is it illegal for a family member to keep a U.S. certificate of naturalization or passport from its adult owner?
1
How does the U.S. legal system control for definitional changes?
3
I have multiple Gift Cards for a retailer but they refuse to let me apply more than one per order. Is this legal?
59
Is it truly illegal for the US Armed Forces to hire someone whose IQ is less than 83?
10
Is it legal to sell suspected or proven counterfeit US currency?
2
Is it legal for someone to sell access to an American politician?
3
Is it legal for a US city to create its own currency?