Correct me if I am wrong to distinguish between medical emergencies and non-emergencies. But here I'll focus on NON EMERGENCIES here Undeniably, physicians can refuse patients with good reasons — "If the waiting times for a service are too long you may be told about different places you can get the same or similar treatment." "Each NHS trust can decide which types of behaviour could lead to treatment being withheld or withdrawn and how such policies are implemented."

In the NHS, you must book a consultation with a physician — 1. your Offer. The physician or her clerk must accept your officer — 2. Acceptance.

Your consultation causes the NHS to pay the physician — 3.1. Patient's Consideration to Physician. The physician is supposed to assist the Patient — 3.2. Physician's Consideration to Patient. Furthermore, under the Contracts (Rights of Third Parties) Act 1999, s 1, patients can enforce the contract between the NHS and physician because this contract undeniably "purports to confer a benefit on" patients.

4. Intention to create legal relations is obvious — GMC guidance is clear: “Wherever possible avoid providing medical care to yourself or anyone with whom you have a close personal relationship.”

5. Certainty of Terms isn't an issue, if you frame it broadly as a Patient's receiving medical assistance or advice from a Physician. Thus 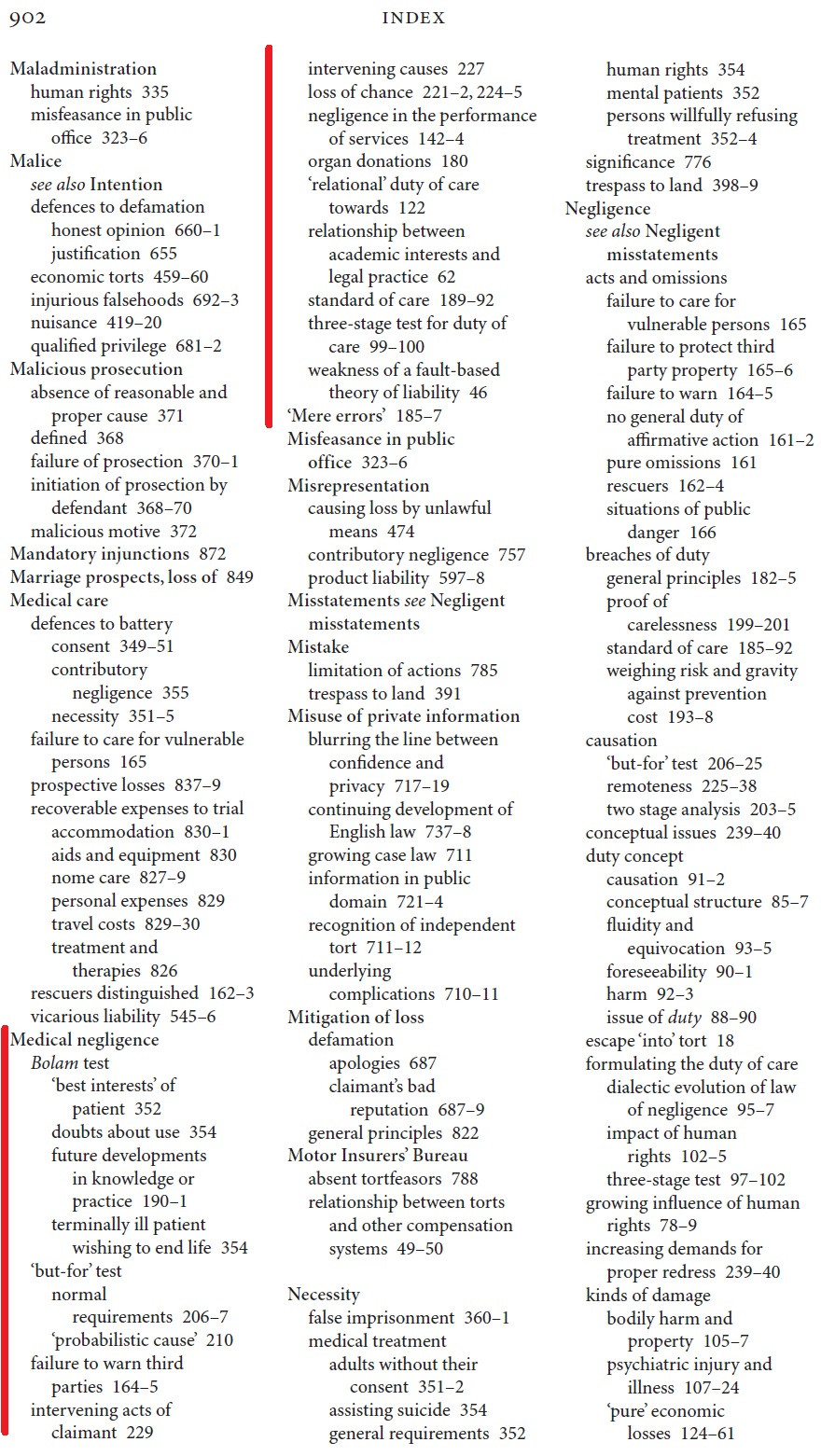 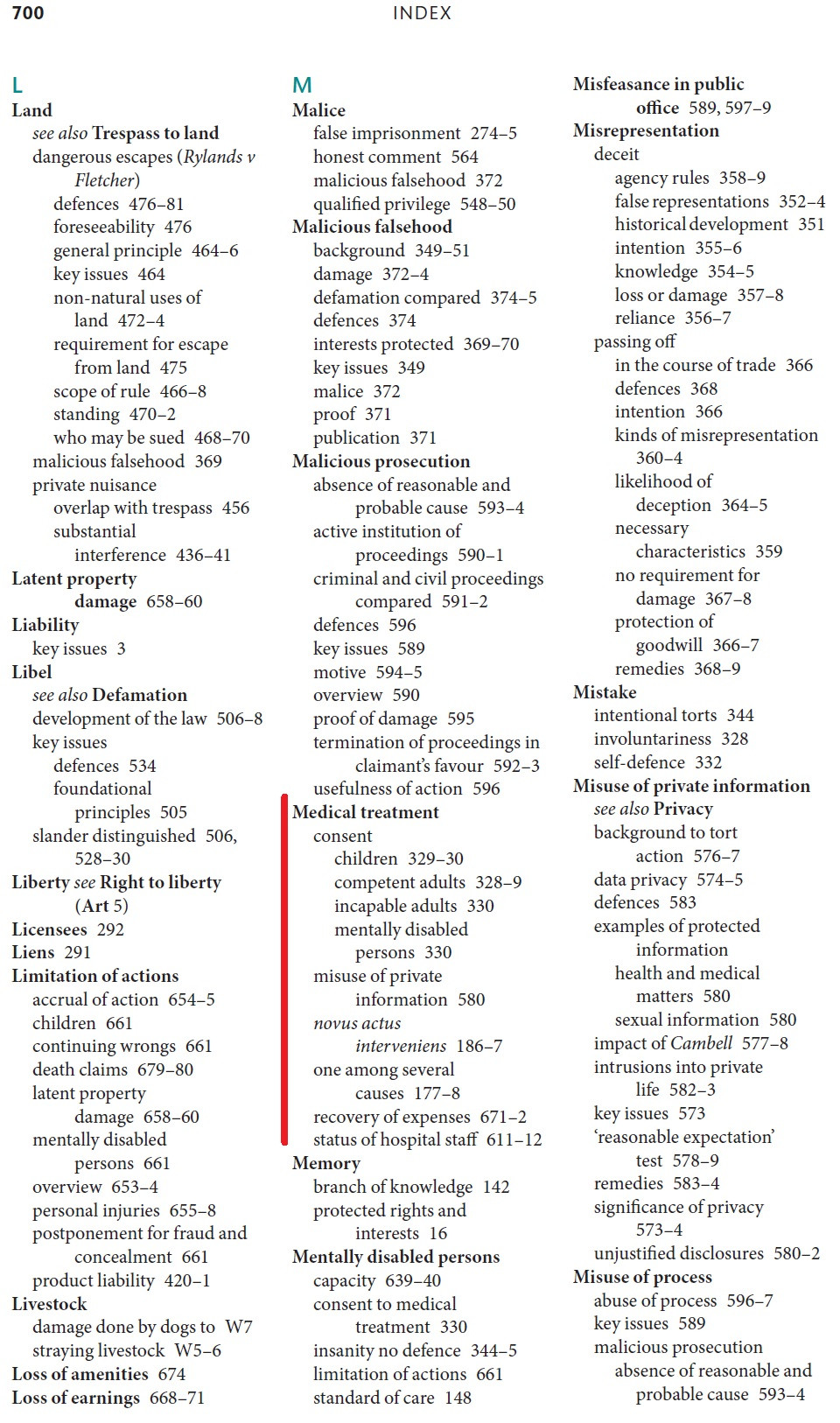 Your question has three possible nuances:

A.) Given the law is as it is why does contract law not cover medical malpractice in the NHS? - My answer below is directed to this

B.) Why has the law developed such that medical malpractice is covered by Tort - David Siegel's answer is directed to this

Given the law is as it is why does contract law not cover medical malpractice in the NHS?

First of all, causing a third party (in this case the NHS) to make a payment to your doctor could in theory constitute good consideration - after all that is what happens every time you pay for something with a credit card. That is not the main problem.

The main problem with the argument that an NHS patient has a contract with their doctor, would be the lack of intention to create legal relations (which is a requirement for the creation of a contract). When you book a consultation, the doctor will understand that to simply be a registered patient availing themselves of the free service on offer. The doctor will not understand it to be a contractual offer (and could not reasonably be expected to) so there will be no contract for that reason. You quote a passage from NHS guidance which says that doctors should not treat close relatives. I'm assuming the reason you quote this is that the fact that an agreement is with a friend or relative is a factor which can mean that there are no legal relations. This is generally true - it is a factor. But the converse does not apply. The fact that there is a transaction with a stranger does not automatically mean that there is an intention to create legal relations. It depends on the facts and how a hypothetical bystander would understand them.

Let me give an example. Suppose you are walking down the street and you see someone ahead handing out free newspapers. When you get to them you hold out your hand, indicating that you would like one, and are given one.

Now how does this look to a bystander - who is not a mind reader but just someone interpreting the parties intentions from what they can observe?

The bystander would say that someone was offering free newspapers and you took one. End of story.

Now if you are a clever law student you might come up with an argument which is that by holding out your hand you (A) are making a contractual offer to the person handing out the free newspapers (B) that you will accept a newspaper from them - and thus trigger a payment to them from the company which pays them to give out free newspapers - if they give you the newspaper. This works logically but it lacks reality - you always have to go back and ask the question: how would this look to a bystander? A bystander would not understand you putting out your hand to receive a free newspaper as a contractual offer.

It is much the same with any free service. If someone is offering a free service and someone desiring to receive the free service simply does something practical to present themselves to receive the service (e.g. by making an appointment) that will not normally be understood as a contractual offer.

So, in my view, there is no contract between doctor and patient in the above situation but note that if there were a contract then that would not mean that the matter was just covered by contract - it would be covered by tort as well.

There must be few situations where a contract claim has any advantage over a tort claim (now that Healey Byrne has established that pure economic loss is recoverable for negligent misstatement) so, as a practical matter, a legal practitioner would not generally bother trying to prove a contract if there is a clear tort claim and the existence of a contract is doubtful.

There is good reason for making medical malpractice a tort as well as a matter of contract law. More exactly, several good reasons.

First of all, when one person does harm to another, either intentionally or through negligence, it is normally a tort in a common-law system. This is true even if the parties are also in a contractual relationship. There is no reason why malpractice should be any different in this matter.

Making malpractice a matter of contract law when there is a contract, and tort law otherwise, needlessly complicates the law to no particular gain. And denying any relief if there is no contract is unfair and poor policy.

Thirdly, the law already imposes obligations to the patient that are not contractual, in particular the obligation of confidentiality (that one goes pact to classical times). Imposing the obligation to use reasonable professional skill and judgement is only parallel to the other obligations.

Fourthly, treating malpractice as a wrong, similar to what would now be called a tort, has a very long history. It goes back far beyond the NHS system now current in the UK. As a recent article in the AMA Journal of Ethics says:

Legal responsibility for medical malpractice is not a new concept, with a history that can be traced back to the Code of Hammurabi in 2030 BCE [1]. Roman law recognized medical malpractice as a legal wrong, and this concept was expanded and introduced to continental Europe around 1200 CE [1]. English common law, from its medieval origins, “provide[s] an unbroken line of medical malpractice decisions, all the way to modern times”[2]

Fifthly, If malpractice were solely a matter of contract, it could be contracted away. A doctor could insist on a waiver of the right to sue as a condition of treating a patient. A tort is much harder to waive, and in many cases cannot be waived by contract. Public policy would not favor allowing medical responsibility for negligence to be easily avoided.

And finally, a key reason in most questions of "Why is the law as it is?" That is how the law has developed. A legislature could change it, and obliterate the tort of malpractice. No legislature that I know of has done so. Indeed I do not know of any significant group or body of opinion urging legislatures to take such a step. Legislature are not required to give reasons for their actions, much less their inactions.

Your consultation causes the NHS to pay the physician — Patient's Consideration to Physician.

Consideration must flow from one party to the other. Payment by a third party does not create a contractural relationship between the other two.

The NHS is providing a government service to the patient. Actions of government as a government do not form contracts even if a fee is paid.

The physician has a contract with the NHS. Actions of government that are not fulfilling the role of government (I.e. are paying people to provide goods, services or labour to them) are contractural.

Dale M♦Dale M
138k1111 gold badges147147 silver badges255255 bronze badges
3
Add a comment  |
Law Stack Exchange is for educational purposes only and is not a substitute for individualized advice from a qualified legal practitioner. Communications on Law Stack Exchange are not privileged communications and do not create an attorney-client relationship.

1
Why did Lord Devlin bring up "the doctor accepted half a guinea for his trouble"? Don't NHS doctors receive consideration, even if patients don't pay?