Austria plans to impose fines for those who refuse to get vaccinated against COVID19:

Under the government’s plan, authorities will send out invitations to vaccination appointments to the 2 million people who are not yet fully vaccinated, and after Feb. 1, will begin imposing fines of around $4,000 on those who refuse to attend. In the meantime, when the current lockdown lifts on Dec. 13, restrictions will stay in place for unvaccinated people. https://time.com/6123087/austria-covid-19-vaccine-mandate-protests/

However, at level of the European Union, vaccines are not mandatory and in fact COVID-19 travel certificates must prevent 'discrimination'.

Austria has promised the coronavirus vaccination will not be compulsory, despite concern about a rising anti-vaccination movement in the country.

In short, if a EU country decides that the vaccine should be mandatory, especially when they promised again and again it would not be compulsory, wouldn't that raise law-related problems? Is it legal?

.. if a EU country decides that the vaccine should be mandatory, especially when they promised again and again it would not be compulsory, wouldn't that raise law-related problems? Is it legal?

Yes, it is legal since public health is classified as a shared competence where the European Union does not exercise its own competence and therefore within the competence of a member state to decide.

The European Union coordinated the creation and implementation of the EU Digital COVID Certificate, but it is up to the member states to decide under what conditions (and to whom) a certificate is to be issued and used. (shared competence)

Protection of health, due to experiences of the past, is often considered (depending on the jurisdiction) a major task of national governments.

During the Black death (where no vaccination was available), many countries took extreme measures to protect their population. Although the concept of isolating people to prevent the spread of disease had already existed, the term quarantine originated during this period.

Since the early 19th century (1807 in Bavaria), some countries imposed compulsory vaccinations to eradicaticate smallpox where it was deemed as a danger to the whole population. 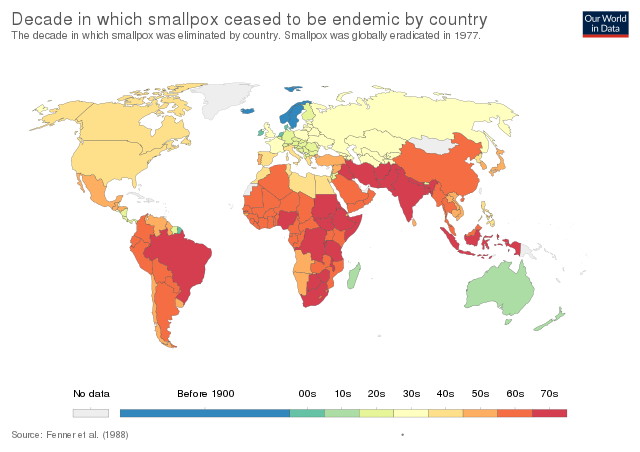 History has shown, when faced with no other choice, a country will exercise any extreme measure needed for the benefit of their population.

Due to the smaller amount of Exclusive competences in important areas, the European Union is more of a Confederation than a Federation (such as Canada and the United States).

Not the answer you're looking for? Browse other questions tagged european-union medical covid-19 austria vaccine or ask your own question.

21
Can a vaccine be required by law?
2
Can insurance companies in the US give a premium discount to people who get a COVID-19 vaccine?
0
Governor signs executive order that bans mandated use of Covid-19 vaccine passports
21
When will Pfizer et. al. be liable for injuries caused by the COVID-19 vaccine?
1
Is refusing service to unvaccinated equal to a vaccination mandate?
0
What are a business's obligations now that the Biden (OSHA) administration has suspended enforcement of its business vaccination mandate(s)?
1
Is it legal for my boss to require I take the covid 19 vaccine?