Why was the video evidence heavily debated in the Kyle Rittenhouse case?

During the Kyle Rittenhouse Trail, on days 6 and 8, questions were raised about the program used to enhance the video evidence. The program, Amped FIVE, was used for the drone footage. To do this, Amped FIVE employs interpolation algorithms. Because of this, a dispute broke out between the prosecution and defense. These debates ranged from what is an interpolation, to whether the program added colors. James Armstrong, the senior forensic imaging specialist responsible for producing these enhanced videos, was brought in the courtroom to explain the process. What followed was truly interesting.

My main concern was with how the defense went about justifying why the drone footage should not have been used. I admit I do not understand court procedures and several things had me scratching my head. I would like to preface this by saying I understand it is the job of the defense to protect Kyle Rittenhouse. However, I felt did not make the best case.

When questioned about the algorithm, on multiple occasions the defense would ask Mr. Armstrong how the interpolation worked. However, every time he was asked, he could only provide them with what kind of interpolation was used. He admitted that he did not understand how it was programmed. And why would he? Interpolation is an incredibly complex process that requires advanced mathematics and computer science. Not only that but, companies purposely do not disclose this information to prevent people from reverse-engineering their products. These questions could only be answered by a computer scientist or mathematician who worked on the program. So why wasn't one brought in? Also, because of his ignorance, wasn't a majority of the questioning a waste of time?

Another problem arose when the defense was trying to explain interpolation, they used an example that oversimplified the concept so much that it seemed to no longer make sense. The red, purple, and blue pixel example was very flawed in how it was presented. I believe the example wouldn't even work for the nearest neighbor because it would not have turned the pixels in the middle purple. Although this was a poor example, the judge used this as a basis for his understanding of interpolation which worked in the favor of the defense. Also, the defense kept trying to make Mr. Armstrong admit things he did not feel comfortable with because of his lack of knowledge. They asked the same question about adding colors repeatedly and he could never answer. And the language they use like "add" and "manipulate" implies that the enhanced footage was deceptively altered to give the prosecution an advantage. Because of this, they tried to argue that the video was unreliable. Ironically, the defense submitted evidence that was altered similarly.

Lastly, why was a peer-reviewed process using an industry-standard program not allowed to be used? I am aware that the judge said the burden of proof is on the prosecution but didn't they already prove that the footage was perfectly suitable for use in the trial? The prosecution asked Mr. Armstrong whether the procedures were acceptable for forensic imaging.

I guess to sum everything up, why wasn't this handled better by both the defense and prosecution. I felt like the discussion went nowhere and all parties were incredibly ignorant. 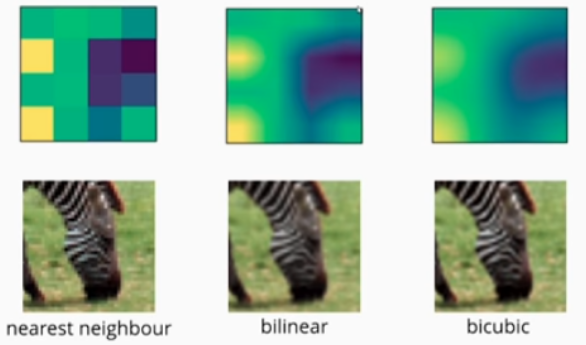 This case in particular had a lot of video evidence, and most of these issues were handled in motions in limine before the trial started. However, the drone evidence in question was dropped at the prosecutor's office after the trial started, so the prosecution did not really have time to hire and voir dire an expert witness on Amped 5 (keeping in mind that the defense similarly had little time to review and account for the new evidence in the middle of trial). Since the defense in this case were cross-examining the witness, they have some leeway to present an argument with their questioning like they chose to do with the red/blue pixel drawings. As I recall the judge allowed the evidence as-is, so it does not appear that the defense's arguments were persuasive to the judge.

I'm not overly familiar with this case, so will answer in general terms:

If the defence are not satisfied by a prosecution witness’s testimony then they are free to call their own witnesses in rebuttal, or to submit their own version of events and/or evidence to the jury.

As a side note; poor legal representation or case management by the defence team may be grounds for appeal (I don't know about the USA, but this is only available in extreme circumstances in England and Wales).

Not the answer you're looking for? Browse other questions tagged united-states evidence trial or ask your own question.

3
Is this a legitimate Title IX investigation or is this an abuse of power by the Title IX coordinator?
5
Why does double jeopardy apply even when the acquittal was due to insufficiency of evidence?
0
Why was video evidence released after the trial ended in the Daniel Shaver murder case?
10
Can killing be "self-defense" if you are committing a crime yourself?
27
What was the relevance of 'crossing state lines' in the Kyle Rittenhouse case?
2
What would be different if Kyle Rittenhouse were 9 instead of 17?
0
Is Kyle Rittenhouse "out of the woods" or could he face Federal charges?
0
Why was a dead body found in the back yard not enough evidence to hold Dorothea Puente?